Jailbreakers who open their favorite package manager and refresh their sources this weekend will likely happen upon a peculiar and newly released jailbreak tweak dubbed FuturistiCam by iOS developer PlatYkor.

At first glance, FuturistiCam makes iOS’ native Camera app user interface look like something right out of a science fiction movie. It appears to bring custom aesthetics and sound effects to the Camera app so that it’s both fun to use for the end user and attention piquing to anyone who might be around you.

As depicted in the animated GIF below, you’ll see many of the effects FuturistiCam brings to the table, including a Stargate-themed overlay for the viewfinder frame, an on-screen guide, augmentations to the manual focus effect, histogram effects along the borders, and much more:

It should also be noted that FuturistiCam complements the above aesthetics with specially themed sound effects. Those sounds couldn’t be captured in an animated GIF, but just know that they go well with the intended theme. Furthermore, the developer was careful to ensure that sound effects are few and far in between to avoid unwanted annoyances to the end user.

Once installed, FuturistiCam adds a dedicated preference pane to the Settings app where users may configure the tweak’s parameters to their liking: 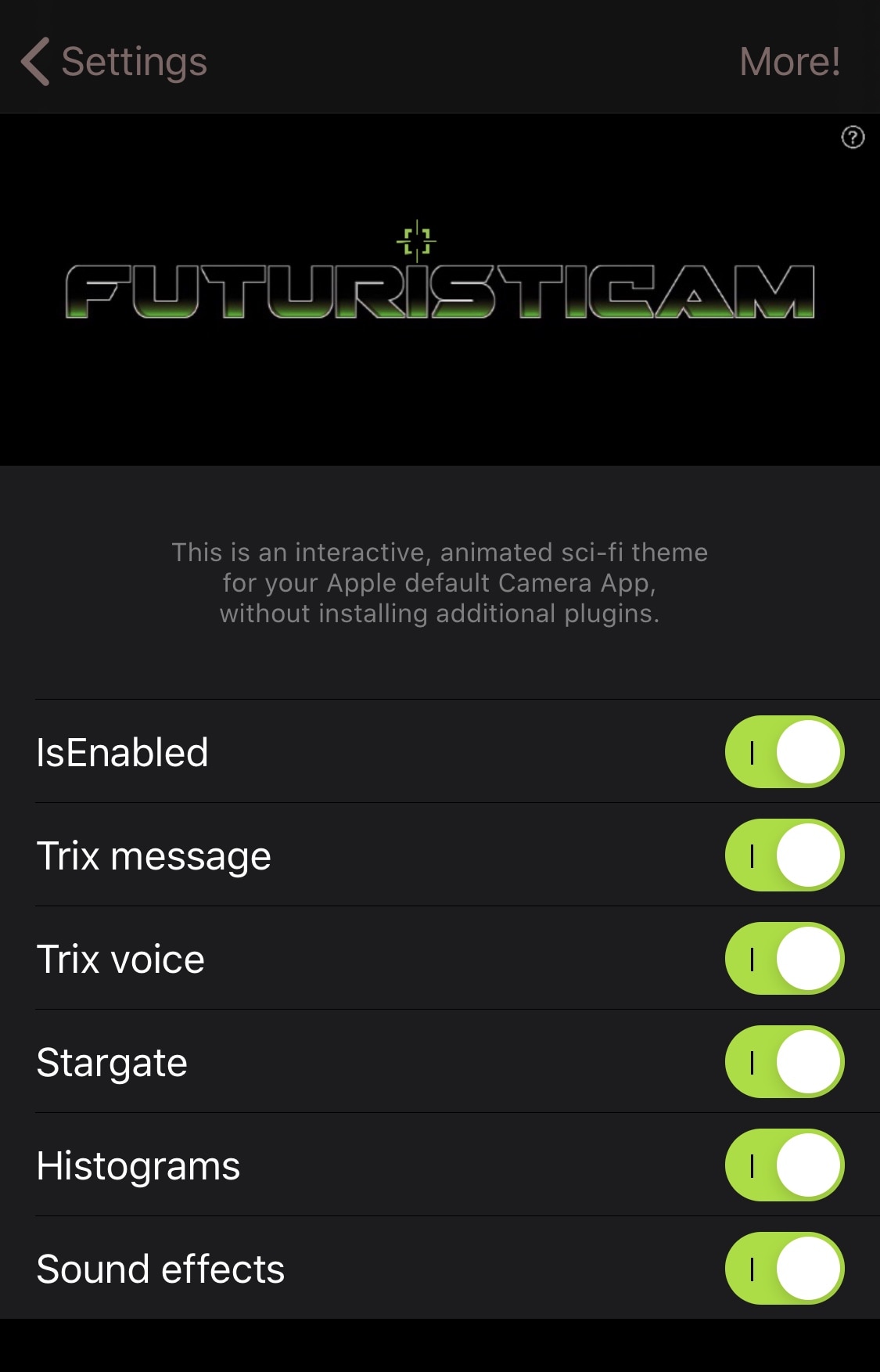 One of the things we like about FuturistiCam is that you can turn off the sound effects and still enjoy the aesthetics. While having both features enabled provides you with the best user experience possible, it’s understandable that you may want a silent Camera app experience in certain scenarios, and that’s where this comes in handy.

Those interested in trying the FuturistiCam tweak can purchase it for $1.40 from the Packix repository via their favorite package manager. FuturistiCam supports jailbroken iOS 12, 13, and 14 devices, however it has only been officially tested on certain device types as outlined in the tweak’s depiction.

What are your thoughts about the features that FuturistiCam brings to the table for the native Camera app? Be sure to let us know down in the comments section below.