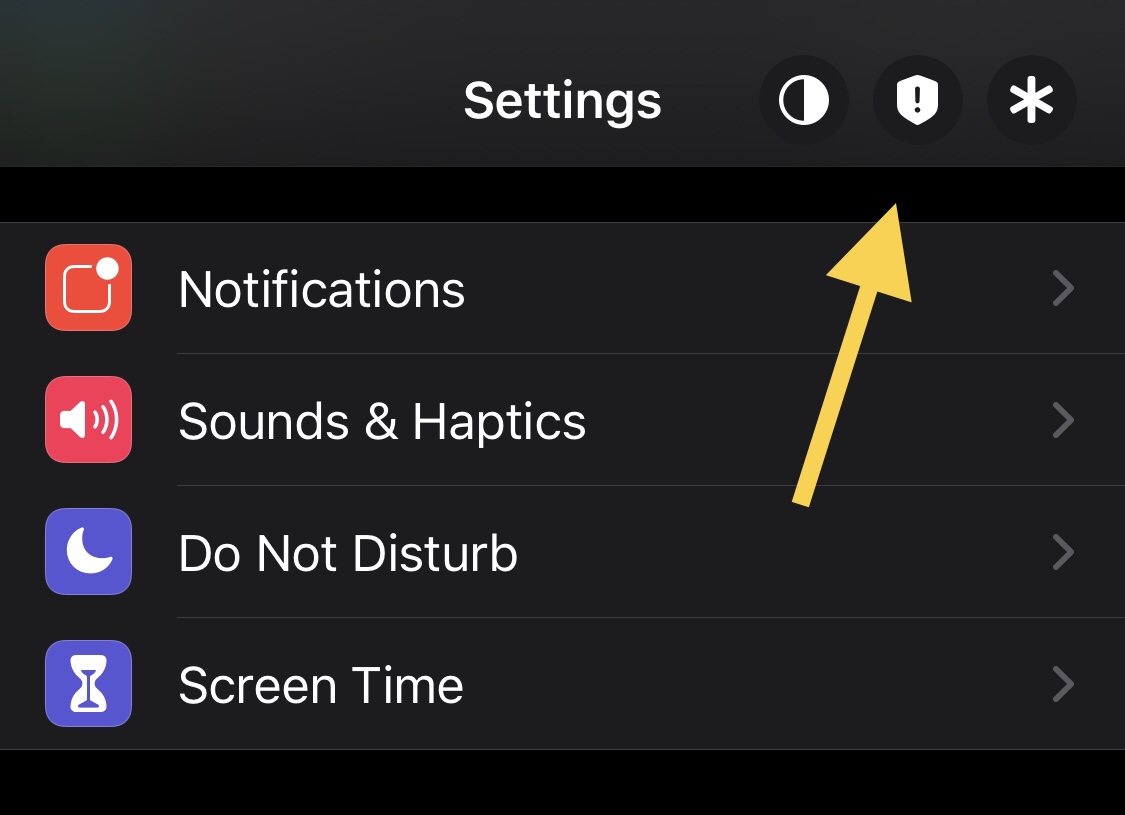 Jailbreakers with any interest or intention involving the augmentation of their iPhone or iPad’s Settings application should promptly turn their attention to a newly released and free jailbreak tweak dubbed SettingsButtons by iOS developer Ethan Whited.

SettingsButtons provides fast and easy access to commonly used toggles directly from the Settings app’s Navigation Bar, including but not limited to a Dark Mode toggle, a Respring button, and a Safe Mode button. Examples of these buttons are depicted in the screenshot example above.

Perhaps unsurprisingly, the Dark Mode toggle uses the same design as the one used in the Control Center interface, and appears to the far-left. The Safe Mode button appears as a caution symbol on a shield icon, and appears in the center; tapping it reveals a prompt asking if the user wants to enter Safe Mode or not — the user may turn back if they wish to. Lastly, on the far-right, is a Respring button designated by an asterisk — it does not display a prompt before respringing.

Because SettingsButtons hides away in the Navigation Bar, it looks and feels native and doesn’t get in the way of using the Settings app in any way. Best of all, it looks great and works well in tandem with the popular SettingsWidgets modules, which can make the Settings app even more informative.

SettingsButtons doesn’t come with any options to configure, so downloading and using the tweak is literally just a tap away. Those interested in doing so may download SettingsButtons for free from the Twickd repository via their favorite package manager. The tweak supports jailbroken iOS 13 and 14 devices.

Do you plan to upgrade your Settings app with the new SettingsButtons tweak? Let us know down in the comments section below.