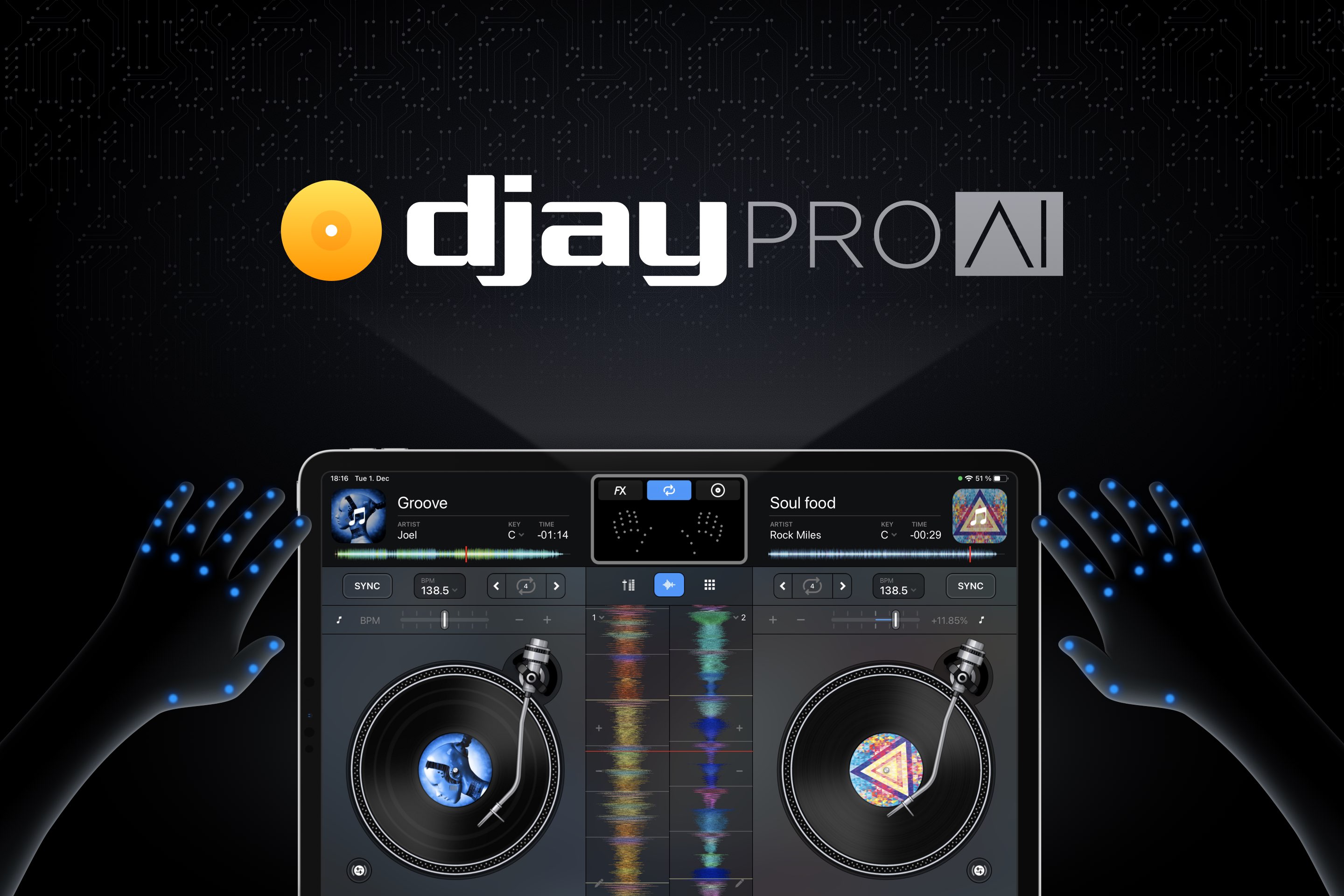 German developer Algoriddim is turning air DJing into a reality with an update to its djay Pro AI iPad app, now available on the App Store, which brings a new gesture control feature.

Taking advantage of the device’s front-facing camera, machine learning, iOS 14’s new software framework for computer vision and the extensive power of the A14 Bionic chip, you now have full gesture-based control of the iPad app. This lets you mix and manipulate music on your Apple tablet hands-free for the very first time.

Leveraging the power of the A14 Bionic chip on iPad, hand gestures are intelligently detected in three dimensional space and mapped to advanced DJ performance techniques in real time, with maximal accuracy and instantaneous reaction time.

Check out this performance video by DJ Ravine to get the idea.

In other words, it is now possible to scratch, create loops in sync with the beat and apply filters and effects to tracks in djay Pro AI using only hand gestures! as an example, you can trigger an automatic transition from one song to the next by invoking a clapping gesture.

According to Algoriddim, this represents “a fundamental change in how DJs are able to orchestrate mixes, approach live performances and interact with mobile apps in general, offering a new visual dimension to live DJ sets”.

The feature is available as a free update for existing users of djay Pro AI on the iPad.

The update also brings other improvements and under-the-hood tweaks, including enhanced MIDI control, seamless access to users’ music files on Dropbox and Google Drive, the ability to display a visualizer alongside the virtual turntables and choose between live photos, streamed music videos from TIDAL or a favorite video from your device’s camera roll.

Download djay Pro AI for iPhone, iPad and Mac for free from the App Store. To unlock advanced features like Neural Mix, gesture control and an extensive library of sounds, loops and visuals, you can subscribe to the app for $7/€7£7 per month (a free trial of the full subscription is available across devices).