If you’ve owned any of Apple’s notched iPhones, be it the tried-and-true iPhone X, the shiny new iPhone 12 Pro, or a device residing somewhere between the two aforementioned handsets, then you likely know first-hand just how much real estate iOS wastes in the Tab Bar region of the display.

Fortunately for anyone who might be jailbroken, there’s a way to reclaim all of those wasted pixels, and it exists in the form of a newly released and free jailbreak tweak dubbed Home Slice by iOS developer biD3V.

The before and after screenshot examples above provide a comparison of what the App Store’s Tab Bar looks like both with and without the Home Slice tweak installed. The difference seems marginal at first glance, but when you remember that your iPhone’s display measures under seven inches, even just a, eighth to a quarter of an inch of reclaimed screen real estate can make a substantial difference in viewing power.

We should note right off the bat that Home Slice affects all apps with the Tab Bar integrated into them, and not just the App Store. In the rare instance that the tweak doesn’t play nicely with one of your apps, the good news is that the developer provides a way to disable the tweak on a per-app basis.

Once installed, Home Slice adds a dedicated preference pane to the Settings app where users can configure the tweak to their liking: 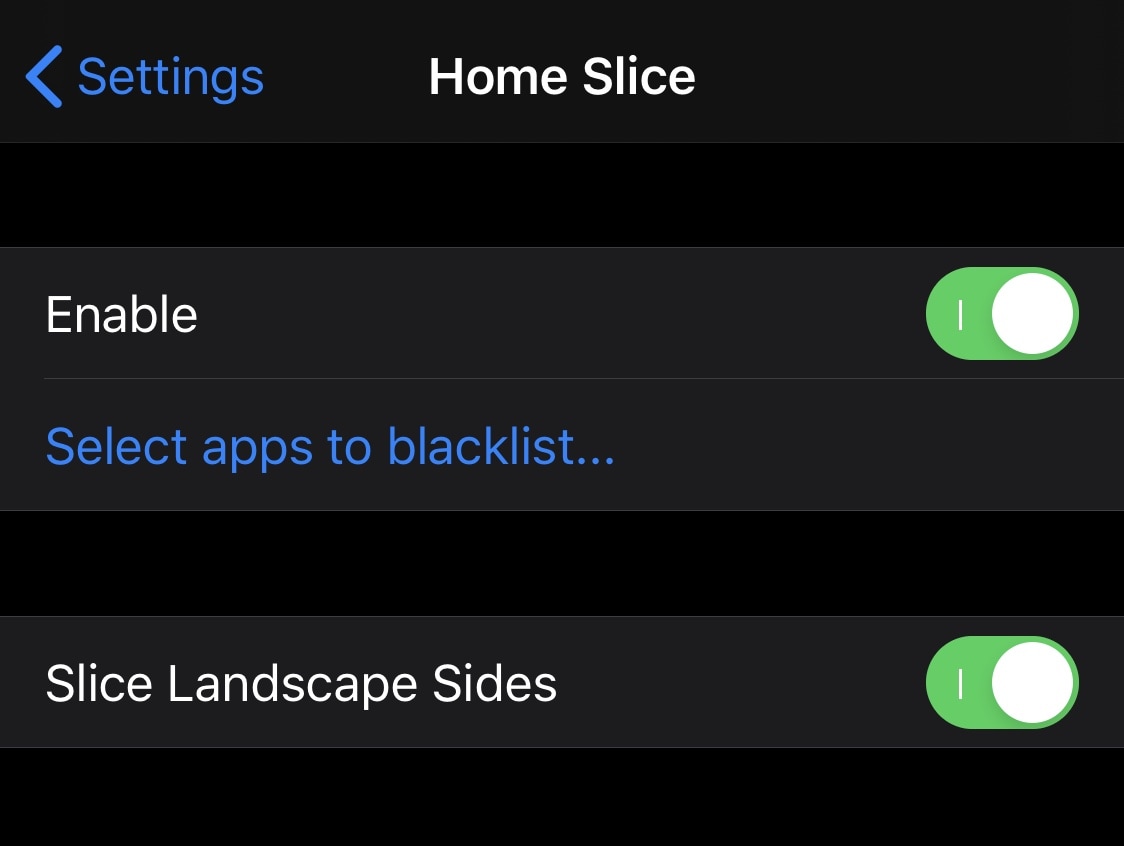 Home Slice isn’t exactly the most revolutionary tweak that we’ve ever featured on iDownloadBlog, but it’s certainly one that improves the user experience on notched iPhones. Some might shrug at the idea of a few extra pixels, but for someone who reads a lot of content in apps, it just might save you the trouble of a few additional scrolls since it allows you to see more content at a glance.

Those interested in trying Home Slice can download the tweak for free from biD3V’s personal repository via their favorite package manager. The tweak supports jailbroken iOS 11, 12, and 13 devices that have the Home Bar instead of the Home Button – or in other words – notched iPhones.

If you’re not already using biD3V’s repository, then you can add it to your package manager of choice with the following URL:

Do you plan to put your iPhone’s Tab Bar on a diet to reclaim additional viewing area? Let us know in the comments section down below.