As iOS 12-using jailbreakers might recall, the Chimera Team issued a new public beta of its Chimera jailbreak tool earlier this week with Procursus bootstrap and full libhooker tweak injection integration and a plethora of backported improvements from the iOS & iPadOS 13-centric Odyssey jailbreak tool.

Early Wednesday morning, however, the Odyssey Team took to Twitter to announce that Chimera version 1.5 had been officially released to the general public without the ‘beta’ asterisk attached to the name: 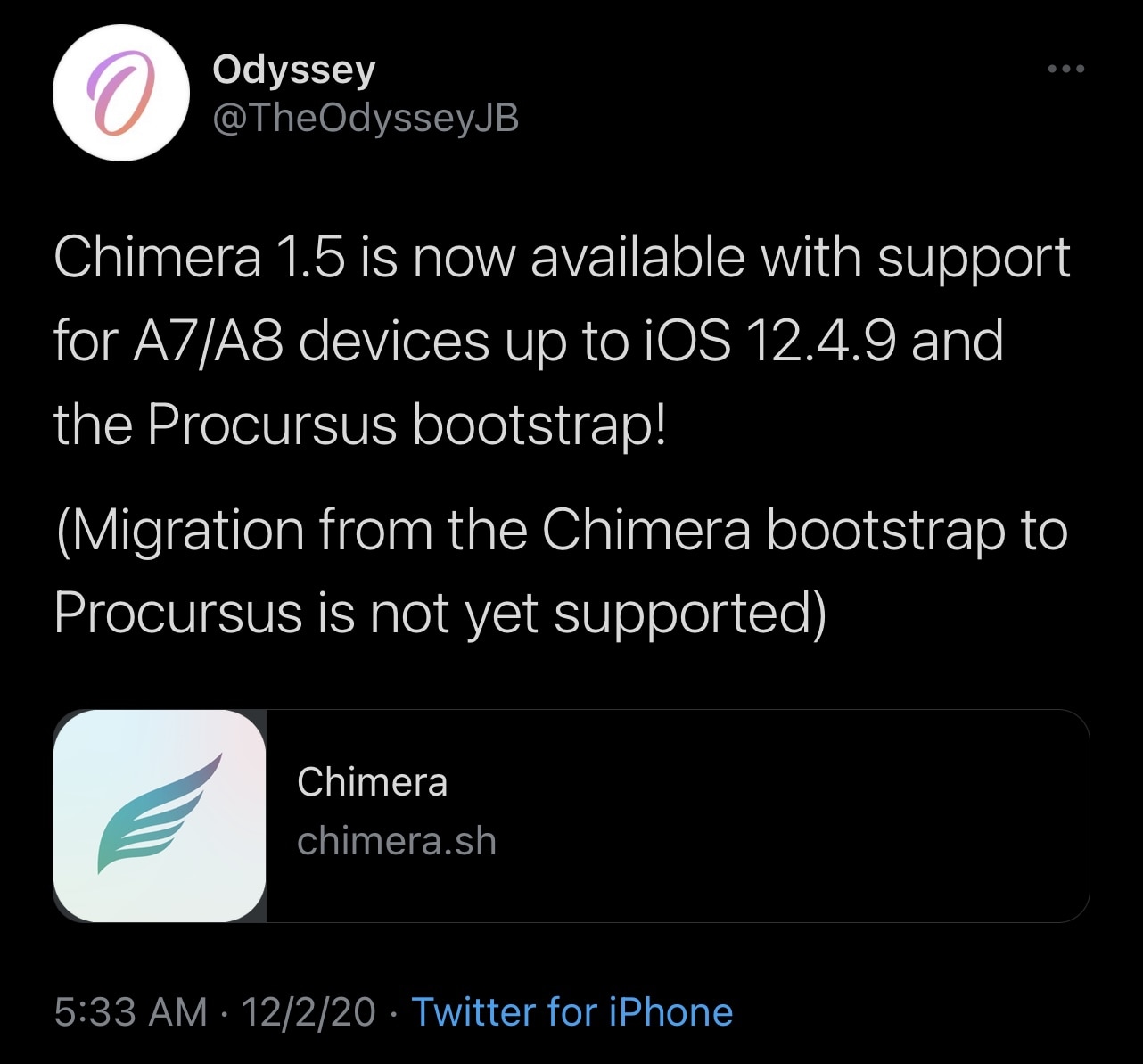 Citing the change log for Chimera v1.5, this release incorporates the following changes:

More details can be found in CoolStar’s official Discord announcement from Wednesday morning: 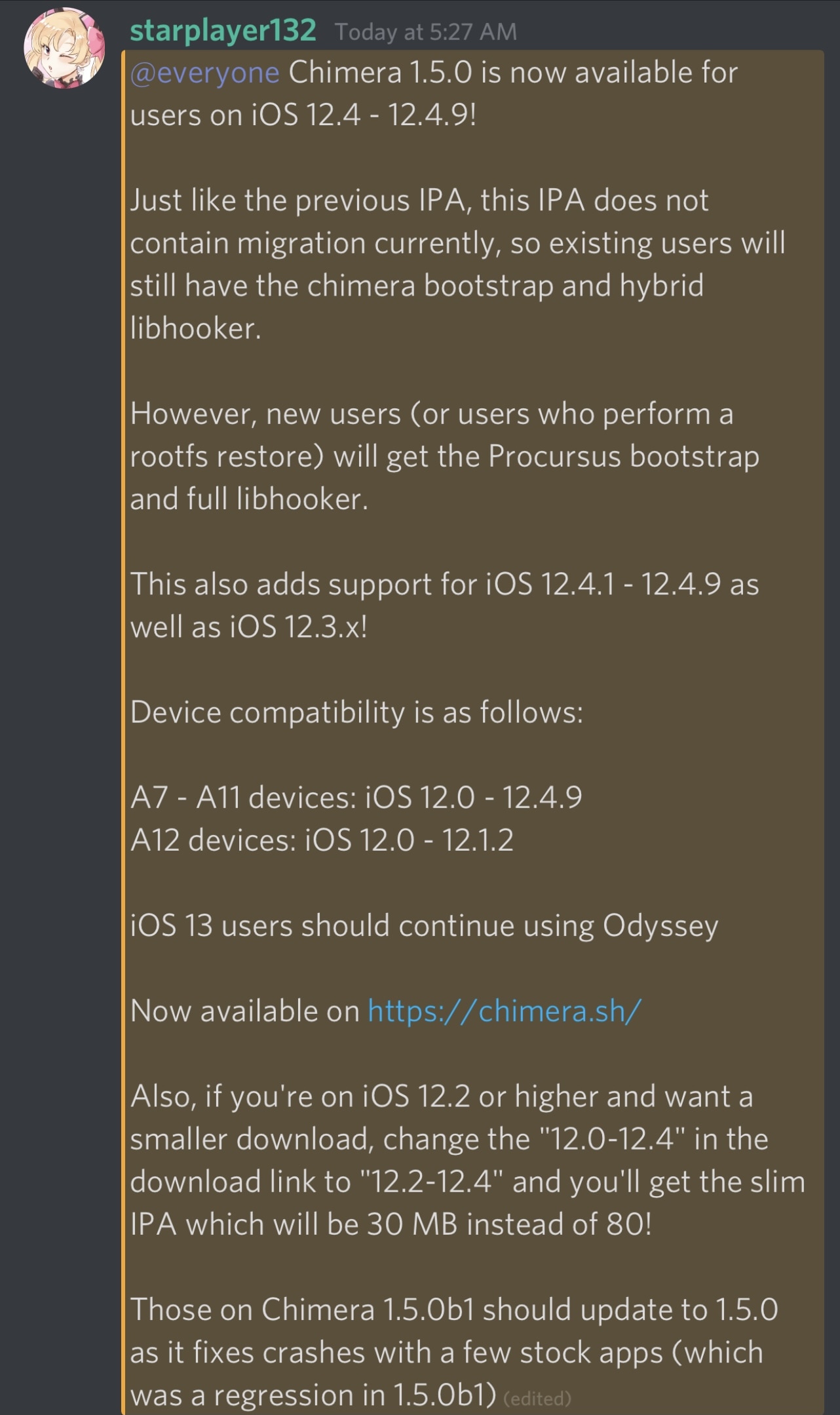 It’s worth noting that this update still doesn’t provide Procursus migration for those who’ve already used the jailbreak tool previously, which means that simply installing the latest version of Chimera over your existing Chimera jailbreak will retain the Chimera bootstrap and install a hybrid libhooker instead of the full-fledged version.

Avid Chimera jailbreak users may circumvent this caveat by performing a rootFS restore on their jailbroken iOS 12 device before deploying Chimera v1.5, and this should install the Procursus bootstrap and libhooker. We expect that full-fledged migration will come in a future update, as it would be unfortunate if the Chimera Team left its user base hanging…

Another interesting note is that because Chimera v1.5 now uses the Procursus bootstrap, it is cross- compatible with Odysseyra1n with reference to iOS 12 devices that have been jailbroken with checkra1n after having the Odysseyra1n bootstrap installed.

Chimera version 1.5 is recommended for all Chimera users, especially those who installed the recent beta, as it brings a plethora of improvements and an upgraded bootstrap, among other things that will benefit users. If you’re on iOS or iPadOS 13, however, then you should still use the Odyssey jailbreak instead of Chimera.

Those who want to use the latest version of the Chimera jailbreak tool can download it from the official Chimera.coolstar.org website. Those trying to visit the older Chimera.sh URL will find that it redirects to the new domain. Users may also follow our tutorial showcasing how to jailbreak with Chimera if they’ve never done so before.

Have you downloaded the latest version of the Chimera jailbreak tool yet? Let us know down in the comments section below.