WhatsApp is adding the popular ephemeral messaging feature to its mobile app for iPhone and Android. With the feature enabled, new messages sent to a chat automatically disappear after seven days. This is an optional feature: you can continue sending and receiving WhatsApp messages like before, without even turning on the option to use disappearing messages.

With the feature enabled, any new messages sent to a chat will automatically vanish after seven days. Chat participants can turn disappearing messages on or off at will. In WhatsApp groups, however, only admins will have the control to enable ephemeral messaging.

To enable the feature, open any WhatsApp chat and touch the contact’s name at the top. Next, choose “Disappearing Messages” and tap “Continue” (if prompted), then select “On.” A company spokesperson told TechCrunch that the 7-day limit exists regardless of whether the message gets read or not, with the clock starting counting when the message is sent.

“The way it’s currently designed is to give the sender confidence that after seven days their message is gone,” said the spokesperson. “The messages have no concept of being seen, for them to disappear, so they will disappear regardless of read status.”

According to the announcement:

We’re starting with 7 days because we think it offers peace of mind that conversations aren’t permanent, while remaining practical so you don’t forget what you were chatting about. The shopping list or store address you received a few days ago will be there while you need it, and then disappear after you don’t.

Ephemeral messaging will be rolling out to users everywhere this month. Because the feature is being rolled out in stages, check back in a few weeks if you don’t have it currently. 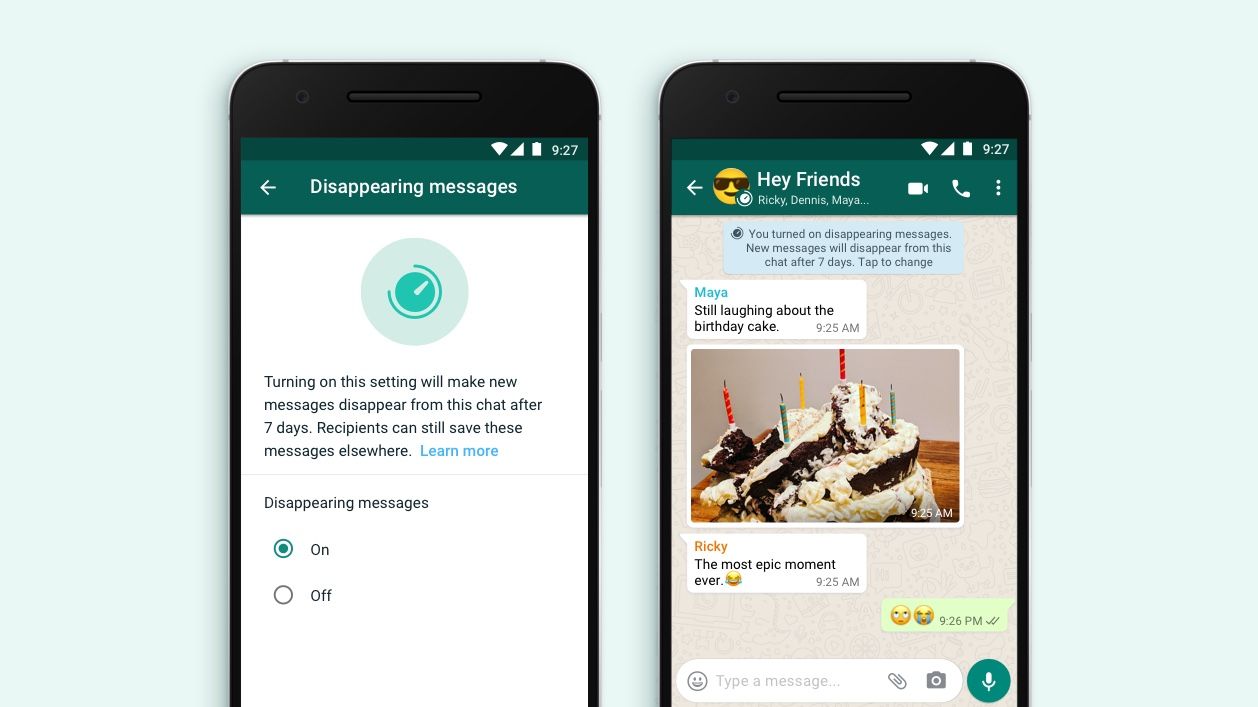 In previous feature updates, WhatsApp allowed you to mute a chat always instead of only one year. And with new storage management tools in WhatsApp Settings → Storage and Data → Manage Storage, you can bulk-delete items and free up space taken up by WhatsApp media.

WhatsApp for iPhone is a free download from the App Store.