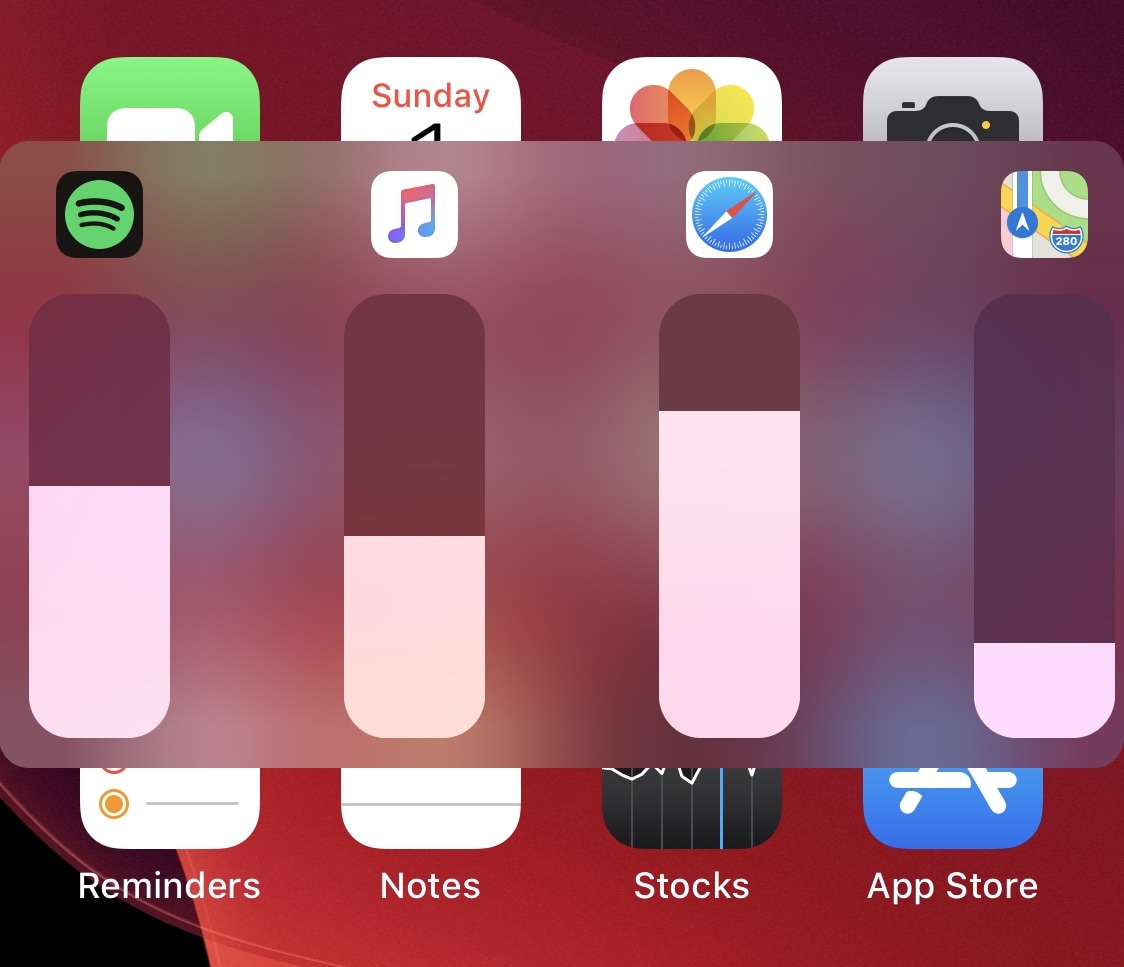 One of the things I’ve wished Apple would build into iOS and iPadOS for the longest time is the ability to control individual apps’ volume levels independently of one another. By that, I mean that I might want a higher volume level saved for my Music app as opposed to my Phone app, or perhaps a higher volume for my YouTube app saved as opposed to my favorite game apps.

While this isn’t currently a feature on stock handsets, the good news for those seeking functionality like what was described above is that a newly released and free jailbreak tweak called VolumeMixer by iOS developer Brend0n makes the concept into a very real feature.

As depicted in the screenshot example above, VolumeMixer offers a rather sleek interface for interacting with the configured volume levels of individual apps. This VolumeMixer interface appears whenever you press either of your handset’s two volume buttons or when you invoke a selected Activator action – whichever you might prefer.

Once installed, VolumeMixer adds a dedicated preference pane to the Settings app where a number of options may be configured however you see fit: 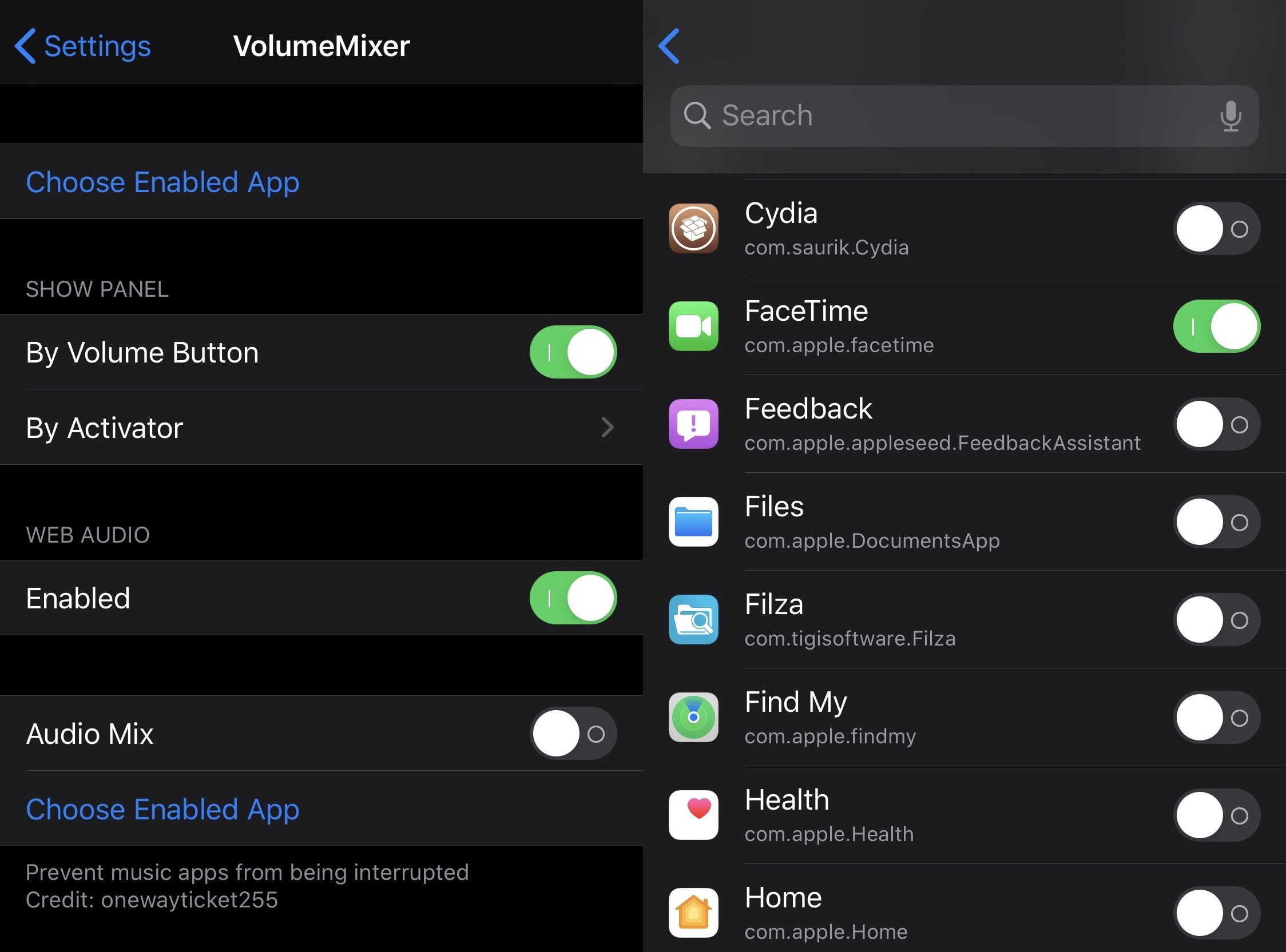 The idea of per-app volume level settings isn’t new, as tweaks like Volumizer have made this possible in the past, but it’s worth noting that VolumeMixer provides an aesthetically pleasing interface that some may prefer to use.

Those interested in trying VolumeMixer can download the tweak for free from the BigBoss repository via their favorite package manager. It’s also important to mention that the tweak supports jailbroken iOS 10, 11, 12, 13, and 14 devices.

What are your thoughts regarding VolumeMixer and its impact on iPhone and iPad volume control? Discuss in the comments section down below.