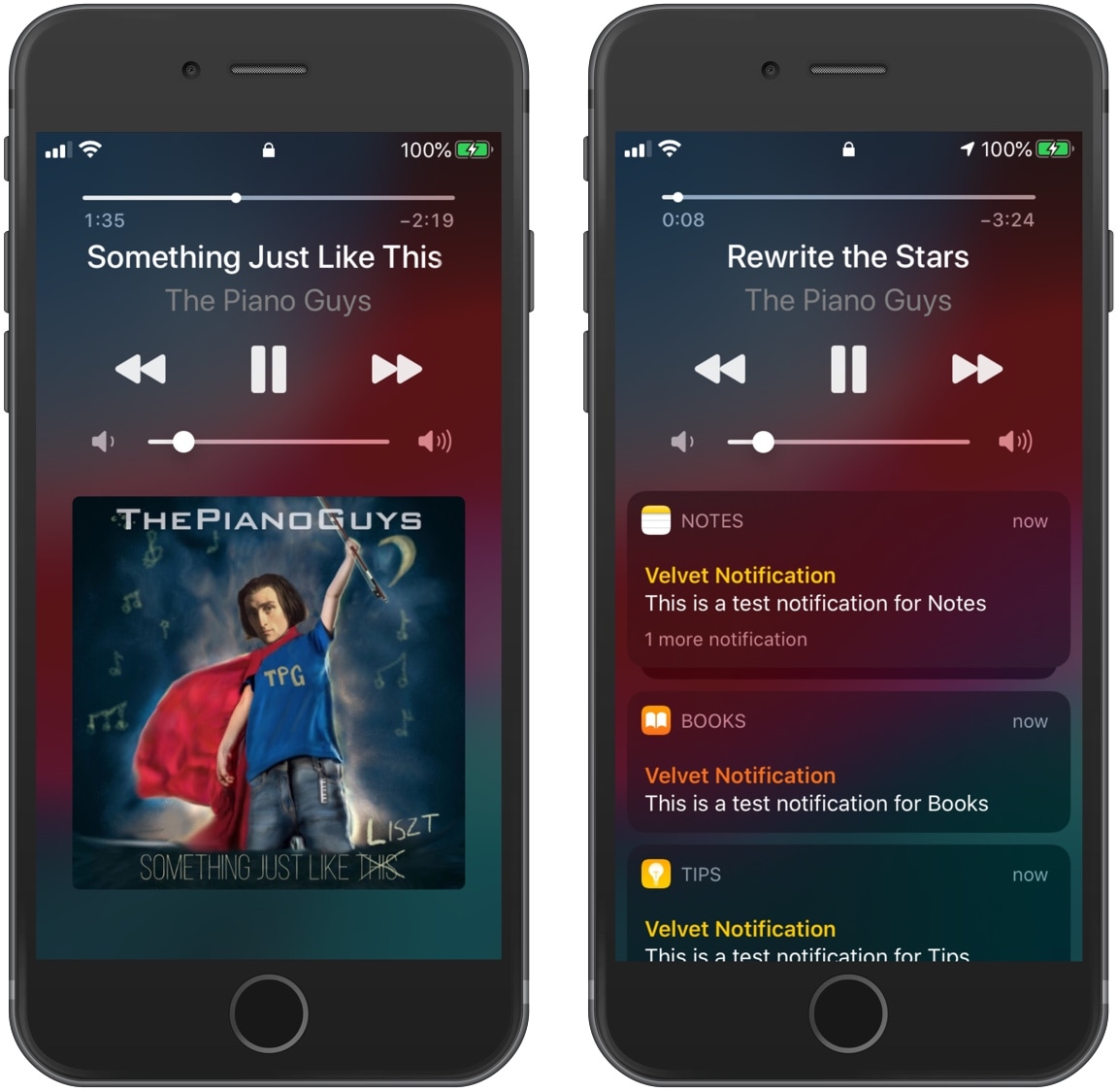 The iOS platform received a myriad of changes over the years, with many of those being functional changes and a smaller number being purely cosmetic. Perhaps one of the most iconic changes can be attributed to iOS’ Now Playing interface, which has evolved an awful lot since the days of iOS 9.

Unfortunately, not everyone appreciates all of the latest changes, and some even wish that the iOS 9 Now Playing interface would make an unlikely comeback. The good news, however, is that a new and free jailbreak tweak called NineMusic by iOS developer Minh-Ton can make this happen, at least on pwned handsets.

As depicted in the screenshot examples above, NineMusic invokes a classic iOS 9-esque Now Playing interface that fills the entire Lock Screen with the details about what’s currently playing. The familiar interface puts a massive emphasis on the track’s album artwork, while integrating useful music controls at the top alongside the song and artists’ names.

Not only did the developer do a wonderful job of recreating the most basic UI elements of this classic Now Playing interface, but careful attention was also applied to the behavior of incoming notifications, which take precedence over the album artwork as banners beneath the music controls.

NineMusic doesn’t have any hardcore options to configure, but users will find a kill switch for toggling the tweak on or off in a dedicated preference pane that gets added to the Settings app post-installation: 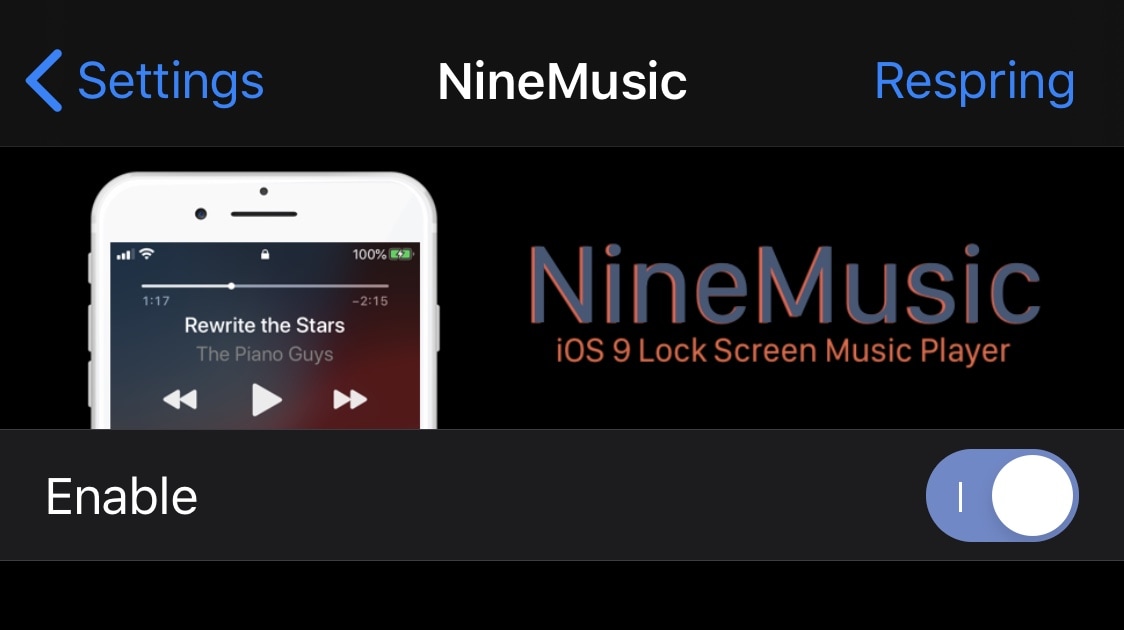 While some may favor the modern Now Playing interface over one that appears to take users back to a time when iOS wasn’t quite as sleek as it is today, the fact is that NineMusic provides a decent throwback for those who do prefer the classic, and frankly iconic, iOS 9 Now Playing interface.

Those interested in trying NineMusic can download it for free from Minh-Ton’s repository via their favorite package manager. The tweak supports jailbroken iOS 13 and 14 devices and is open source on the developer’s GitHub page.

If you’re not already using Minh-Ton’s repository, then you can add it to your package manager of choice via the following URL:

Which Now Playing interface style do you like the most – the one currently on your handset, or the iOS 9 style? Let us know in the comments section down below.