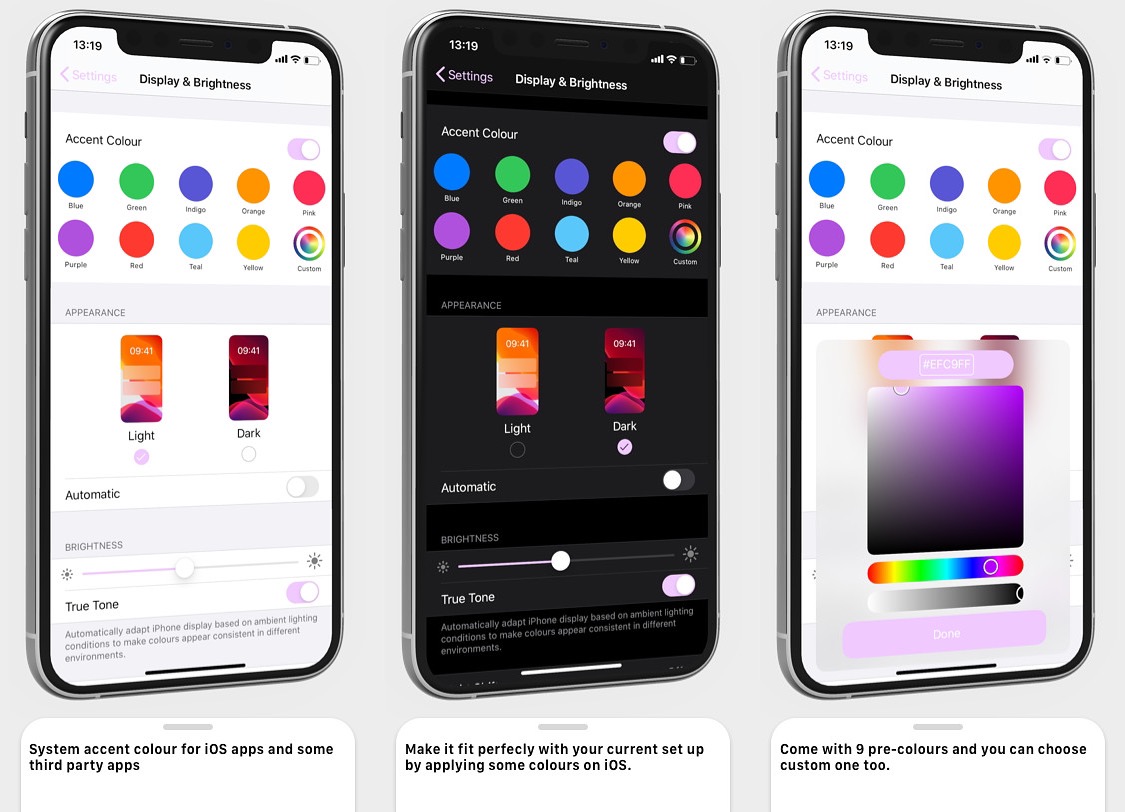 Apple has used the color blue to accentuate buttons, sliders, and more for as long as I can remember. But if you have a favorite color besides blue, then you might find it disappointing that Apple doesn’t offer any way to customize these color accentuations out of the box.

That’s where a newly released jailbreak tweak called Twister by iOS developer SouthernGirlWhoCode can help. This tweak provides users with the option to change iOS’ default accentuation color for the aforementioned interface elements, and it does so in a fashion that looks and feels like it was made Apple themselves.

As shown in the screenshot examples above, Twister adds a dedicated section to iOS’ native Display & Brightness preference pane in the Settings app where users can select the color they want to use for accentuations. Here’s a closer look: 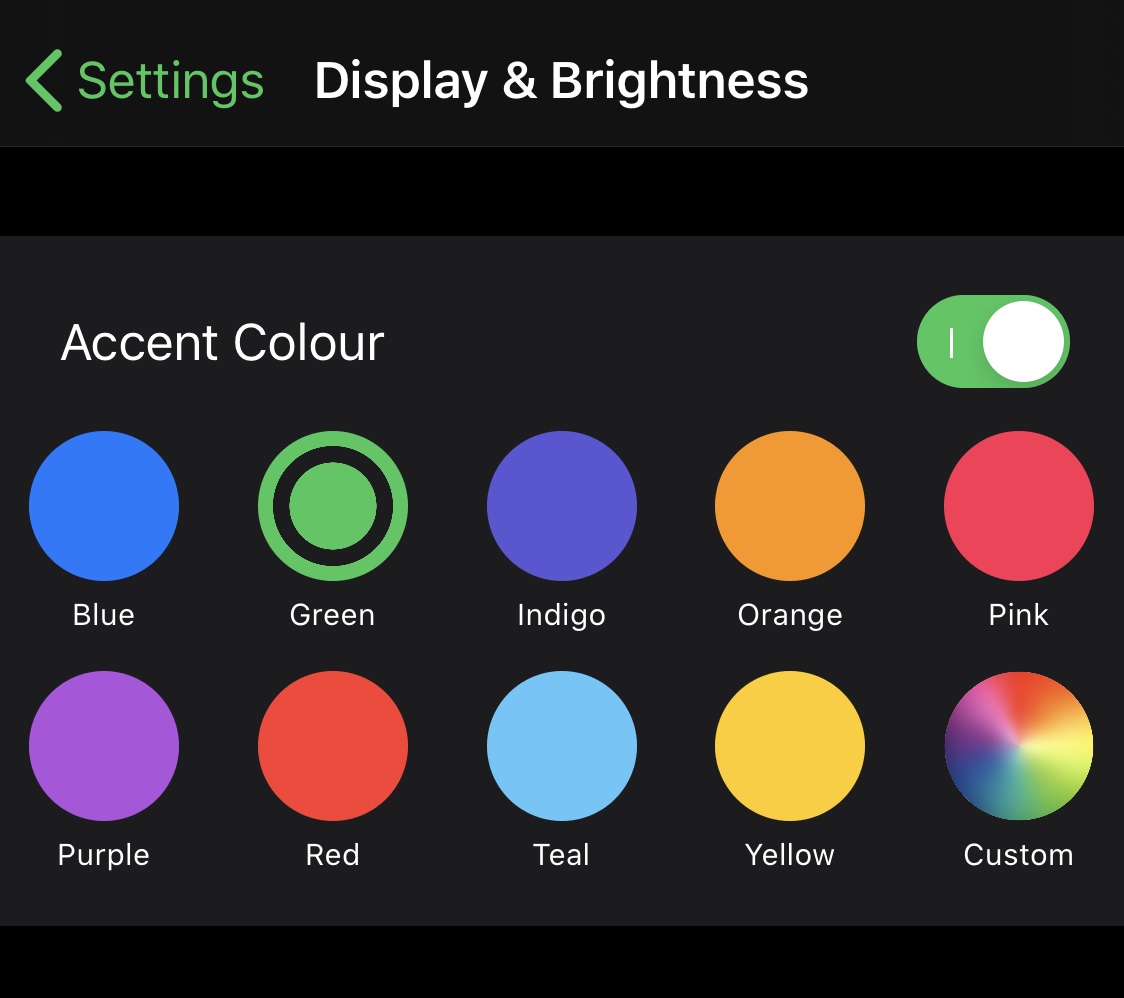 Color options provided by Twister include:

Once selected, one would only need to respring their device for the changes to take effect. Upon doing so, elements such as navigation buttons, tab bar buttons, selections, toggle switches, and sliders like those used for the volume and display brightness adjusters in the Settings app, among other things would reflect the chosen color instead of the default blue.

Twister also adds a dedicated preference pane to the Settings app, however users won’t find much to configure here: 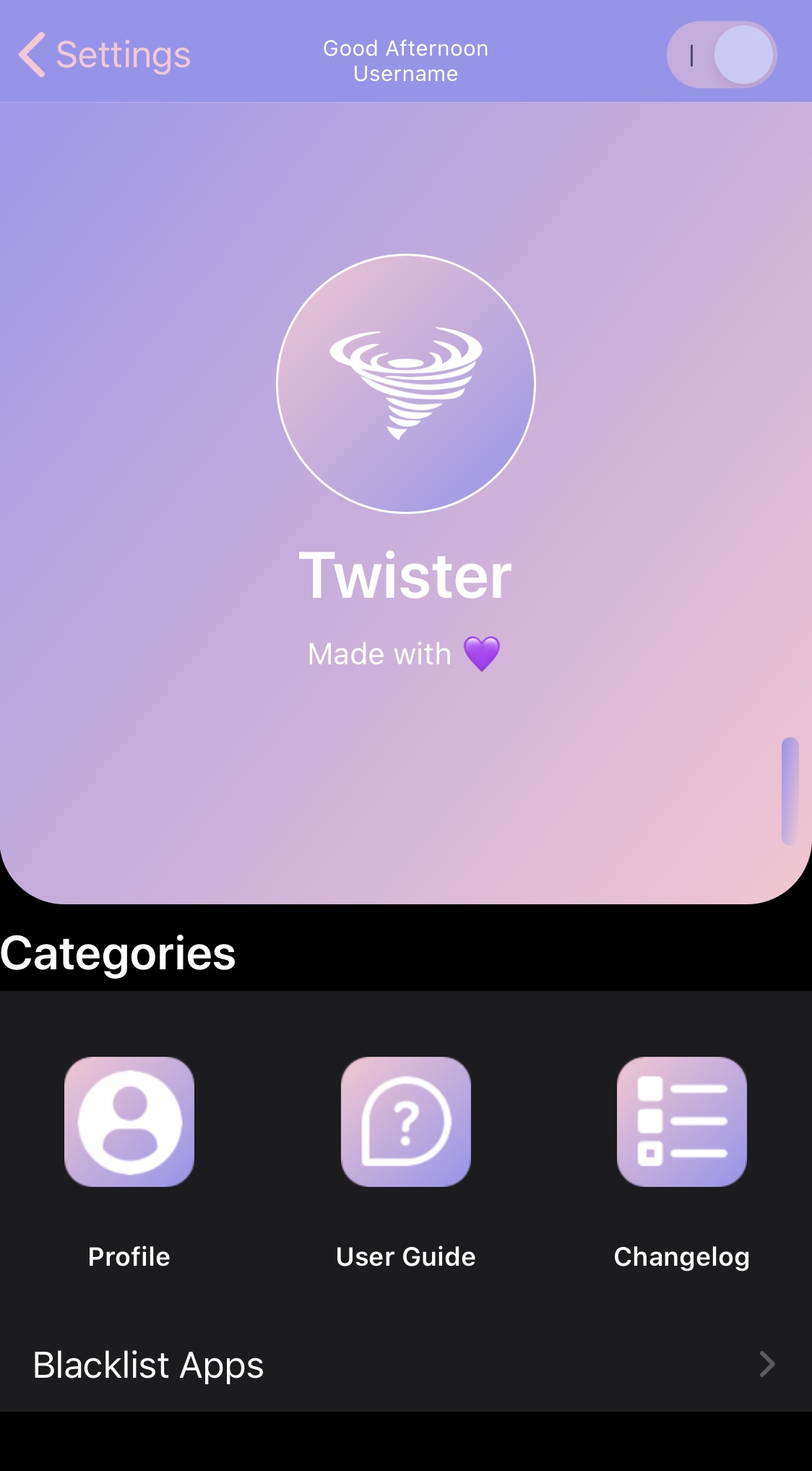 The takeaway option here is the ability to blacklist certain apps that might not play nicely with the effects. For the most part, apps that carry Apple’s native aesthetic should play nicely with Twister. Users can also use this preference pane to enable or disable the tweak on demand. 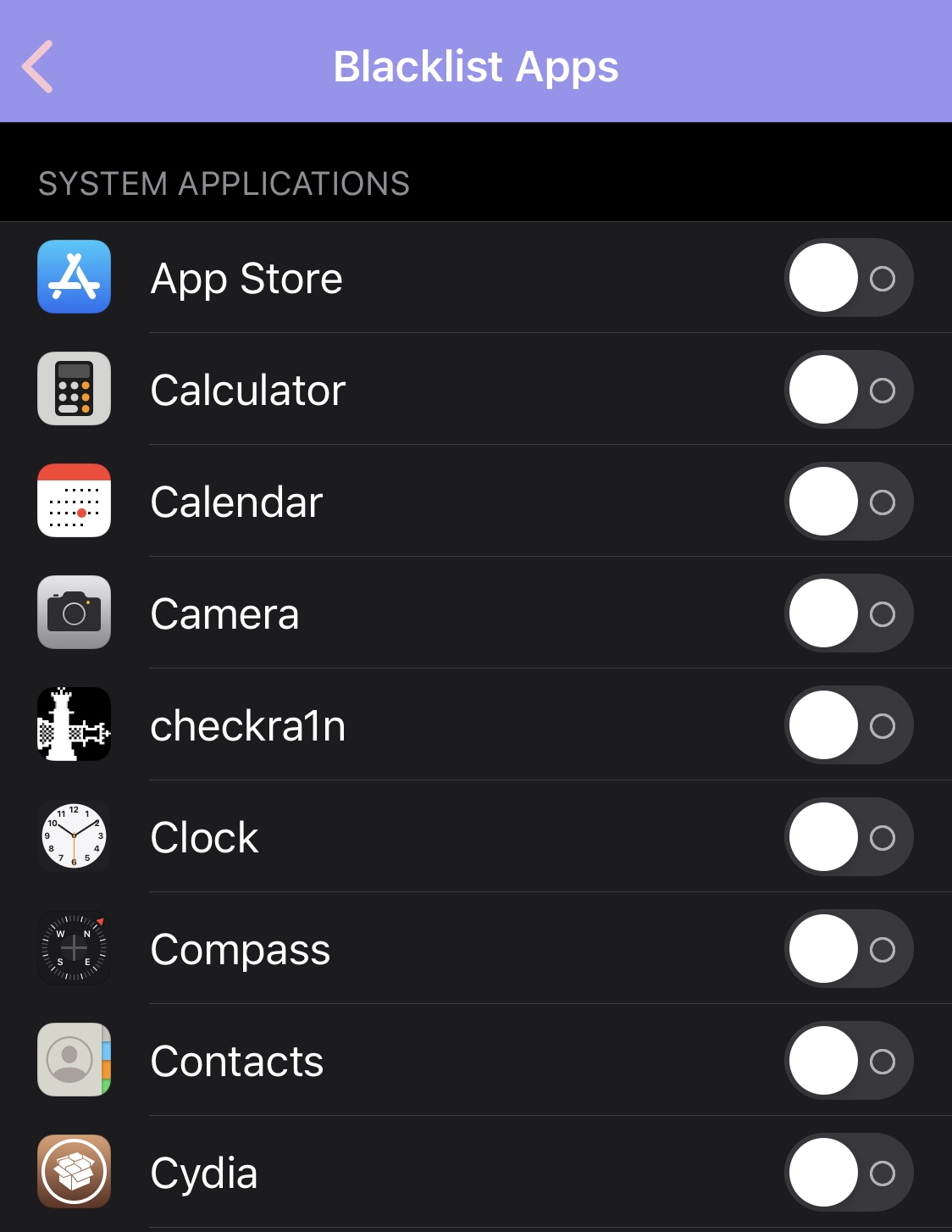 Those interested in trying Twister out for themselves may purchase the tweak for $0.98 from the Twickd repository via their favorite package manager. Twister supports jailbroken iOS 13 devices and should add support for jailbroken iOS 14 devices after checkra1n picks up support for A10-equipped devices.

Do you plan to change iOS’ native accentuation color with the new Twister tweak? Let us know why or why not in the comments section below.