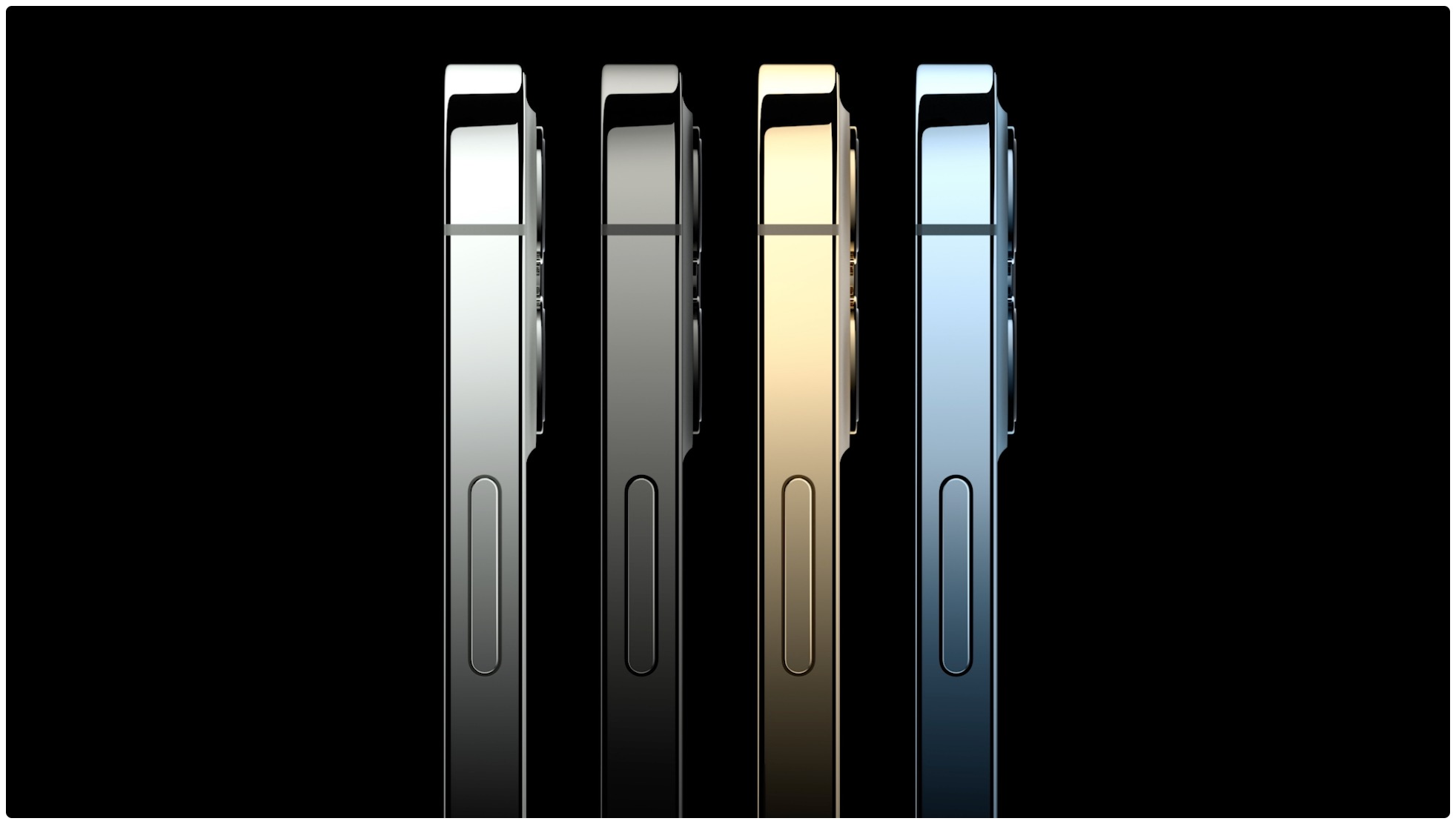 If you have one of the new iPhone 12 models, you’ll be pleased to learn that your handset boosts the Internet performance of devices that are connected to its Personal Hotspot by using a faster 5GHz Wi-Fi connection (if available) for hotspot tethering.

As noted on Twitter, all iPhone 12 models upgrade Personal Hotspot with the ability to use the 5GHz Wi-Fi band. All iPhones dating years back have been able to connect to both 2.4GHz and 5GHz bands, but the Personal Hotspot feature used to be limited to the 2.4GHz band.

The 5GHz band enables much faster data transfer between the host and clients. With the speedy 5G cellular networking on the iPhone 12 lineup, your handset can download data at speeds faster than 4G, up to four gigabits per second over the mmWave bands. Hence the need for a faster Wi-Fi connection for the Personal Hotspot feature, so that any client devices connected to it could enjoy speedy data transfers brought by 5G without bottlenecks.

I confirmed the new Maximize compatibility setting on iPhone 12 switches the hotspot from 5ghz to 2.4ghz. Which matters when using 5G where the speeds can go above the 2.4ghz spec. pic.twitter.com/uzvPyD5lFe

Users can easily switch between the two bands in Settings in case the faster 5GHz band causes connectivity issues with some Personal Hotspot clients. Available in Settings → Personal Hotspot is a new “Maximize Compatibility” toggle. It’s enabled by default on all iPhone 12 devices to enforce the 5GHz band, if available. Sliding the switch to the OFF position tells your iPhone to use a 2.4GHz Wi-Fi mode, which is how Personal Hotspot worked before.

Apple’s website, marketing materials and support documents make no mention of this feature. 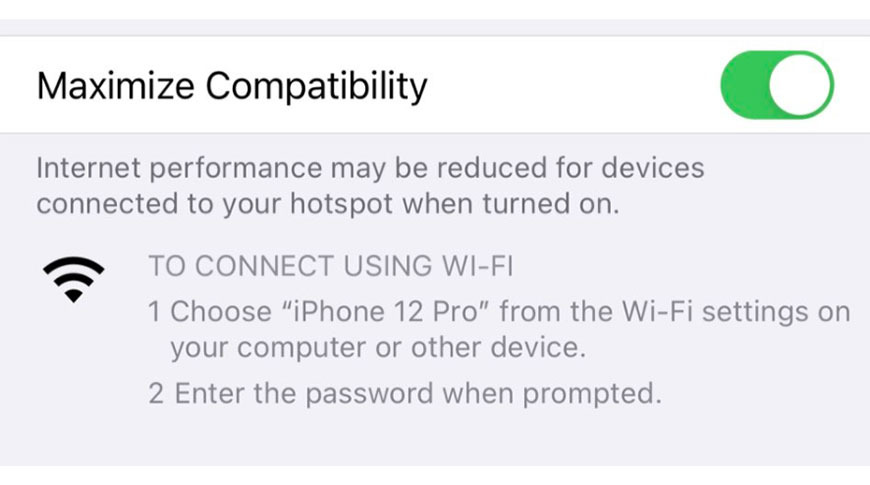 “Internet performance may be reduced for devices connected to your hotspot when turned on,” reads the feature’s description in iOS. MacRumors warns that the 5GHz band is faster than the 2.4GHz one, but it has a shorter range. As a result, Personal Hotspot speeds will vary based on the distance of a tethered client device to your iPhone.

Personal Hotspot requires that both Wi-Fi and Bluetooth be turned on across all devices using it, including the Personal Hotspot host. It also works over the Lightning port.