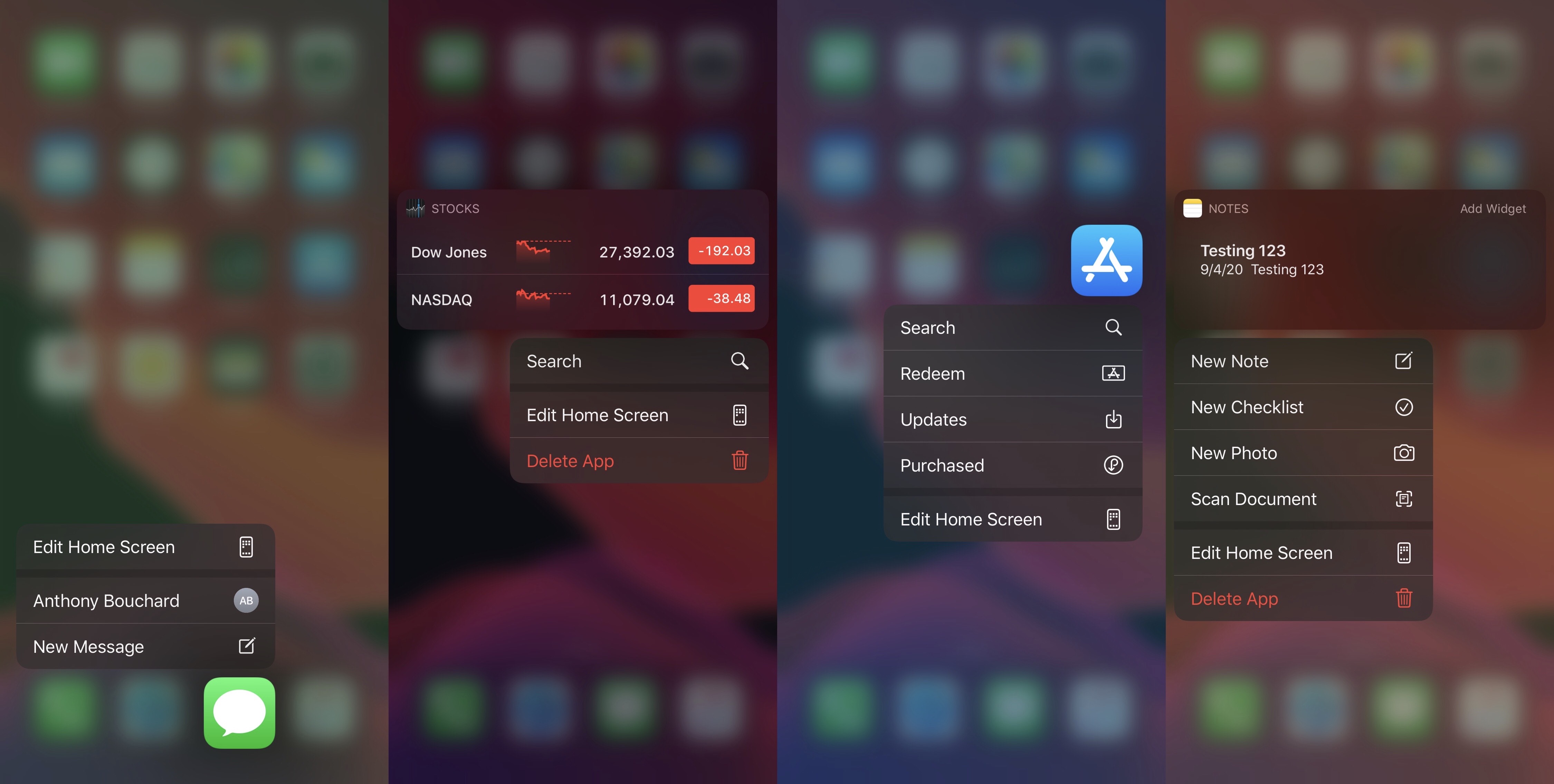 Having the ability to customize iOS or iPadOS’ native aesthetics is one of the top reasons to jailbreak your iPhone or iPad. That said, if you have a pwned handset at your disposal and you enjoy making it stand out from the crowd, then we think you may come to love a newly released and free jailbreak tweak called Koi by iOS developers Litten and woodfairy.

Koi is an incredibly simple tweak that offers its users an aesthetically pleasing color upgrade for the Home Screen’s 3D Touch or Haptic Touch menus, but unlike other tweaks released in the past, Koi colorize the background blur rather than the menu interface itself.

As depicted in the screenshot examples above, Koi automatically determines the best color to use based on the app icon’s dominant color. For example, the Messages app yields a green color, while the Notes app yields a yellow color and the Stocks app yields a black color. The same pattern would apply to other app icons.

Once installed, Koi adds a dedicated preference pane to the Settings app where users can configure a few options to their liking: 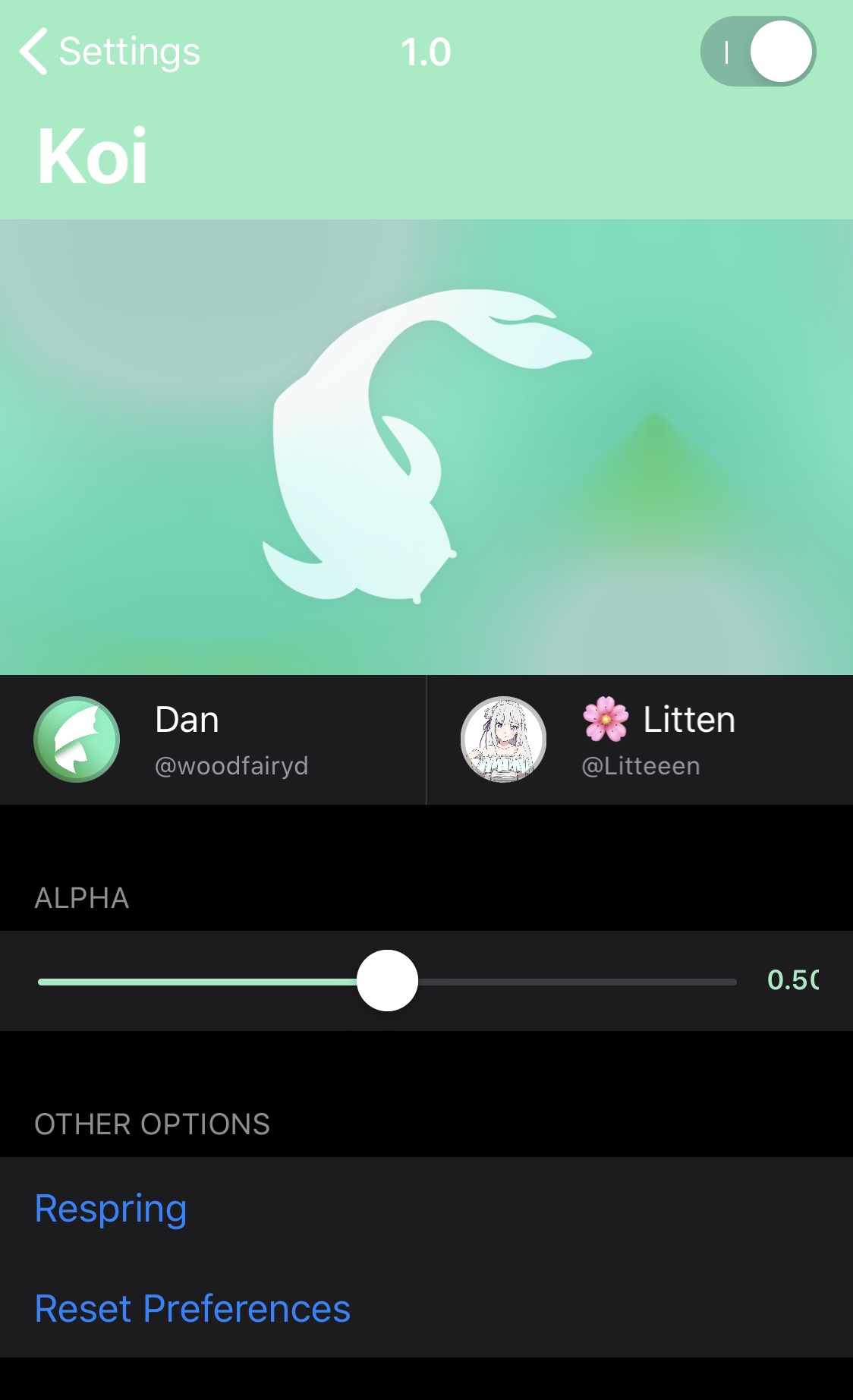 It’s worth noting that toggling the tweak on or off will automatically respring the device, so the only settings that you should need to respring for are adjusting the alpha level or resetting the options to their defaults.

Those interested in trying Koi can download the tweak for free from Litten’s repository via their favorite package manager. The tweak supports jailbroken iOS 13 devices.

Those who aren’t already using Litten’s repository can add it to their favorite package manager with the following URL:

Do you plan to give Koi a try, or are you happy with iOS’ native 3D Touch or Haptic Touch menu aesthetics? Let us know in the comments section below.