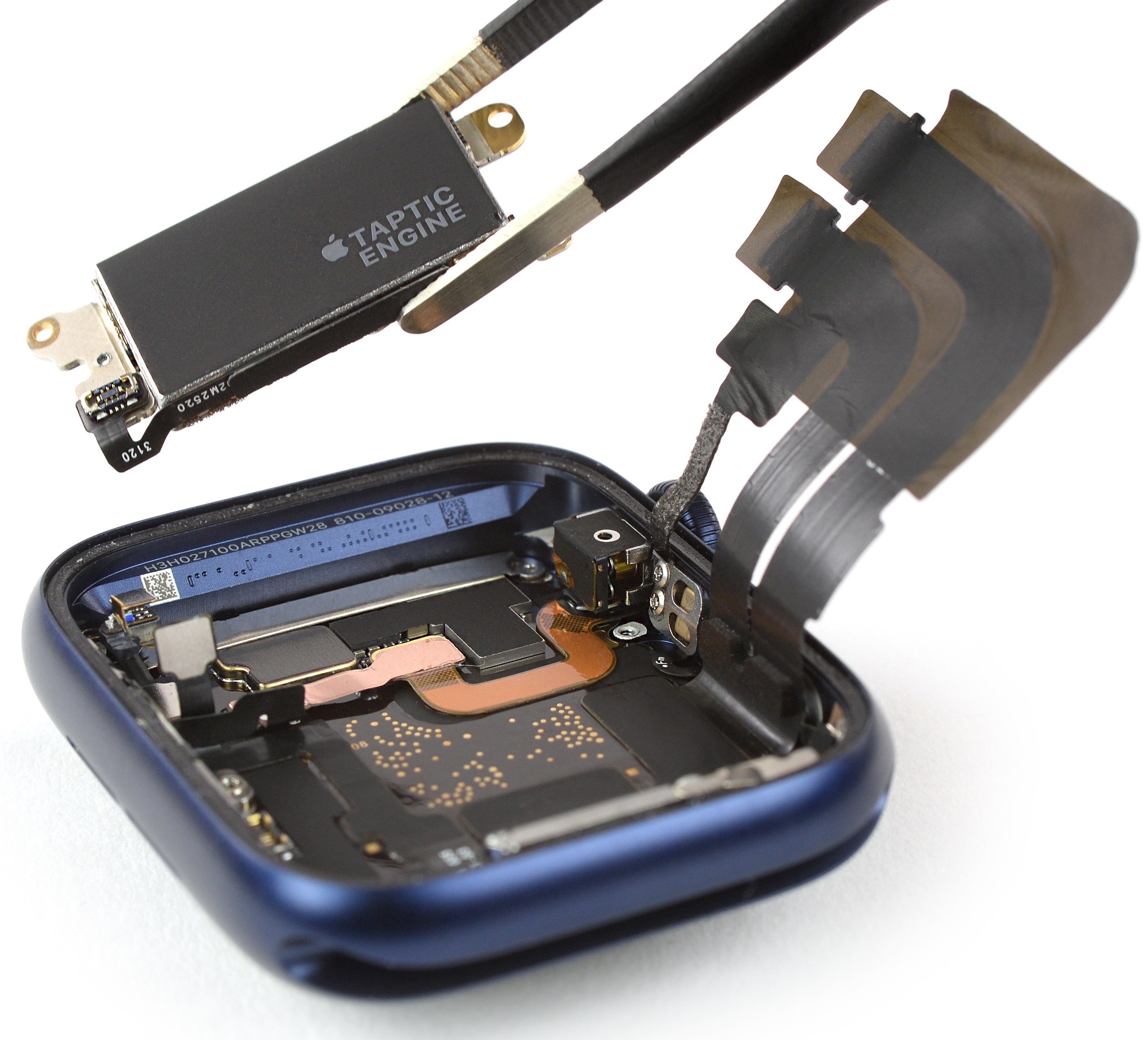 Repair experts over at iFixit have torn apart their Apple Watch Series 6 unit to peek what’s under the hood. Their teardown analysis confirms that the new wearable device from Apple is equipped with a beefier battery and sports a bigger Taptic Engine, too, among other findings.

At first glance, the tri-point-trapped Taptic Engine seems old hat—but it turns out to be bigger than the one in the 5. Maybe the slimmed-down Series 4 shaker wasn’t up to snuff? It’s also made using 100 percent recycled rare earth metals and tungsten this time, which is awesome.

More battery and more Taptic Engine—Apple mentioned neither of these in their announcement, but it seems they’ve quietly pulled out all the stops this year. Slowly but surely, Apple Watches seem to be clawing back capacity after the big drop from Series 3 to Series 4. 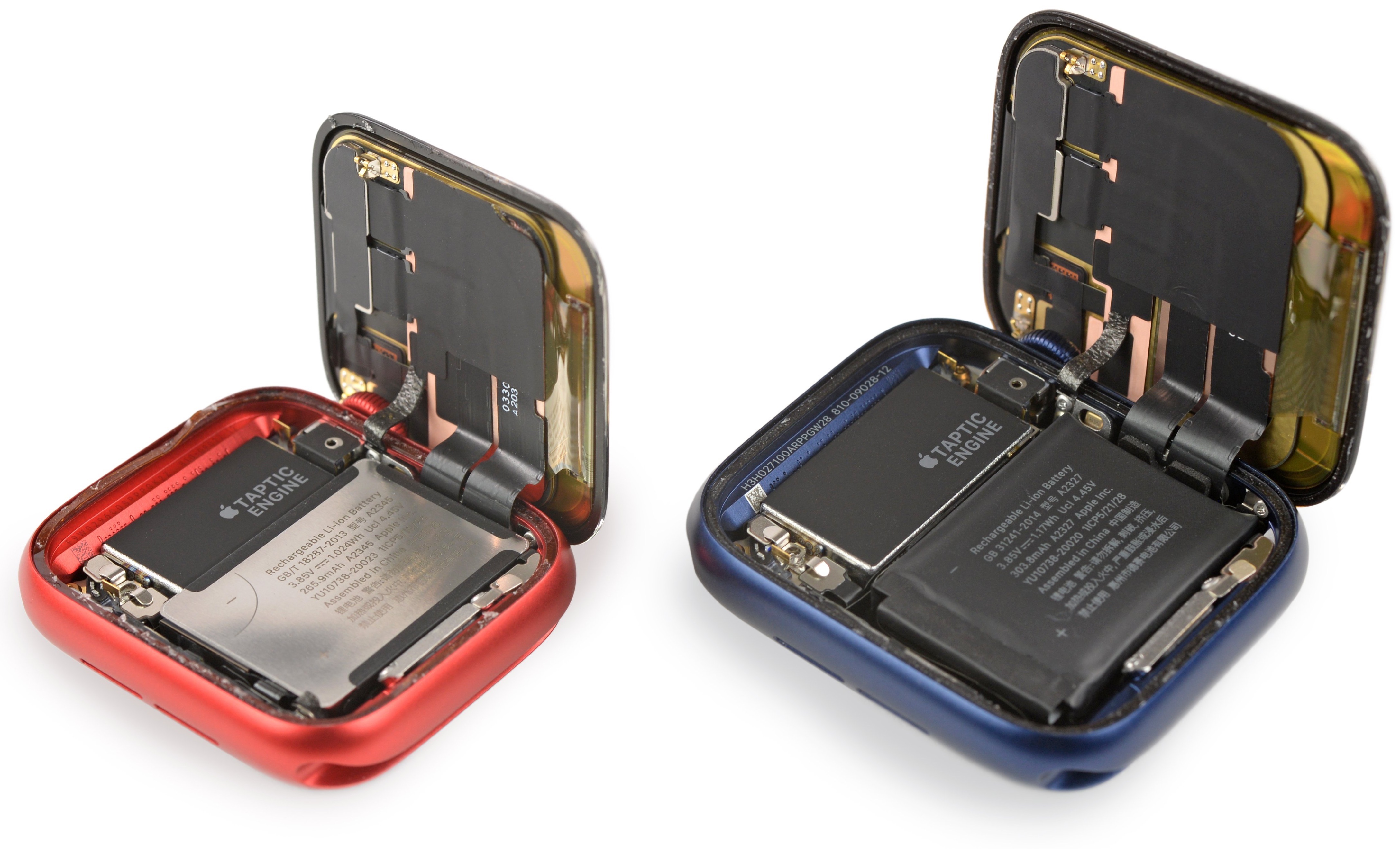 Curiously, this is the first Apple Watch model without pressure sensors built into the display that used to power the Force Touch feature. Like with iPhones, Apple is now relying on a Haptic Touch feature, taking advantage of a combination of custom vibrations and the tap-and-hold gesture to simulate “clicks”.

→ How to use Health Checklist for iPhone and Apple Watch

For those unfamiliar with it, the Taptic Engine is an Apple-designed haptic feedback mechanism that provides tactile sensations in the form of specific vibration patterns. The Taptic Engine powers vibrations on some iPhone, Apple Watch and Mac notebook models.