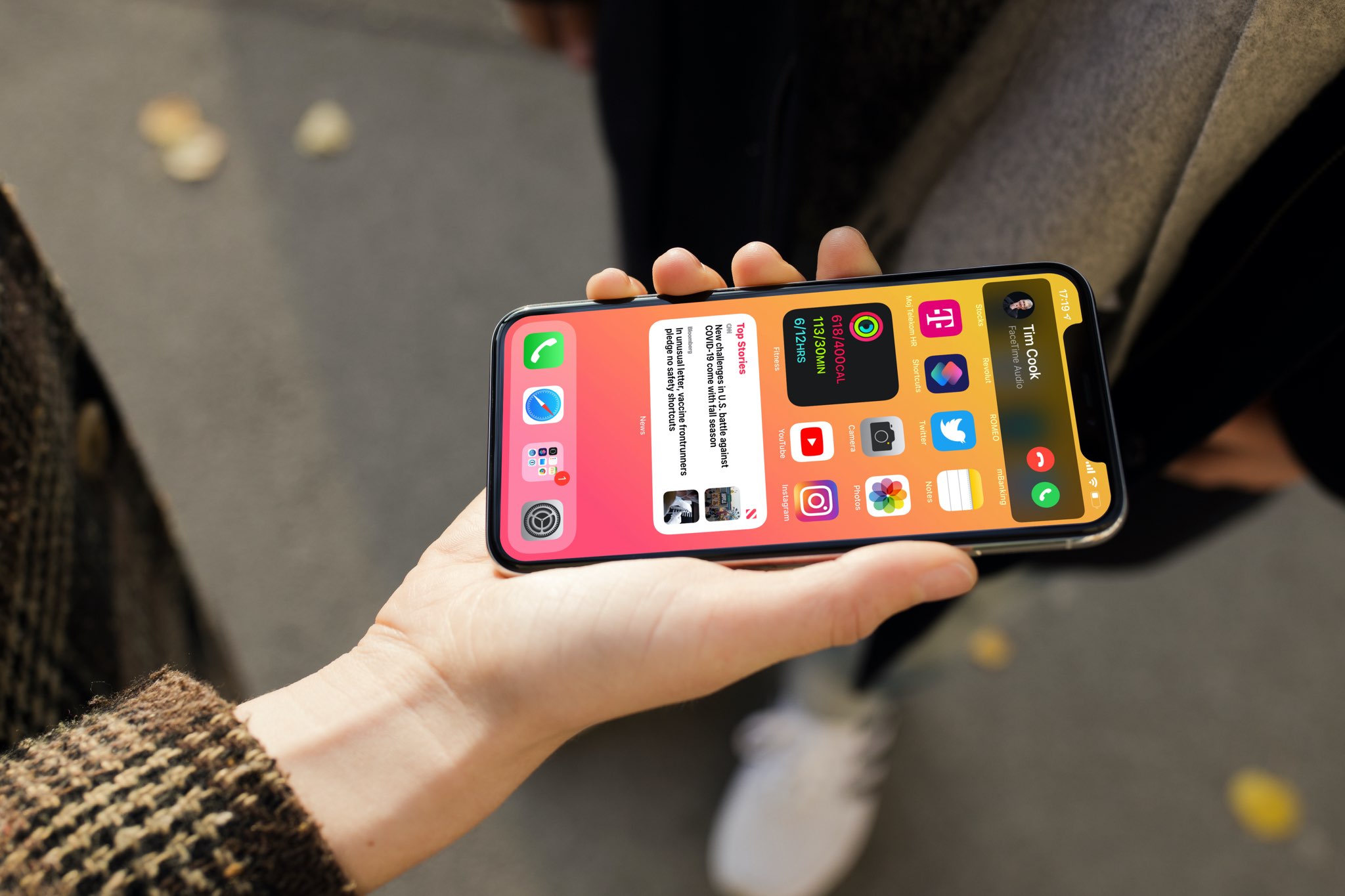 iOS 14 and iPadOS 14 show incoming calls in a compact banner at the top rather than taking up the whole screen like before. Follow this tutorial to learn how to use the compact UI for calls on your iPhone and iPad, switch between banner-style and fullscreen calls and more.

You will learn the following in this tutorial... hide
1) About compact calls
2) Which calls are supported?
3) How to use compact calls on iPhone and iPad
3.1) How to receive and decline compact calls
3.1.1) Changing how calls are displayed when unlocked

In iOS and iPadOS 14, an incoming call no longer interrupts what you’re currently doing by taking up the entire screen. This used to be one the most common complaints because there’s nothing worse than a fullscreen phone call interface totally disrupting your experience.

Now an incoming call appears as a banner-style notification at the top of the screen.

Which calls are supported?

This feature supports the following types of calls:

With a little help from a developer API, your favorite apps such as Skype, WhatsApp, Facebook Messenger, Viber and more can implement this compact interface for their incoming calls. Third-party apps that don’t implement the API will be shown with the old fullscreen design.

→ How to use the smaller compact Siri

Follow along with our tutorial included right ahead to learn how to use compact calls on your iPhone and iPad, adjust settings, switch between banner-style and fullscreen calls and more.

How to use compact calls on iPhone and iPad

Follow the steps in the subsections right ahead that walk you through accepting or rejecting calls from the compact interface, switching between the compact and fullscreen interfaces, changing settings for compact calls and more.

How to receive and decline compact calls

By default, iOS 14 displays an incoming call as a banner at the top instead of taking over the entire screen. To accept the call, tap the green button. Conversely, tap the red button to decline the call. You may see additional buttons in the banner, like the Audio button to route the call to your iPhone speakerphone or switch to your AirPods.

Additionally, you can swipe up the banner to dismiss it instantly. The call will continue to ring, but you will no longer have visual confirmation that it’s ringing. Lastly, you can switch from this compact interface to a fullscreen one by swiping down on the banner.

The compact interface for calls is a great little improvement in iOS 14 and iPadOS 14. With it, you get the best of both worlds — calls that no longer disrupt what you’re doing and the ability to access extended phone features with a swipe.

Changing how calls are displayed when unlocked

Follow these steps to choose which interface your iPhone or iPad will use for calls by default:

“Phone, FaceTime and other apps you use to receive calls will use the selected display style,” according to Apple’s description of the feature provided by the Settings app. 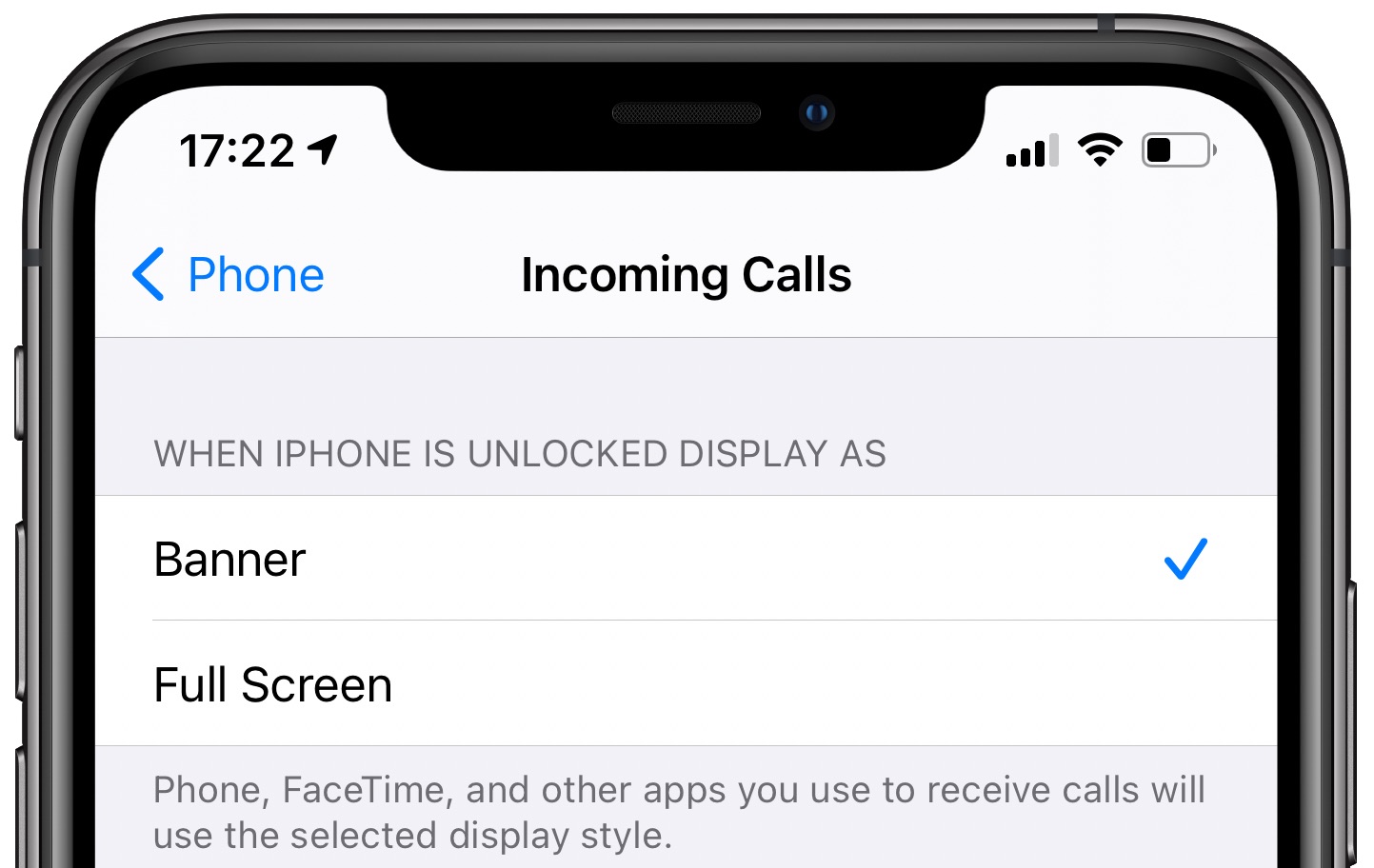 Incoming calls on the Lock screen are always displayed in the fullscreen interface.

For a quick overview of the 50 major new iPhone and iPod touch features introduced with iOS 14, be sure to watch our hands-on video walkthrough embedded right ahead.