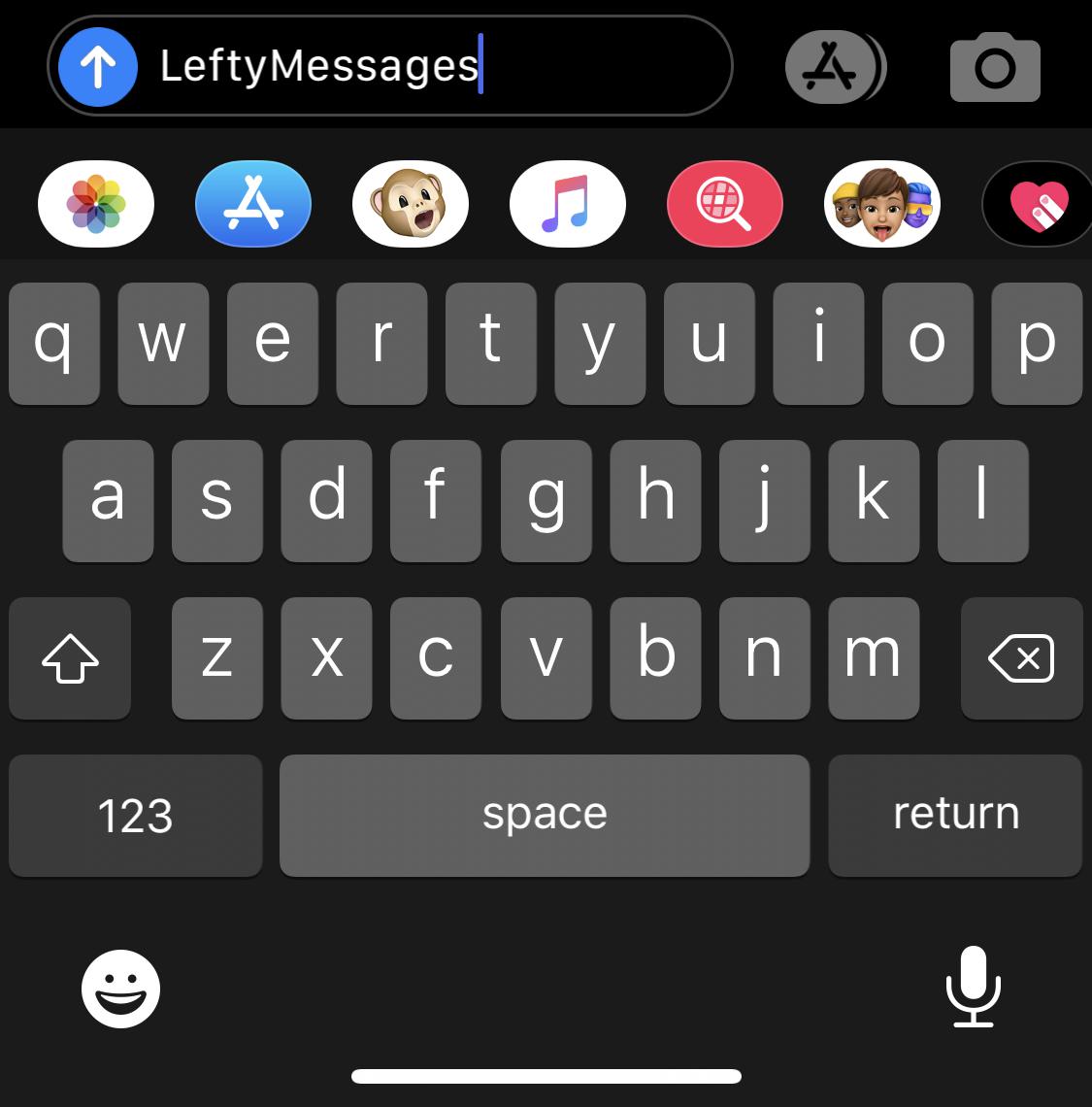 The iPhone’s Messages app is a particularly well-planned application with a simple user interface that most people have no trouble using, but if you’re of the sinistral variety (left-handed), then you might have a tendency to disagree with that sentiment. Fortunately, the jailbreak community is here to help.

LeftyMessages is a newly released and free jailbreak tweak by iOS developer Paperman369 that tries to make the Messages app easier for left-handed people to use with one hand by moving certain frequently used controls over to the left side of the display.

As shown in the screenshot example above, LeftyMessages swaps the sides of the text field that are occupied by the send button and the Apps/Camera buttons. In turn, this makes it easier for a one-handed lefty to send messages with just their left thumb – an enjoyed luxury that a right-handed individual would already have.

The tweak was purportedly created in response to a request posted to /r/jailbreak, and from what we can gather, it’s already receiving a large helping of praise.

LeftyMessages doesn’t have any options to configure, so what you see above is essentially what you get. Other aspects of the app are left alone as they were intended.

If you’re interested in trying LeftyMessages out, then you can download the tweak for free from the 0ver$hadowed repository via your favorite package manager. Furthermore, the tweak supports jailbroken iOS 13 devices.

Those who aren’t already using the 0ver$hadowed repository can add it to their preferred package manager using the following URL:

If you’re left-handed, do you think LeftyMessages will make your messaging more productive? Let us know in the comments section below.