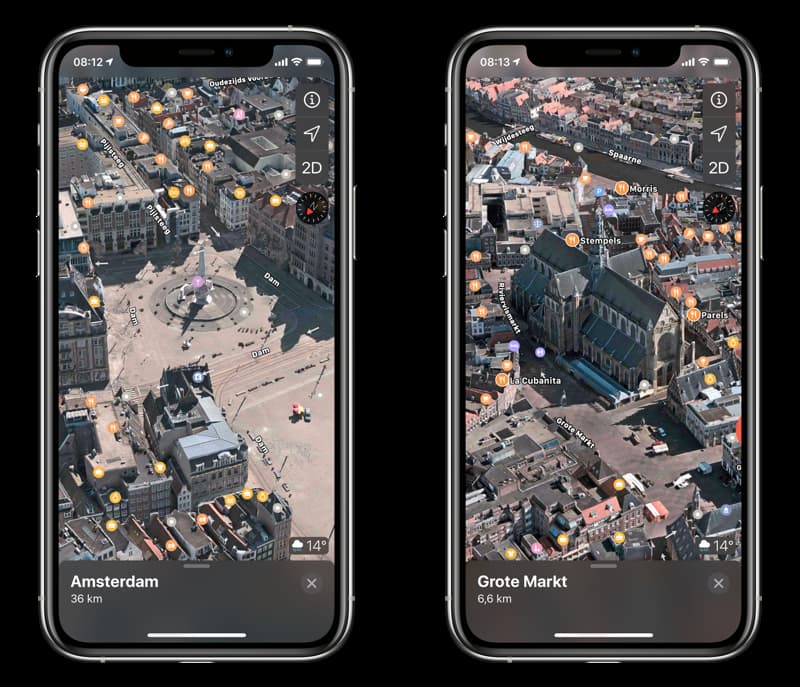 Apple continues to improve the usefulness of its Maps app and service. That includes expanding baked-in features like Transit information and 3D view.

As reported today by iCulture, it looks like Apple has expanded its 3D view feature to include The Netherlands. This means that Apple Maps will render three-dimensional versions of satellite images of certain locations in the area. According to the report, that includes the cities of Aalsmeer, Amsterdam, Bloemendaal, Heemstede, Hoofddorp, Zaandam, and Zandvoort. The Flyover feature does not appear to be available in these new cities.

This expanded coverage includes images of some surrounding towns and villages. Abcoude, Amersfoort, Baarn, Leusden, Lisse, and Soest are all included.

In related news from MacRumors, it looks like Apple Maps is now offering Transit information in the city of Lisbon in Portugal. Some immediate surrounding areas are also included, so folks in Portugal using Apple Maps should be able to choose public transportation within the app now.

These new aspects of Apple Maps should be available now in their select regions. So if you live in any of these places and want to try it out, give it a shot.