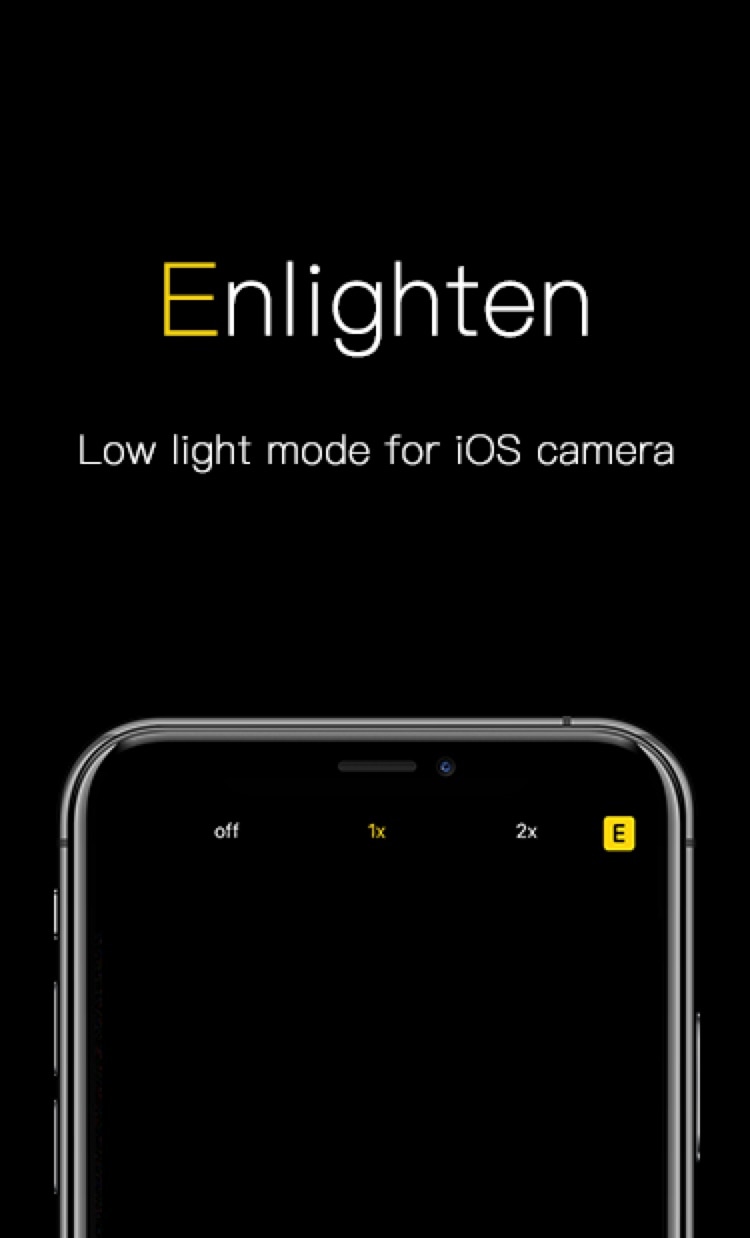 Every year when Apple announces a new flagship iPhone, you can bet that the company has poured tons of money into research and development to improve the photo quality of the rear-facing camera. While it doesn’t always come by way of more megapixels, the company’s software-centric photo processing can be top notch – except when it’s not.

iOS developer XCXiao recognized that something needed to be done about the iPhone’s somewhat dismal low-light photography performance, and consequently created a new jailbreak tweak called Enlighten to improve this particular aspect of iPhone photography. Examples of the tweak at work, compared against Apple’s existing Night Mode feature, are depicted below.

Compared to the stock iPhone X photograph on the far left, Enlighten makes the image much easier for the eyes to interpret, brightening dark and shadowy areas to be completely visible in the image even when it’s night time outside. More examples below:

One thing worth noting is that Apple’s Night Mode photography feature only works on the company’s latest line of handsets. The Enlighten tweak, on the other hand, supports virtually any handset that can run the tweak, including the iPhone SE and later. This means that you can expect similar experiences even on older devices, give or take on image quality due to the evolution of the iPhone’s rear-facing cameras over the years.

Using Enlighten is super easy too. As you’ll notice in the first image of this post, the tweak adds a special toggle button to the Camera app interface, designated by an “E.” The letter E, obviously, stands for Enlighten. Toggling the feature on should provide better low light performance in most scenarios after you’ve tapped on an object in the frame to focus on it and adjusted exposure to reduce noise.

Those interested in trying Enlighten can purchase the tweak for $1.99 from the Packix repository via their favorite package manager. The tweak only supports jailbroken installations of iOS 13, and it’s worth noting that the tweak is still in beta at the time of this writing, so it should only get better with time.

Do you plan to augment your iPhone photography with the new Enlighten jailbreak tweak? Let us know why or why not in the comments section below.