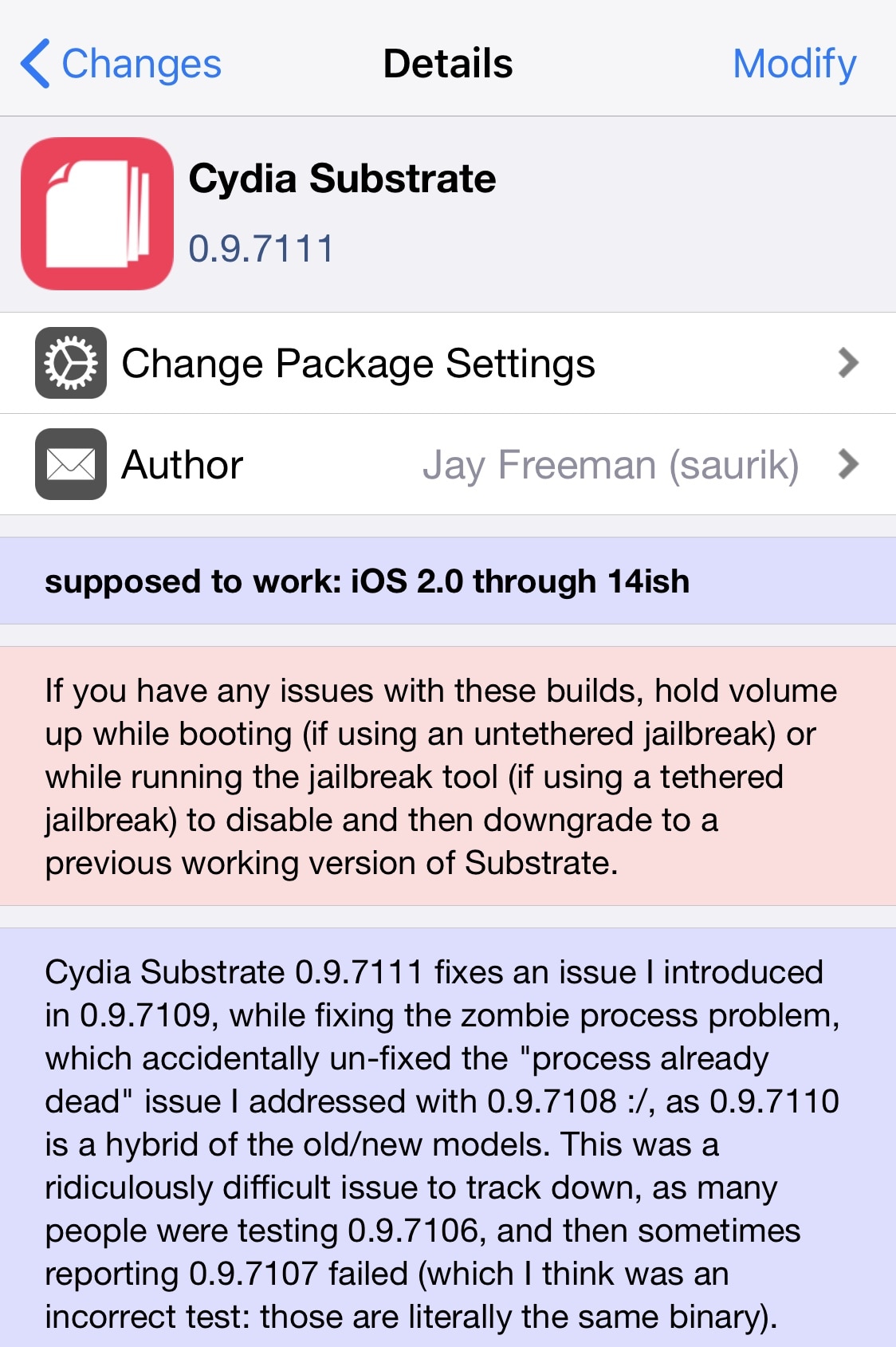 Saurik released yet another update for the Cydia Substrate tweak injection package on Saturday in a move to help improve the software’s overall reliability and stability with day-to-day use.

The latest update, coined version 0.9.7111, is said to fix a problem that Saurik purportedly introduced in the older 0.9.7109 update. Saurik notes in the newest change log that the update intended to solve a problem with an earlier update, but inadvertently un-fixed a totally different issue in doing so:

Cydia Substrate 0.9.7111 fixes an issue I introduced in 0.9.7109, while fixing the zombie process problem, which accidentally un-fixed the “process already dead” issue I addressed with 0.9.7108 :/, as 0.9.7110 is a hybrid of the old/new models. This was a ridiculously difficult issue to track down, as many people were testing 0.9.7106, and then sometimes reporting 0.9.7107 failed (which I think was an incorrect test: those are literally the same binary).

Anyone using checkra1n jailbreak without any modification to the default bootstrap, such as Odysseyra1n, should find that Cydia Substrate is the recommended tweak injection method. Those who are already using Cydia Substrate are being advised to download and deploy the latest version of the software at their earliest convenience as to ensure software stability to the greatest extent, and this is especially important given the fact that jailbreak tweaks depend on this software to work properly.

You may need to refresh your sources in your package manager before the latest Cydia Substrate update becomes available to you.

If you’re using another jailbreak, such as Chimera, Odyssey, or unc0ver, then your jailbreak likely relies on a different tweak injection method such as Substitute or libhooker. If this is the case, then today’s Cydia Substrate update won’t apply to you.

Have you installed the latest version of Cydia Substrate on your jailbroken device yet? Let us know in the comments section below.