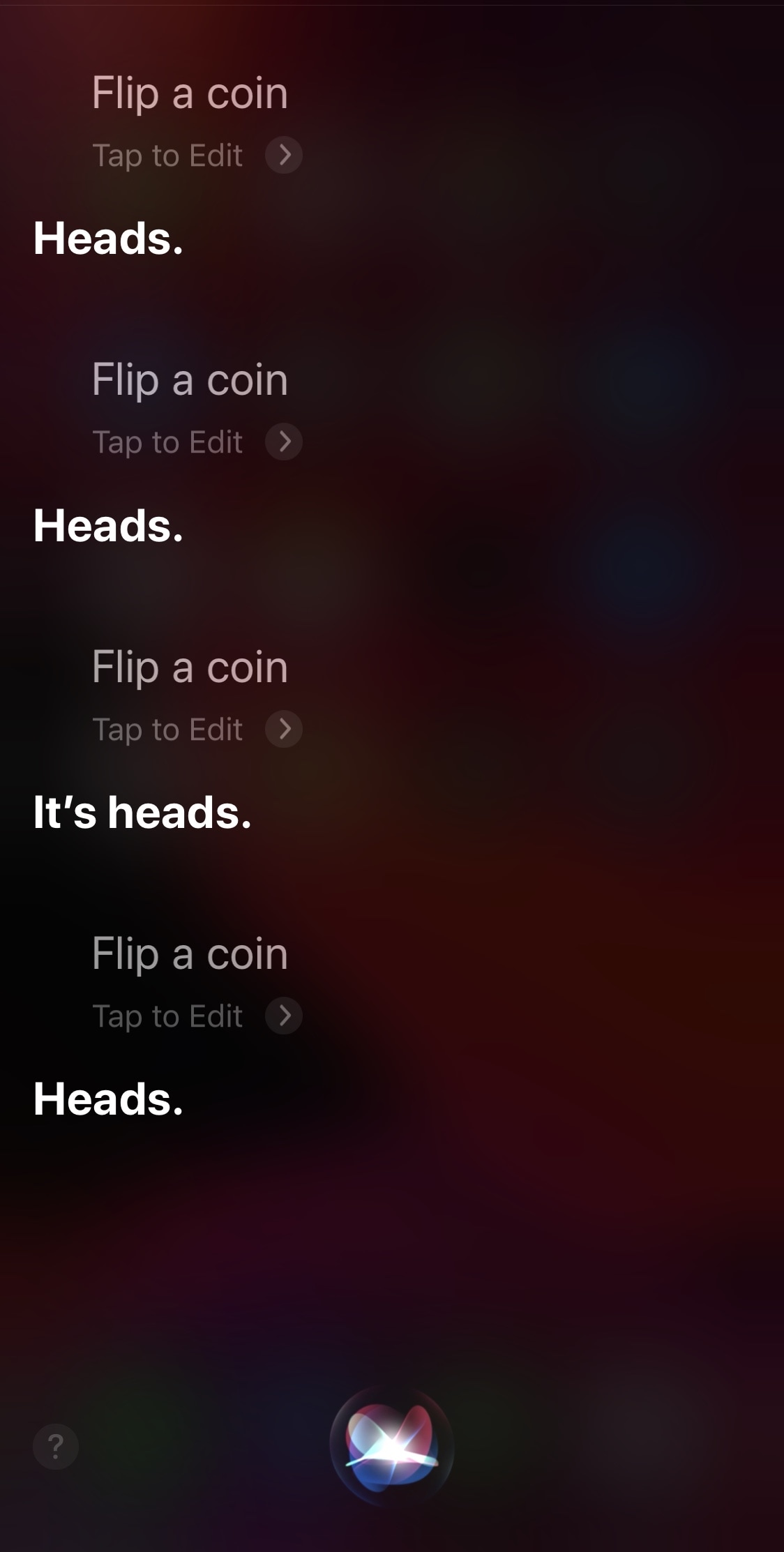 Not that we condone cheating in any way shape or form, especially when it would involve a reward, but it can sometimes be exciting to prank your friends with rigged coin flips and the likes. With that in mind, we think some pranksters might have a lot of fun with a newly released and free jailbreak tweak called SiriCoinControl by iOS developer Wes.

Just as the name implies, SiriCoinControl lets users control the outcome of coin flips performed by the Siri voice assistant on pwned iPhones and iPads. If you don’t have any two-headed coins laying around, then this tweak lets you backpedal on your virtual assistant while still being able to force a heads or tails outcome on demand.

SiriCoinControl effectively eliminates the element of surprise and ensures that you’ll get the coin flip result you want 100% of the time. For this reason, we don’t recommend using the tweak to win bets with cash rewards as this might label you a scammer, nor do we recommend cheating at games or the likes. On the other hand, it can be a fun way to mess around with your friends if you ever toss a coin in the common act of indecisive decision-making.

SiriCoinControl doesn’t come with any options to configure, and as long as the tweak is installed, it will work as advertised. One thing worth noting, however, is that SiriCoinControl remaps the volume buttons’ native purpose in the Siri interface to deciding the results of a coin flip, so you will no longer be able to change Siri’s volume level using the volume buttons in the interface.

If you’re interested in giving SiriCoinControl a try, then you can download it for free from the wrp1002 repository via your favorite package manager. The tweak is compatible with jailbroken 13 devices and is open source on the developer’s GitHub page for those who might be interested in learning more about what makes it tick behind the scenes.

Those who aren’t already using the wrp1002 repository can add it to their package manager of choice with the following URL:

How will you use the new SiriCoinControl tweak, or is cheating totally against your morality? Let us know your thoughts in the comments section below.