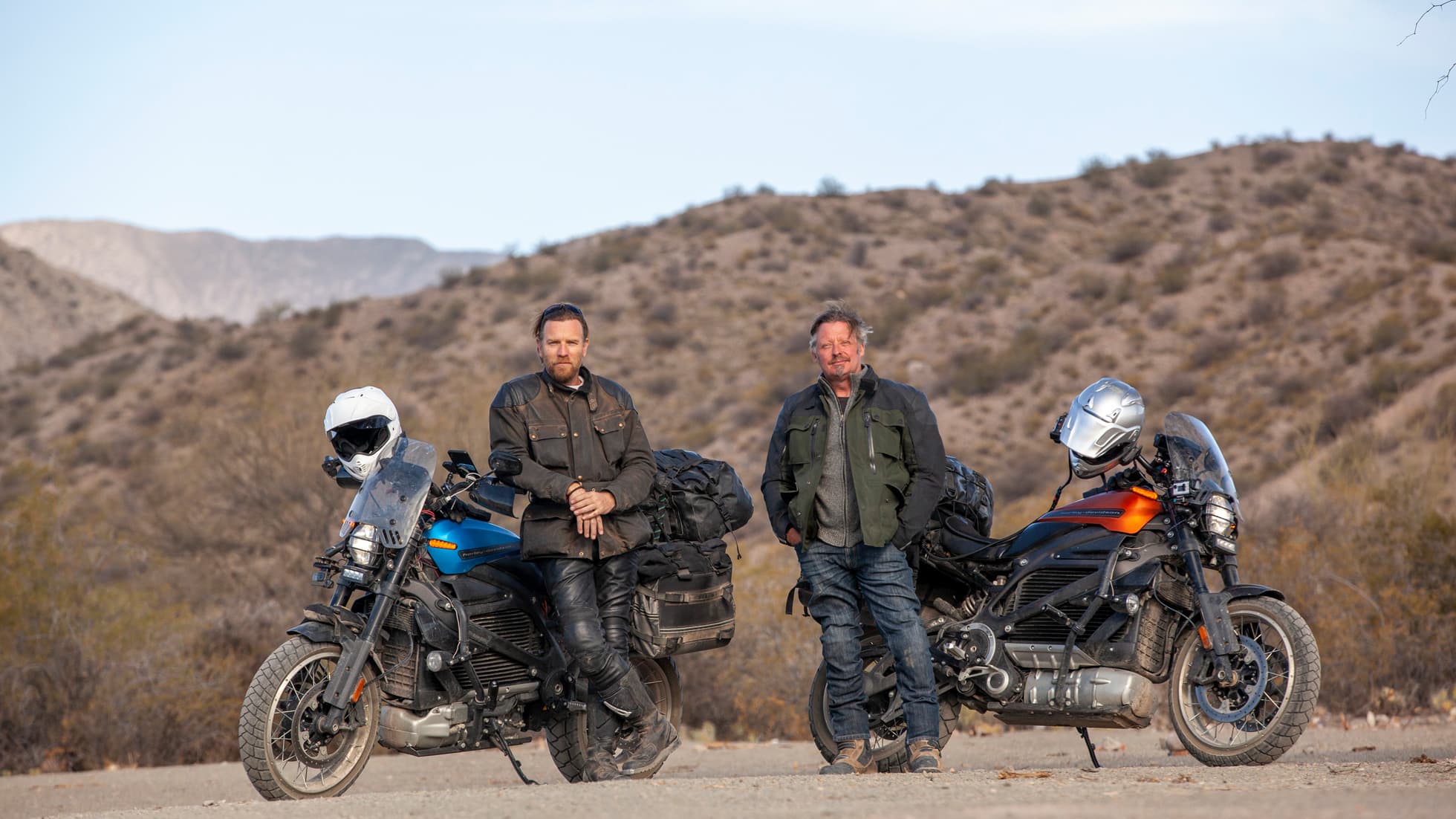 It might not be a trailer, but Apple TV+ is previewing an unscripted series called Long Way Up ahead of its debut in mid-September.

Apple TV+ shared a first look at the unscripted series Long Way Up, which stars Ewan McGregor (Star Wars: Episode 1, Trainspotting) and Charley Boorman (Long Way Down, Long Way Round). Yes, the image at the top of this article is the first look at the upcoming series. There isn’t a lot to go on here, but you can get the gist of what this unscripted series will offer: McGregor, Boorman, scenery, and motorcycles.

Apple TV+ says that Long Way Up sees McGregor and Boorman reuniting for the first time since their last globe-trotting adventure around the world with their motorcycles. The series will debut its first three episodes on September 18, 2020, and each subsequent episode after that will roll out on a weekly basis.

“Long Way Up” is a new original series that follows Ewan and Charley’s previous adventures in “Long Way Round” and “Long Way Down.” The series will join an expanding offering of acclaimed unscripted series and films including the recently announced Fireball,” an original feature documentary directed by acclaimed filmmaker Werner Herzog and Professor Clive Oppenheimer; the soon-to-premiere 2020 Sundance US Grand Jury Prize award-winning documentary, “Boys State”; and the acclaimed, five-time Emmy nominated – including for Outstanding Documentary or Nonfiction Special – “Beastie Boys Story.”

This new unscripted series will see McGregor and Boorman traveling 13,000 miles over the course of 100 days. They will see places like Bolivia, Ecuador, Peru, Argentina, and Chile. It will see the pair travel to 13 different countries in total, with 16 border crossings.

Covering 13,000 miles over 100 days through 16 border crossings and 13 countries, starting from the city of Ushuaia at the tip of South America, Ewan and Charley journey through the glorious and underexposed landscapes of South and Central America in their most challenging expedition to date, using cutting-edge technology on the backs of their electric Harley-Davidson LiveWires in order to contribute to the sustainability of the planet.

In related news, American Airlines recently launched Apple TV+ as a free in-flight entertainment, with a rotating library of content to watch.

Do you plan on checking out Long Way Up when it launches next month?