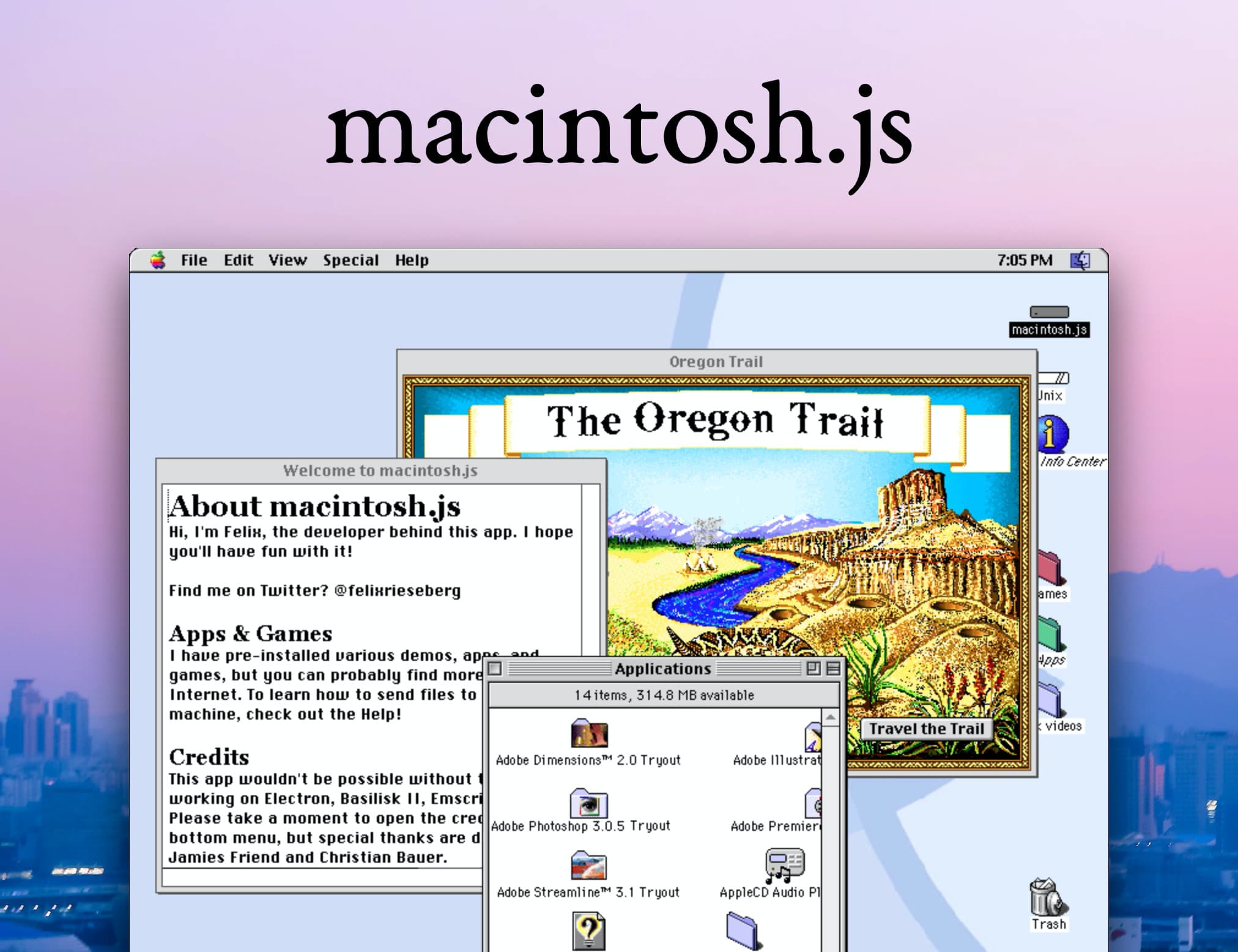 Feeling a little bit nostalgic for the days when Apple branded its desktop operating system Mac OS? Well, now you can go back — to Mac OS 8, to be specific.

As first reported on Wednesday by The Verge, those interested in checking out the older version of Apple’s desktop operating system, Mac OS 8, can do so now by actually downloading an app. It’s available for the current generation macOS, and as well as Windows PCs and Linux.

The app was developed by Felix Rieseberg, a Slack developer who has done something similar with Windows 95 back in 2018. The goal for Rieseberg was to develop a single Electron app based on a 1991 Macintosh Quadra running Mac OS 8.1. And he succeeded. He wrote the entire app in JavaScript, and the app is appropriately called “macintosh.js“.

The experience is certainly an interesting one. Downloading the app will get you a full emulation experience, running Mac OS 8 on a Macintosh Quadra that’s outfitted with a CPU from Motorola. That hardware was before Intel and Apple worked together to bring the former’s PowerPC architecture to Apple’s desktop hardware.

There are even apps you can use while experiencing Mac OS 8 on that old (virtual) hardware. You can use apps like Premiere 4, Photoshop 3, StuffIt Expander, the Web Page Construction Kit from Apple, Illustrator 5.5, and more. There are games available to play as well, including Duke Nukem 3D, Oregon Trail, Dungeons and Dragons, and others.

Mac OS 8 was released way back in 1997 (which feels like forever ago) and it has a sordid history. If you recall Copland OS, which never saw the light of day, was negatively impacted by a variety of delays in development, management issues, and other issues. Mac OS 8 is what was developed leveraging some elements of Copland OS, and it’s seen as one of the major overhauls of Mac OS in general.

This is a fun experience, a nice way to try out what an older version of Apple’s desktop operating system is like.

You can try out macintosh.js right now. Who’s going through a history lesson today?