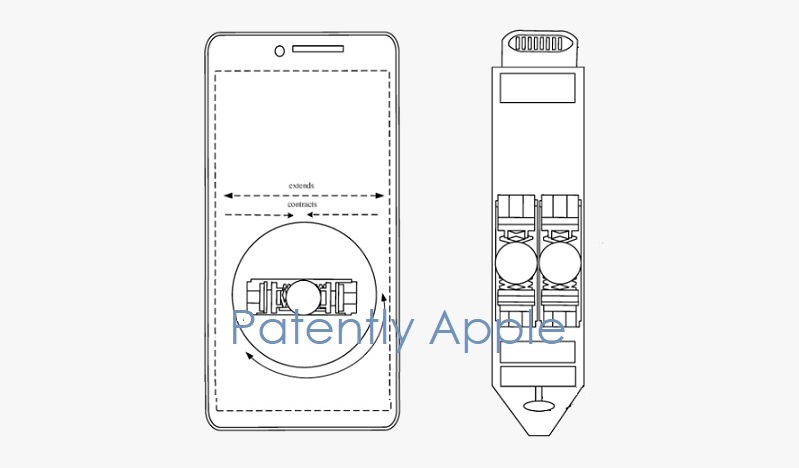 The United States Patent and Trademark Office on Tuesday published a bunch of newly granted patents for Apple, and among them is one that describes an apparent next-generation Apple Pencil stylus that includes haptic feedback and supports both the iPhone and iPad.

These are all examples that Apple itself provided in the patent abstract. The company notes that the cantilever haptic feedback component within an internal cavity of the device can be configured to independently generate different types of vibratory feedback. 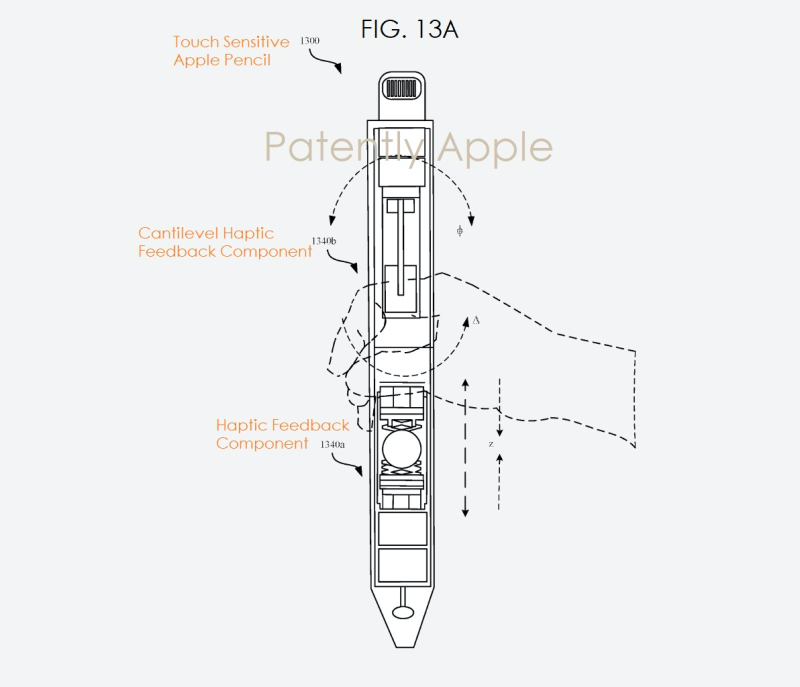 The touch sensitive device can refer to a portable electronic device, such as an iPhone.

While the fact that Apple has been granted a patent doesn’t necessarily mean it will implement the invention in upcoming products, this is an important patent grant as it would theoretically permit the California firm to directly challenge Samsung’s Galaxy Note smartphone.

By providing two different types of haptic feedback components (#1340a and #1340b), the touch sensitive device (Apple Pencil) is configured to simultaneously provide haptic feedback associated with a variety of directionalities or degrees of freedom. In this manner, the amount of haptic feedback perceived by the user is magnified.

Will a future Apple Pencil support the iPhone, do you think?