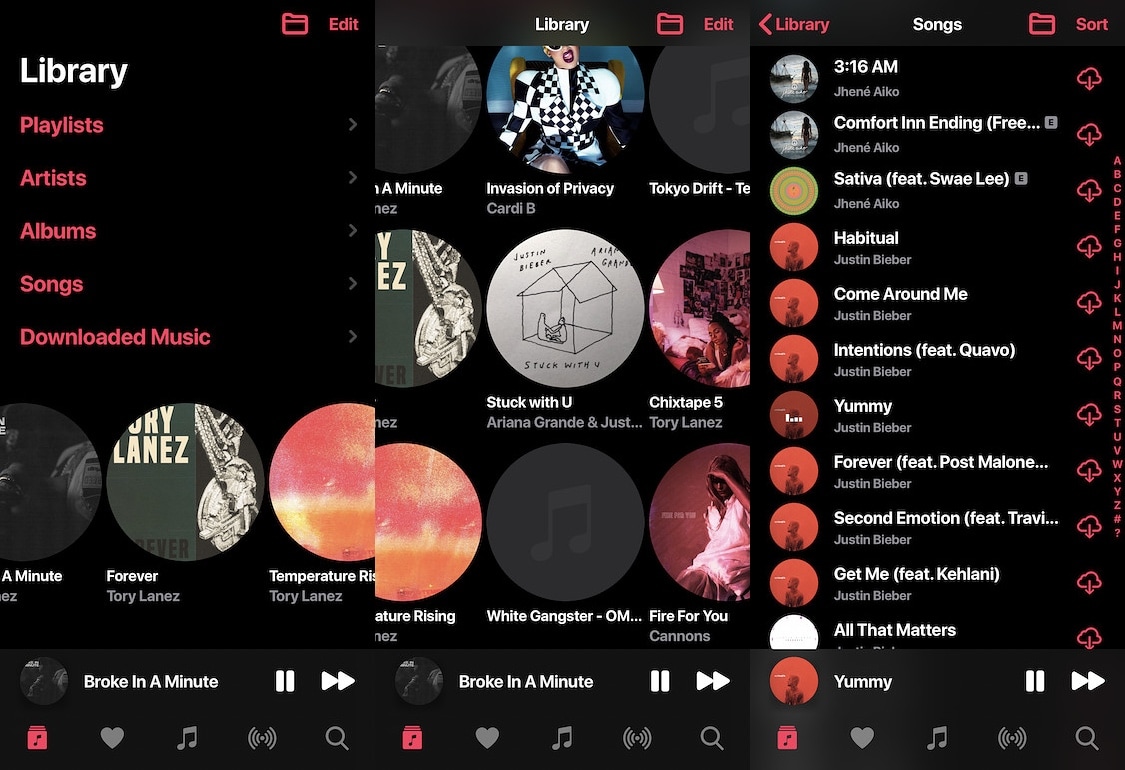 Apple Music users have a lot to brag about. Not only is it one of the best music streaming experiences on the iOS platform, but it also brings a native user interface with full Siri integration and a ton of other perks. But pleasantries aside, it does have a few shortcomings – namely in the user interface department.

MusicAlbumScroll is a newly released and free jailbreak tweak by iOS developer Ethan Whited that improves upon the native Apple Music interface with some much-needed scrolling capabilities. With it, you can scroll horizontally between recently added albums, adjust spacing values, and even give your Apple Music app a rounded artwork aesthetic.

For a better explanation than words alone can describe, we’ll direct your eyes to the developer’s teaser video below:

You’ll see how the scrolling side-to-side simply flows in each of the app’s user interfaces. It’s pretty easy to say that Apple should have included such functionality out of the box in Apple Music, but since they didn’t, it’s particularly convenient that Whited has.

Once installed, MusicAlbumScroll adds a dedicated preference pane to the Settings app where users can configure the tweak to their liking: 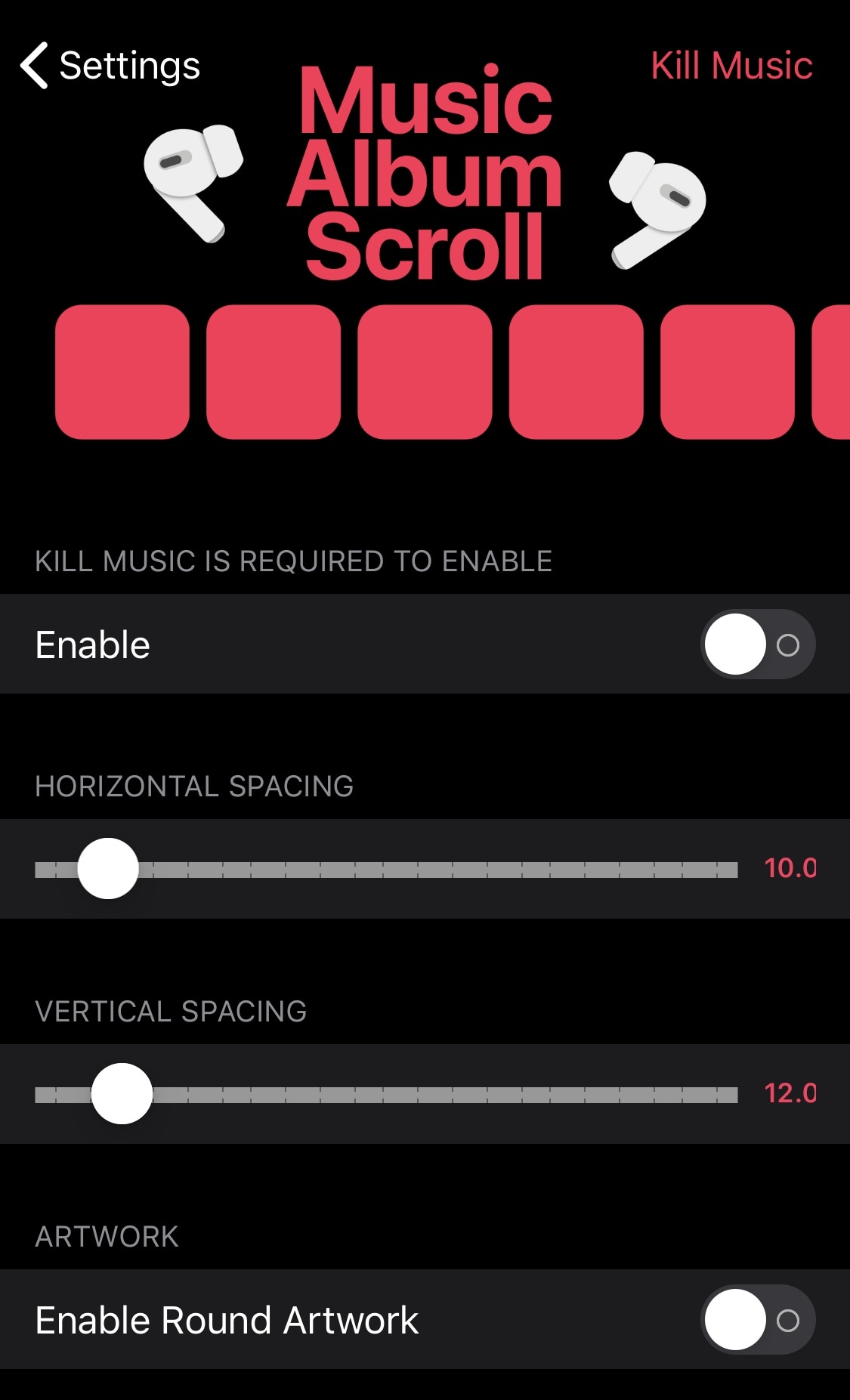 You’ll want to force-close the Music app via the App Switcher in between applying changes. Fortunately, the developer includes a handy button for doing just that at the top right of the preference pane.

Those ready to upgrade their native Music app on jailbroken installations of iOS 13 can download MusicAlbumScroll for free from the Twickd repository via their favorite package manager. Please note that the tweak only works with the Music app and will not be compatible with third party music streaming solutions such as Spotify.

Do you plan to install MusicAlbumScroll? Let us know why or why not in the comments section below.