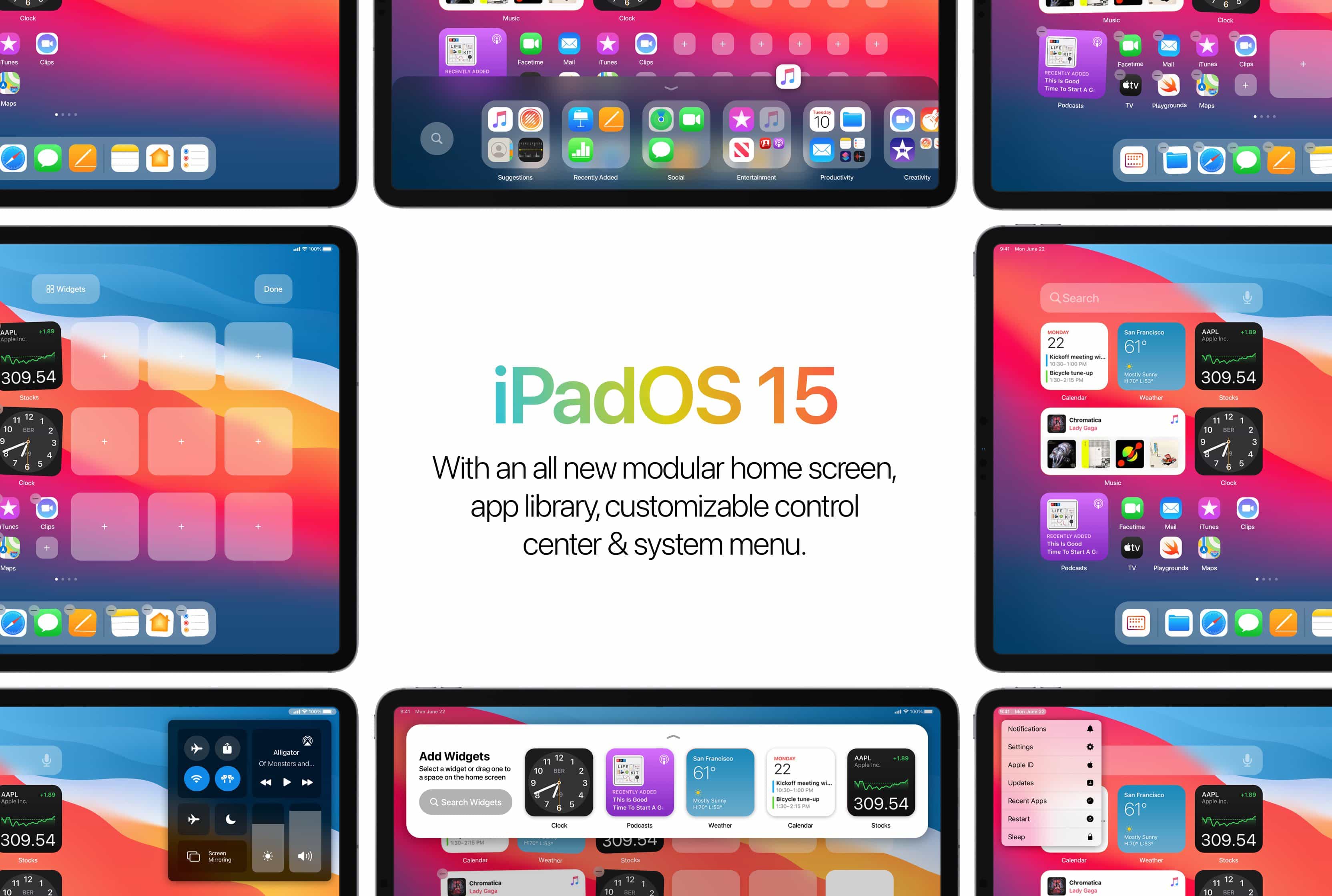 Apple isn’t a complete stranger to widgets, as the company has had the feature available for iOS users for quite some time. But with iOS 14, widgets are getting a lot more attention, and, more importantly, a lot more useful.

However, the same can’t really be said for iPadOS 14, which, despite the fact it shares plenty of similarities with iOS 14, will continue to relegate widgets into a dedicated area, rather than let iPad users distribute widgets (and widget stacks!) throughout their Home screens. That’s not the best way to implement the feature, especially considering how much more screen real estate an iPad offers over even the largest iPhones, but one concept designer has envisioned what widgets might look like in iPadOS 15 — if Apple decides to copy iOS 14 a bit more.

Designer Parker Ortolani (via Cult of Mac) has put together a pretty intricate design of what iPadOS 15 might look like in the future, and it goes beyond the widgets.

But first, the widgets

While Ortolani includes quite a few changes when compared to iOS 14, it’s the widgets that get the most attention (as it should be), if for no other reason than Apple left a lot to be desired in iPadOS 14. First, you’ll notice that widgets can be placed anywhere on the Home screen in these concept designs. And that includes in the center line of the Home screen — something that can’t even be done with iOS 14 and widget placement. This means you can have a range of different widgets place on your Home screens, while also having plenty of app icons distributed throughout as well.

Widgets can be resized and moved as the user sees fit, just like in iOS 14. 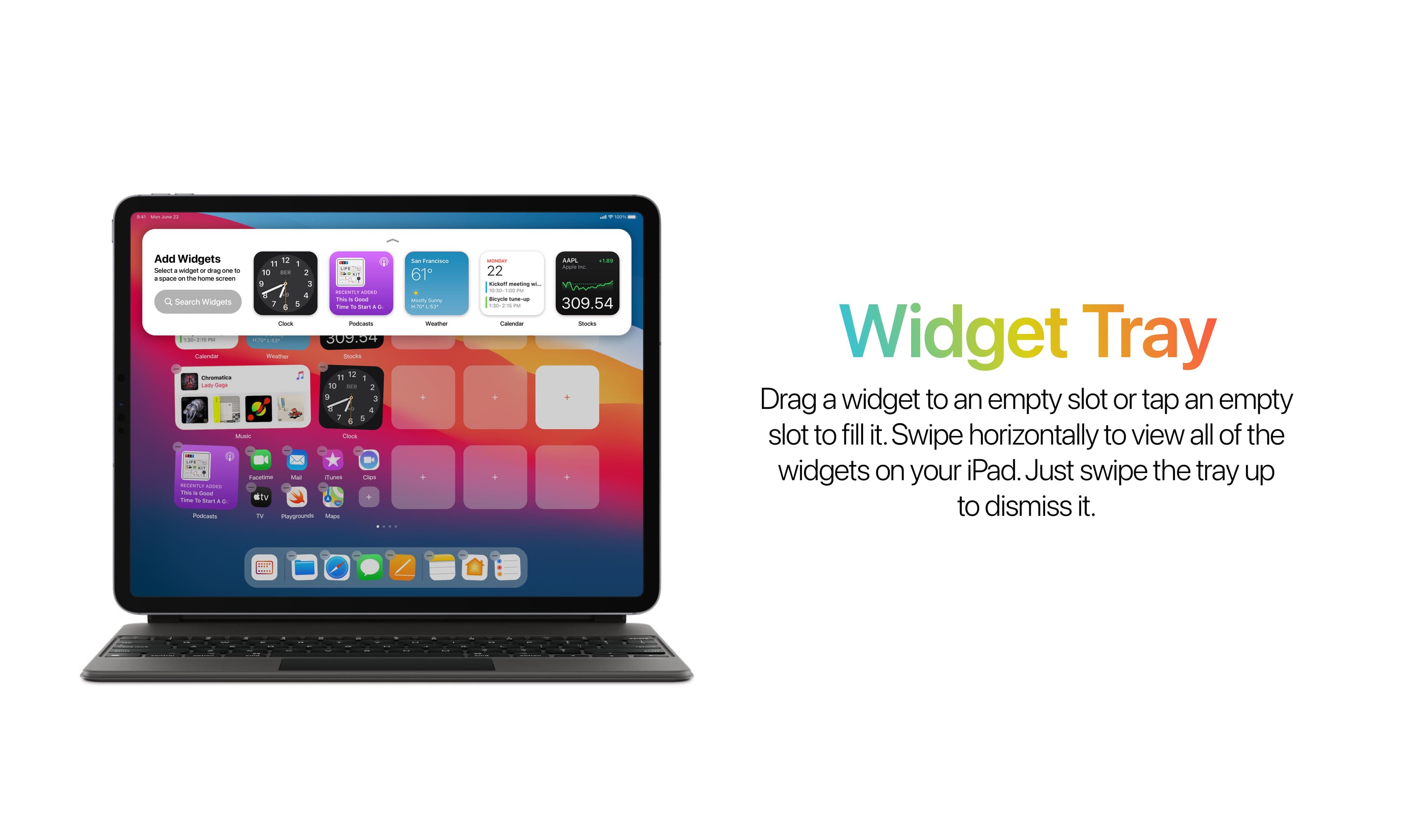 Ortolani envisions iPadOS 15 with a couple of new elements: a dedicated button in the Dock that can launch the App Library, a dedicated section that categorizes all of the user’s apps for easy access. And then the Widget Tray makes it easy to find the widget you want to add, with a drop-down tray that shows available options when you go through the motions of adding one (or more). 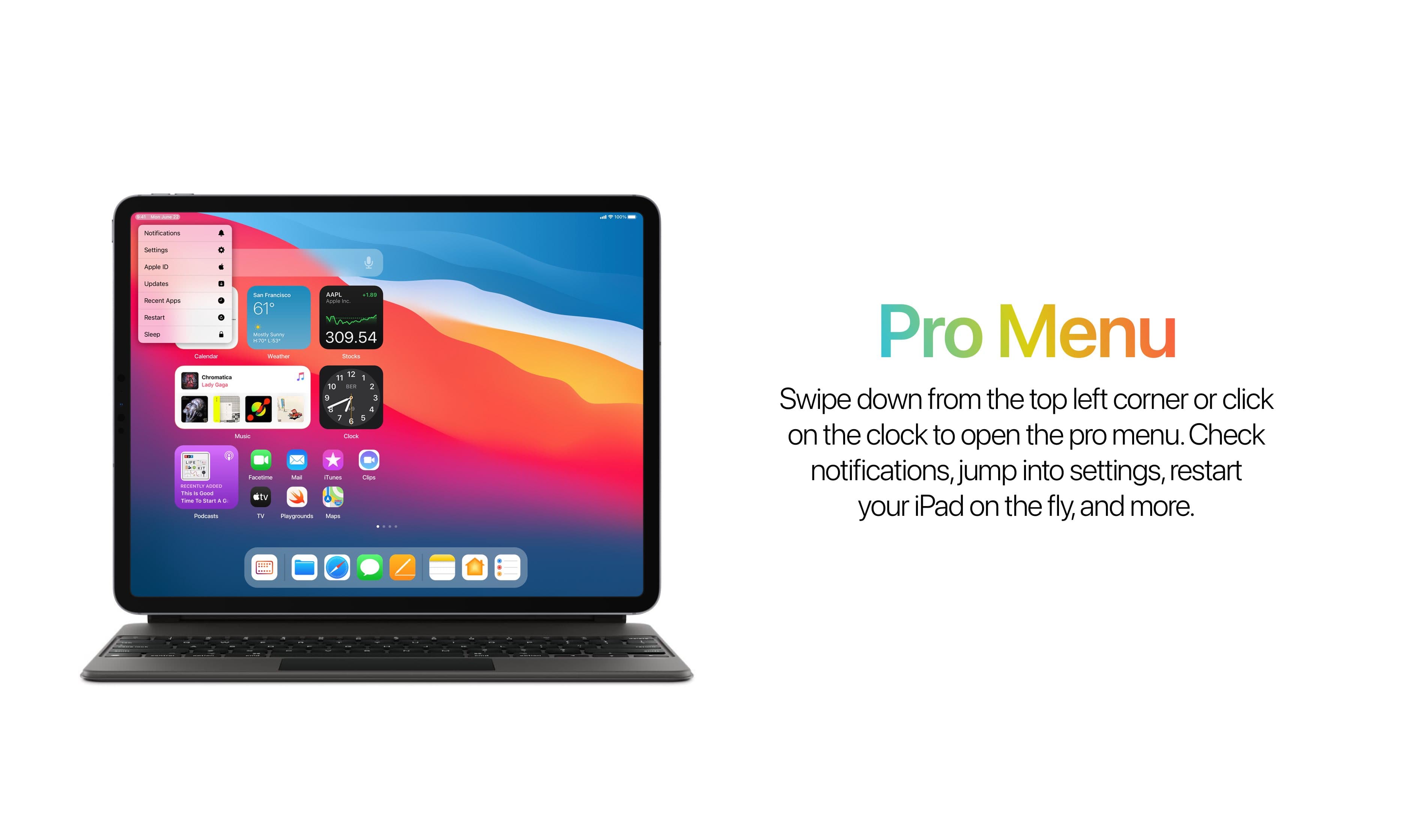 iPadOS 15 could definitely use another drop-down menu, so why not from the left corner? This is where Ortolani thinks a “Pro Menu” could live, which would give users the ability to check notifications, quickly jump into settings, and even quickly restart the iPad.

There’s certainly a lot to like in Ortolani’s vision for next year’s big update to iPadOS 15, and it will be interesting to see what Apple brings to the table in 2021.

Are you happy with iOS 14/iPadOS 14? What other changes would you make to the software if you could?