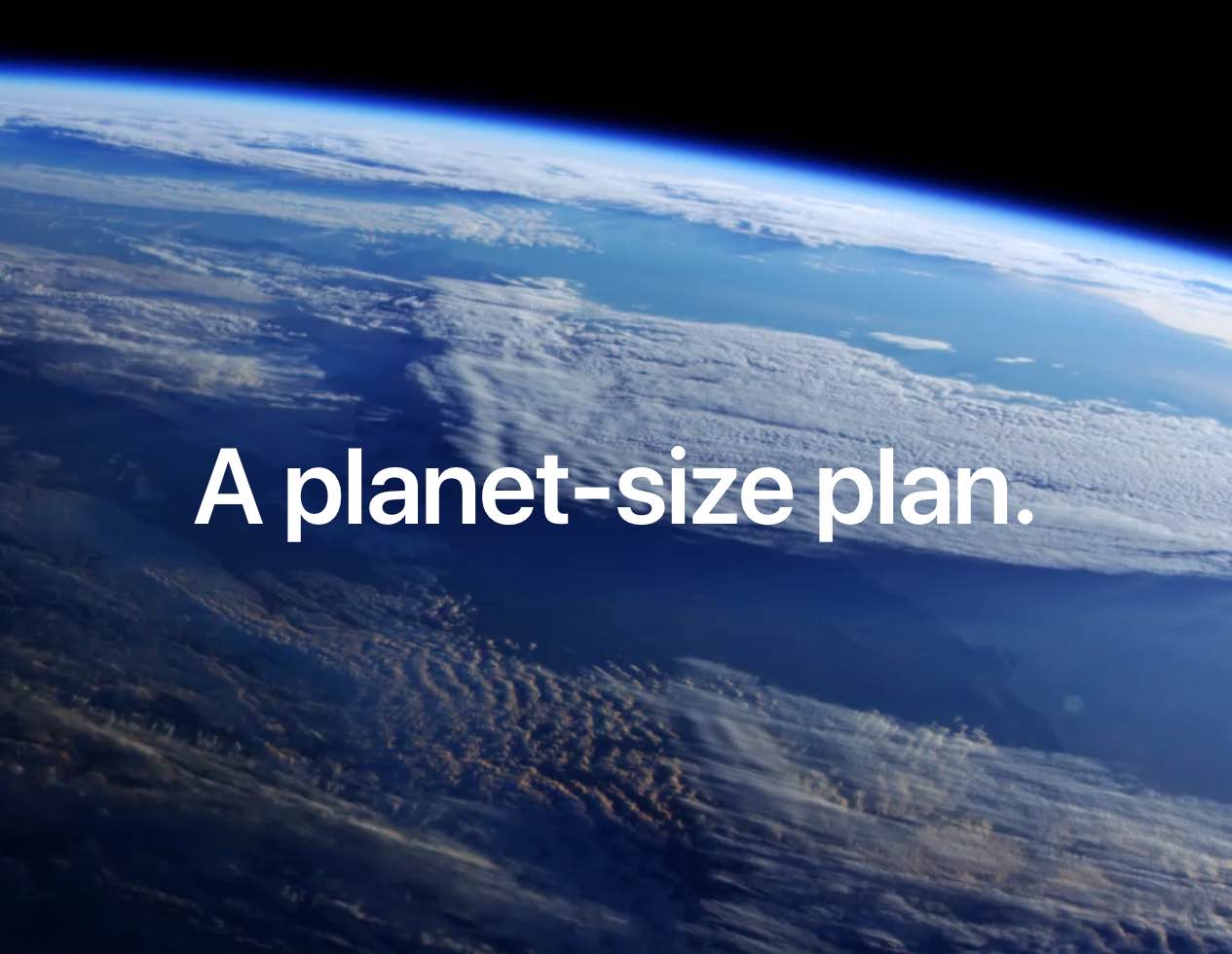 Apple today shared a new video on its YouTube channel that focuses on climate change and the company’s own efforts to eliminate its whole carbon footprint before the next decade ends.

Apple became a carbon-neutral company in April of this year by balancing carbon emissions with carbon removal or, in simpler terms, by eliminating carbon emissions altogether which it achieved by using 100 percent renewable electricity in its retail stores, campuses and other corporate facilities. Even Apple’s corporate travel doesn’t contribute carbon to the planet.

“We use 100 percent renewable electricity, and we’ve invested in the restoration of forests, wetlands and grasslands to remove carbon naturally,” Apple notes.

Watch the video embedded below.

We have an entirely different goal in mind. It’s kind of an audacious plan. By 2030 our whole carbon footprint — from manufacturing to transportation to end-of-life material recovery — will be nonexistent. All of Apple will be 100 percent carbon neutral.

To do that, we’ll be using renewable energy and recycled materials throughout our supply chain. We’ll be restoring natural ecosystems around the world. And we’ll reuse as much as we can.

Such a “planet-size plan” is going to require designing a sustainable manufacturing process, and Apple is the perfect company to do it given its world-class manufacturing expertise.

“To really get to carbon zero while making products people all over the world love — a lot of people might say that’s impossible,” it said. “We say it won’t be. Keep an eye on us and see.”

To see the steps Apple is taking, visit apple.com/2030.

For further information, be sure to check out Apple’s press release announcing this effort, read a Medium post penned by Apple’s Vice President of Environment, Policy and Social Initiatives, and former head of the Environmental Protection Agency, Lisa P Jacksonm, as well as scroll through Apple’s newly published 2020 Environmental Progress Report.