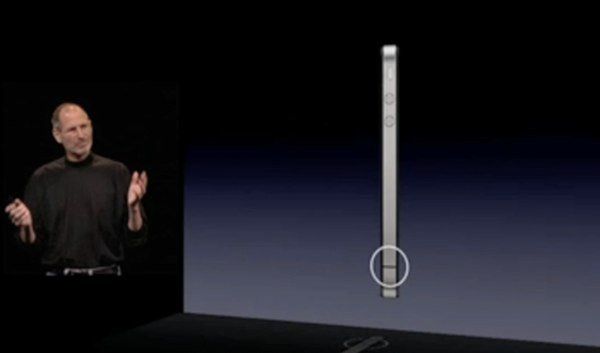 37-year-old Apple fanboy Jonathan Mann had no idea that a song he wrote to defend his beloved Cupertino company would end up getting picked up by its leadership to be played at the hastily organized iPhone 4 Antennagate press conference back in 2010.

Not only that, but it also made Steve Jobs dance.

Surely you remember Antennagate, perhaps Apple’s biggest iPhone scandal to date which earned the Cupertino giant lots of bad press around the world, making Steve Jobs furious and spoiling what was supposed to become the biggest iPhone launch to that date.

Sensing the gravity of the situation in the summer of 2010, the late Apple CEO had to end his family vacation in Hawai early in order to hastily organize a press conference. Designed to minimize the fallout from Antennagate, the presser was held on Friday, July 16, 2010 and included a private tour of Apple’s antenna design lab for cherry-picked journalists.

At the time, one Jonathan Mann was committed to writing (and singing) one quick song every day. As a true Apple fan, he wanted to do something to justify Apple’s stance on Atennagate and ended up doing what he does best: he wrote and sang a catchy tune about Apple.

But little did Mann know back in 2010 that his song would go viral overnight and wind up picked up and used by the iPhone maker as an intro opening for its press conference, during which a defiant Steve Jobs would defend Antennagate.

So here’s what happened in the summer of 2010, according to Mann himself:

I had just learned that I lost a big video contest, and I was feeling pretty down. It also happened to be the eve of Apple’s Antennagate press conference. The anti-Apple hype was at a fever pitch and I thought the whole non-story was ridiculous. I decided to write a song defending Apple. I hoped that MG Siegler [former TechCrucnh writer] would post it and maybe I’d get some decent traffic. I wrote the song in about two hours and spent another hour on the video. I posted the song, sent it to MG and went to bed.

That was on the eve of the Antennagate press conference.

The next morning I woke to a flurry of activity in my inbox, including an email that appeared to be from Apple. I read the email and decided it was fake — someone was trolling me. I was in the shower when my phone rang. It was Apple PR. For real. Could they use my video to open the press conference, they wondered? Um, yes. Sure, uh, how should I send it to you? Jesus Christ.

And here’s a video in which he explains everything.

Mann has since went on to write various other songs, some of which focused on Apple:

If you’re interested to learn how Jonathan comes up with these fun song ideas and what it takes to write a song from start to finish, be sure to listen to his music-making podcast, titled “As It Happens: Song A Day” and available on Apple Podcasts.

Shortly after the iPhone 4 released on June 24, 2010 in the US, UK, France, Germany and Japan, early adopters began noticing that cellular signal strength would drop after holding the phone in their left hand, which caused skin from the hand and the fingers to bridge a gap between the stainless steel bands running around the sides of the phone. Because the phone frame doubled as antenna, that could lead to dropped calls in areas with bad signal reception.

Watch closely and you’ll notice Steve Jobs was briefly dancing his way onto the stage after the song ended playing. In hindsight, the Antennagate press conference was a wild success.

Not only did it help alleviate concerns that early iPhone 4 buyers were having, but the company also offered a solution that gave all affected customers free cases and bumpers while it worked on a modified version of the iPhone 4 that corrected the flaw later that year.

Of course, other scandals would unfold in the ensuing years, including the iPhone 6 Plus Bendgate and the recent Batterygate, but none was potentially so much devastating to the iPhone’s allure and Apple’s reputation as the iPhone 4 Antennagate in the summer of 2010.

Do you remember Antennagate? If so, what were your feelings back then about the whole situation? Was it your mind a real problem that justified a hardware recall or an issue that ended up being way overblown in the press?