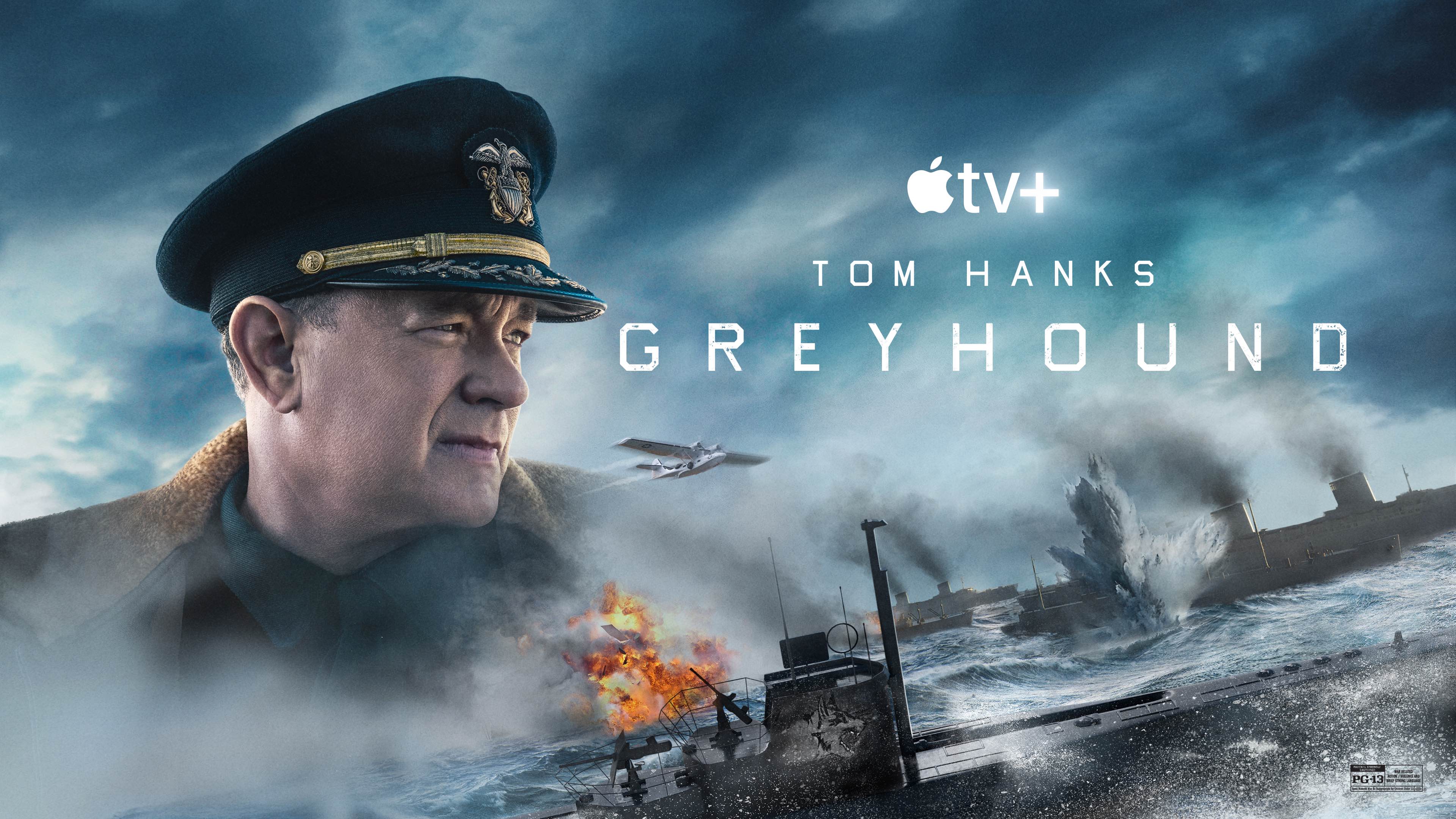 Apple TV+ hasn’t been around for long, only launching to the public in late 2019, but it has already seen some success as far as content is concerned. It might not have the numbers, but subscribers appear to be happy with the quality of most of its shows and films so far.

While initial reviews for shows like The Morning Show, For All Mankind, and See were a little rough, as the shows progressed towards their first season finales many fans jumped on board. Since then, Apple TV+ has welcomed new entries like the film The Banker starring Anthony Mackie and Samuel L. Jackson, and shows like Defending Jacob starring Chris Evans, which has become one of the most popular pieces of entertainment on the streaming service since launching earlier this year.

Now, there’s a new top entry on the service: Greyhound. This film, which was written and stars Tom Hanks, has apparently earned the biggest opening weekend release ever for Apple and Apple TV+. This makes the World War II-based film the biggest launch for the service since its launch last year. Perhaps that’s not too surprising, considering it stars Tom Hanks and, by all accounts, appears to be a pretty exciting film (I haven’t actually watched it yet).

The latest information regarding Greyhound‘s release comes from Deadline, based on what the publication was told from unnamed sources “close to Apple”. Unsurprisingly, Apple isn’t going out of its way to divulge any exact numbers –a terrible trend other streaming services follow– but the publication states that the release saw a “viewing audience commensurate with a summer theatrical box office big hit”.

Greyhound was meant to land in theaters this summer, but with the ongoing coronavirus pandemic the film was initially delayed. That delay eventually led to Sony, the original distributor for the film, to pass it along to Apple after a huge bidding war between Apple and other companies.

The report also states that 30% of the viewers who tuned into Greyhound over the weekend were new to the service, so it sounds like a not insignificant number of people signed up just so they could watch the new Tom Hanks film.

Apple did not actually say which of its previous Apple TV+ entries were at the top of the list. It’s known that The Morning Show was one of the most-watched TV series on the service, and then Defending Jacob arrived and, by all accounts, took that mantle by the time the series wrapped up its first (and potentially not only!) season.

And then there’s the fact that Hanks himself wasn’t too thrilled with the idea of his film, which, again, he wrote, ended up on Apple TV+ and not in theaters. He went on the record saying as much earlier this month:

“Greyhound” has been an especial labour of love for him, one he sweated over for almost a decade, and it is one of those sweeping war movies that really should be seen on the big screen. So the change in plans has been, he says, ‘an absolute heartbreak. I don’t mean to make angry my Apple overlords, but there is a difference in picture and sound quality.’

It didn’t take long before Hanks would change his tune on the matter, though, calling Apple TV+ “a gift” in a follow-up statement on the matter, and basically saying he’s thankful the film found a release partner rather than not seeing the light of day at all. And, let’s face it, Sony was going to find a way to offload Greyhound to some service, so if it wasn’t Apple it would’ve been another like Amazon or Netflix.

Did you check out Greyhound over the weekend? If so, what did you think?