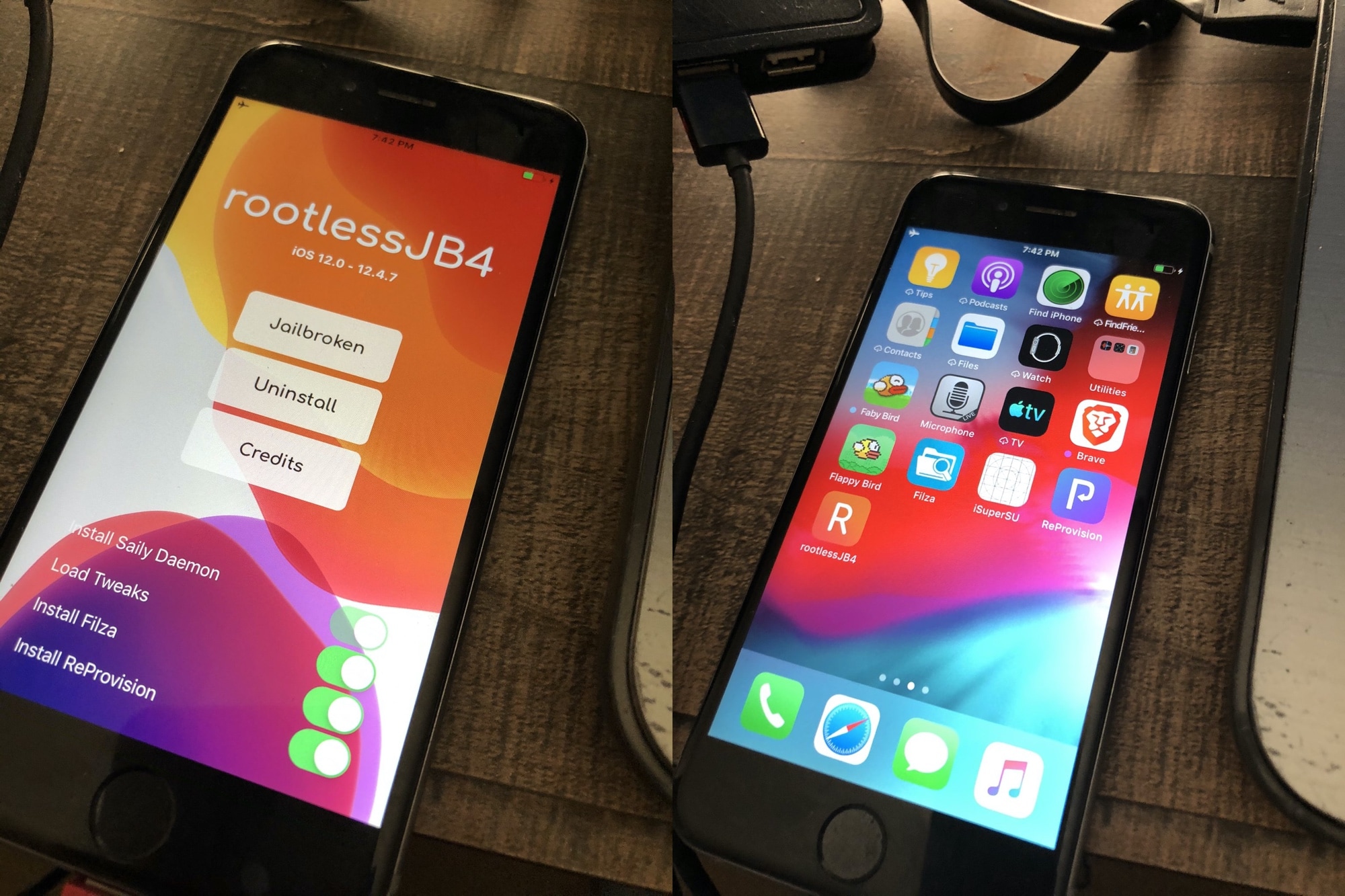 Rootless jailbreaks are essentially a category of jailbreak that avoid messing with the device’s root filesystem. As you might come to expect, this makes them more restrictive than their full-fledged jailbreak counterparts, such as checkra1n or unc0ver. On the other hand, rootless jailbreaks are, by nature, more difficult to detect by apps that implement jailbreak detection. 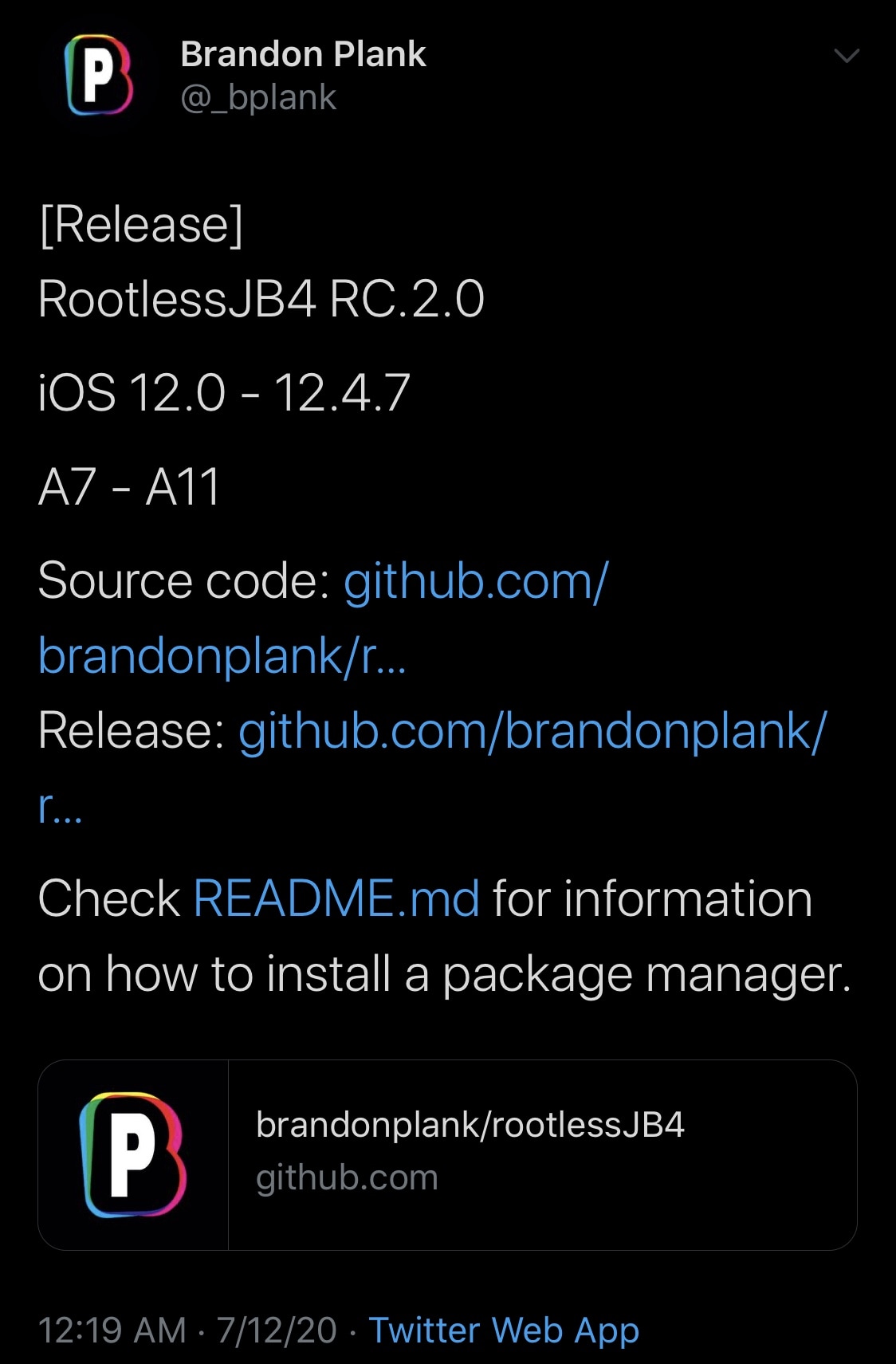 This isn’t the first time we’ve seen a rootless jailbreak; in fact, the last time we saw one was just over a year ago when iOS hacker Jake James released the SSH-based rootlessJB 3.0. Plank’s new RootlessJB4 seems aptly named, as it’s now the fourth rootless jailbreak to be released in recent memory.

Because of their restrictive nature, rootless jailbreaks are best suited for developers as everyday jailbreakers have a lot more to gain from full-fledged jailbreaks. It’s possible to install jailbreak tweaks and/or package managers on rootless jailbreaks, but not all packages will work as expected.

What’s notable about RootlessJB4 is that it supports all versions of iOS 12 on A7-A11 devices. The unc0ver jailbreak, by contrast, doesn’t support iOS 12.3-12.3.2 or 12.4.2-12.4.7; likewise, the Electra Team’s competing Chimera jailbreak doesn’t support iOS 12.3.1-12.4.7. RootlessJB4 seems to achieve this feat through a new exploit, which allegedly sports an eye-wateringly low success rate of only around 5%.

There are also some notable known issues with RootlessJB4, which have been outlined by Plank on the GitHub depiction page. Those include:

Given all the aforementioned challenges, it’s easy to see why this type of jailbreak should only be used by developers. The average jailbreaker won’t want to deal with such inconveniences on their personal handset, and so the use of a more traditional jailbreak is obviously recommended.

Still, it’s captivating to see these types of developments surface because they can inspire new works that effectively help the community as a whole. Moreover, they can assist developers in their never-ending quest to create new and intriguing projects.

RootlessJB4 is open source on Brandon Plank’s GitHub page for those interested in learning more about how it works. Users are strongly urged to read all the README files before moving forward to better understand what to expect from usage.

Are you excited to see that there’s a new rootless jailbreak in town? Let us know in the comments section below.