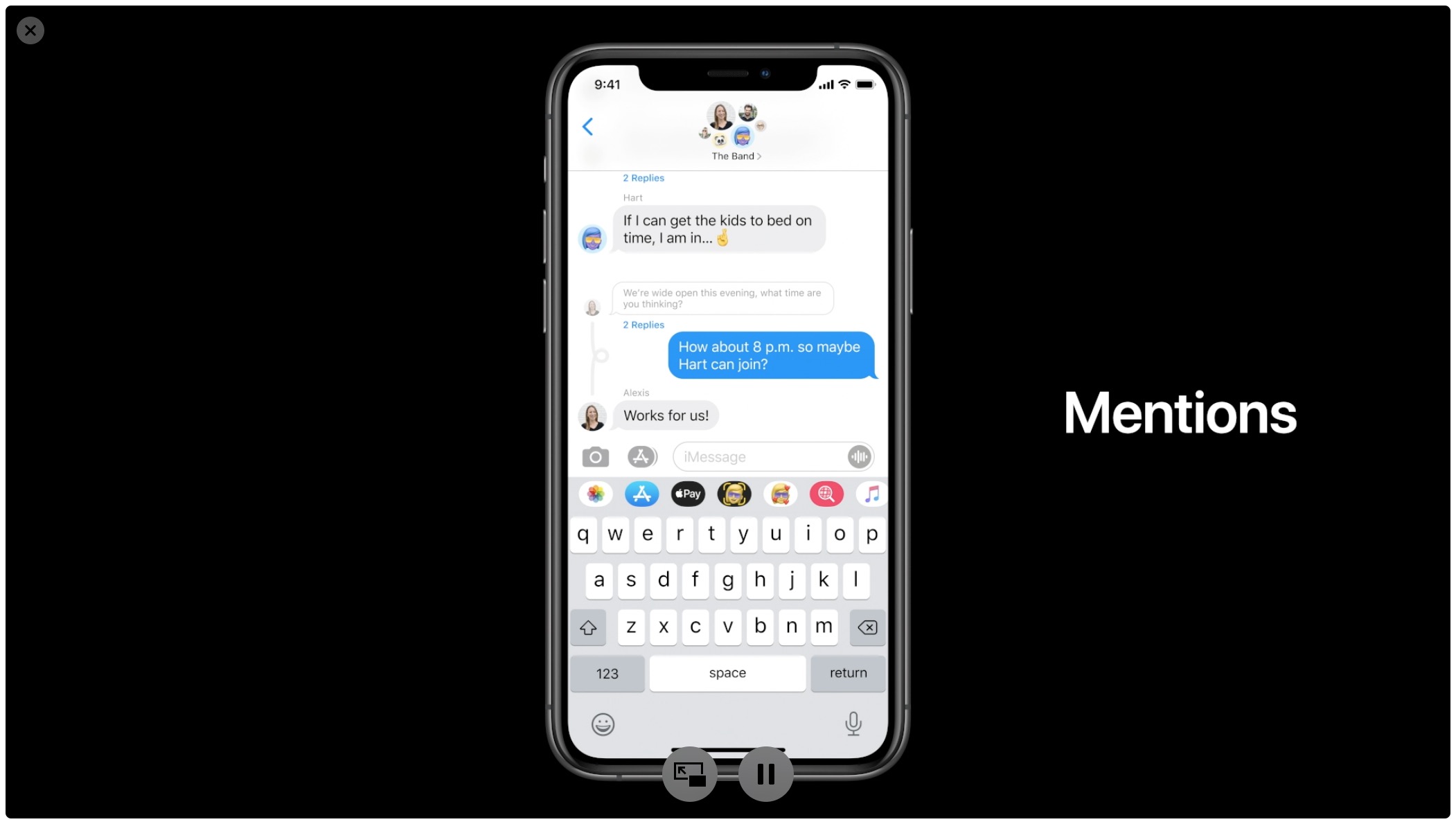 Apple introduced new iOS 14 features to Messages, bringing quite a few new elements to the mix.

On Monday, Apple introduced iOS 14 and welcomed new features to Messages. The first of which is the ability to pin a conversation, or conversations!, to the Home screen so you can quickly jump into a conversation when you need to. In addition to that, Apple is also introducing new Memoji customization options, including new face mask options. 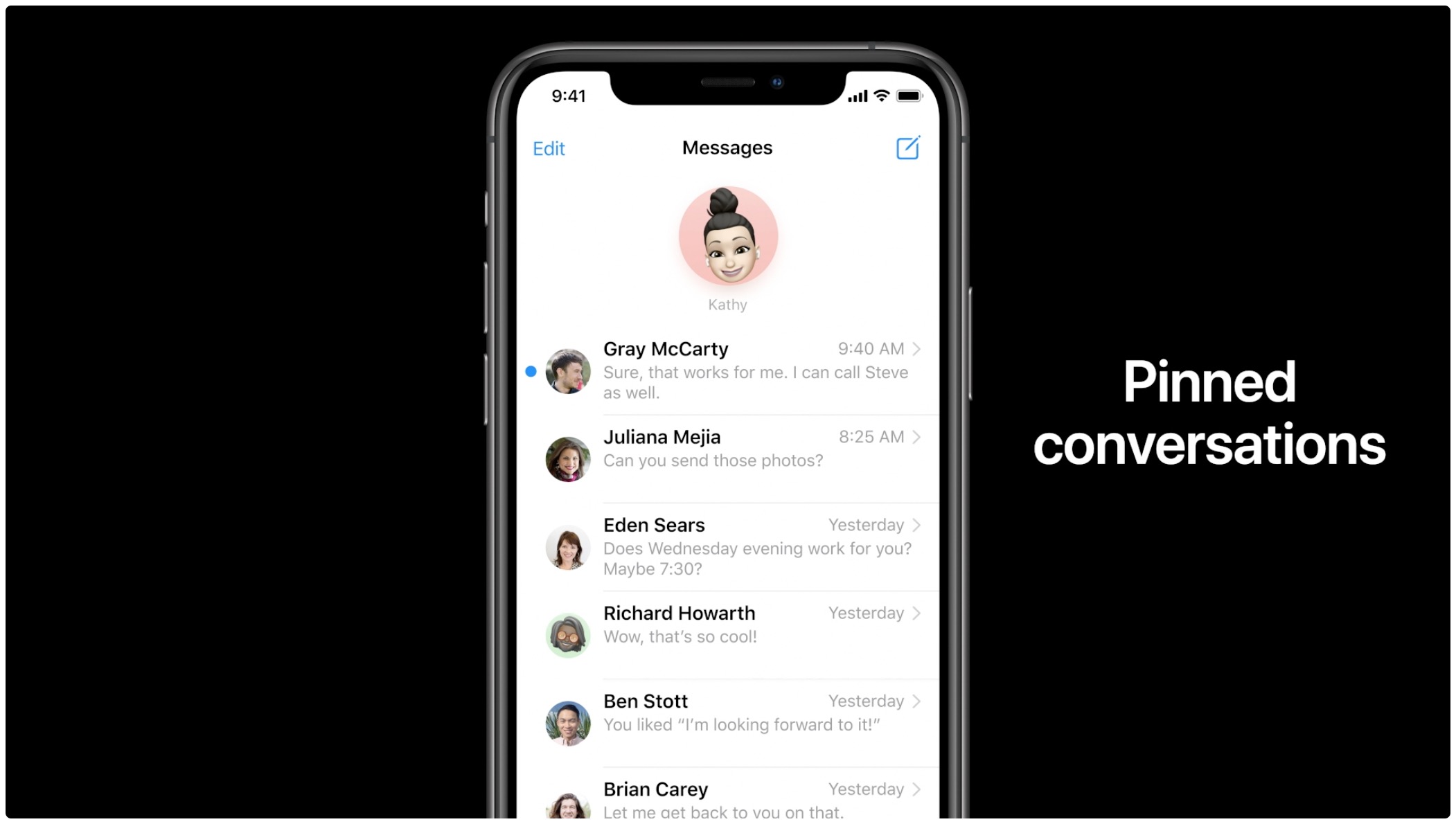 Messages will also support the ability to mention people within a group conversation (pictured at the top of this article), and it will also bring in-line replies for more granular conversations.