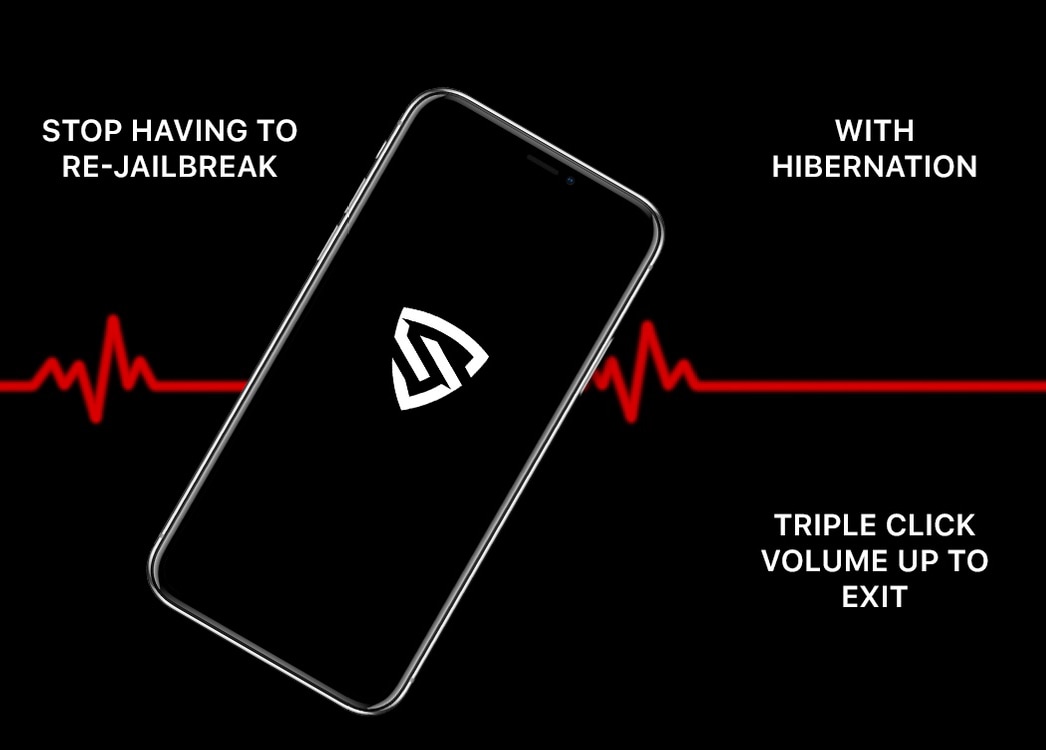 Rebooting your iPhone or iPad is often viewed as a big no-no in the jailbreak community, especially since all modern jailbreaks are either semi-tethered or semi-untethered, which means having to re-run the tool after a reboot to return to a jailbroken state.

In some cases, a reboot may seem unavoidable because your handset’s battery runs out before you can get to a charger. Fortunately, a newly released and free jailbreak tweak called Sentinel by iOS developer MegaDev tries to prevent this from happening by putting your handset into an hibernation-like state when the battery gets too low so that you have more time to get to a charger before a forced shutdown becomes inevitable.

If the concept sounds familiar, that’s because Sentinel is essentially a free and lightweight alternative to a popular paid jailbreak tweak called SafeShutdown that we showed you a couple of years ago. SafeShutdown comes with more options than Sentinel and is also compatible with iOS 13, but it will set you back $1.99 whereas Sentinel is completely free.

Both tweaks achieve the primary mission of preventing your handset from rebooting, but whether you need all the extra bells and whistles that SafeShutdown brings to the table depends on the you and your personal needs.

So just how much more simplified is Sentinel over SafeShutdown? Quite a bit ­– and this becomes evident when you visit the tweak’s dedicated preference pane in the Settings app: 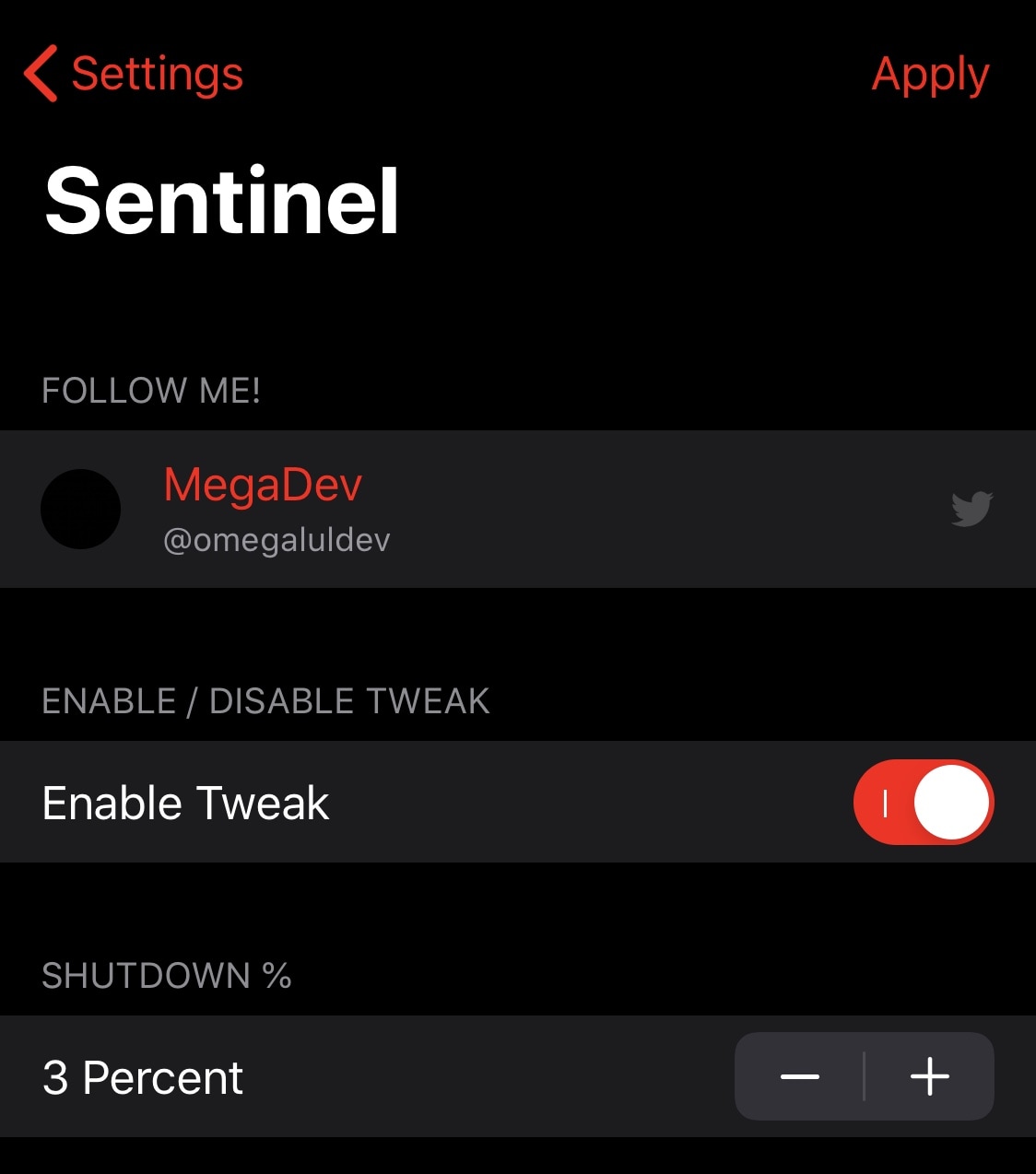 When configuring the tweak, you will use the Apply button at the top-right of the preference pane to save any changes you make.

Now we know what you’re probably thinking… “what happens if my device goes into hibernation mode, and how will I get out of it?” That’s a good question, and thankfully, it’s pretty straightforward to get out of hibernation mode. You can either charge your handset back up or you can press the volume-up button three times in a row. Another common question might be “how does tweak differ from Low Power Mode?,” and the answer is that Hibernation mode renders your handset almost unusable just as Power Reserve mode on the Apple Watch does. It’s a much deeper battery-saving mode than Low Power Mode could ever hope to be.

Since a lot of today’s jailbreaks require a computer connection to be used, whether you’re using the bootrom exploit-based checkra1n jailbreak or the unc0ver jailbreak via the AltStore utility, it can be troublesome to get jailbroken again when you’re nowhere near a computer. It’s always best to carry chargers or batteries with you when you travel abroad, but when that isn’t possible, this tweak can be handy in a pinch.

Those interested in trying Sentinel can download the tweak for free from the Dynastic Repo repository via their preferred package manager. The tweak supports jailbroken iOS 13 devices.

Do you see Sentinel as a useful addition to your jailbroken iPhone or iPad? Let us know your position in the comments section below.