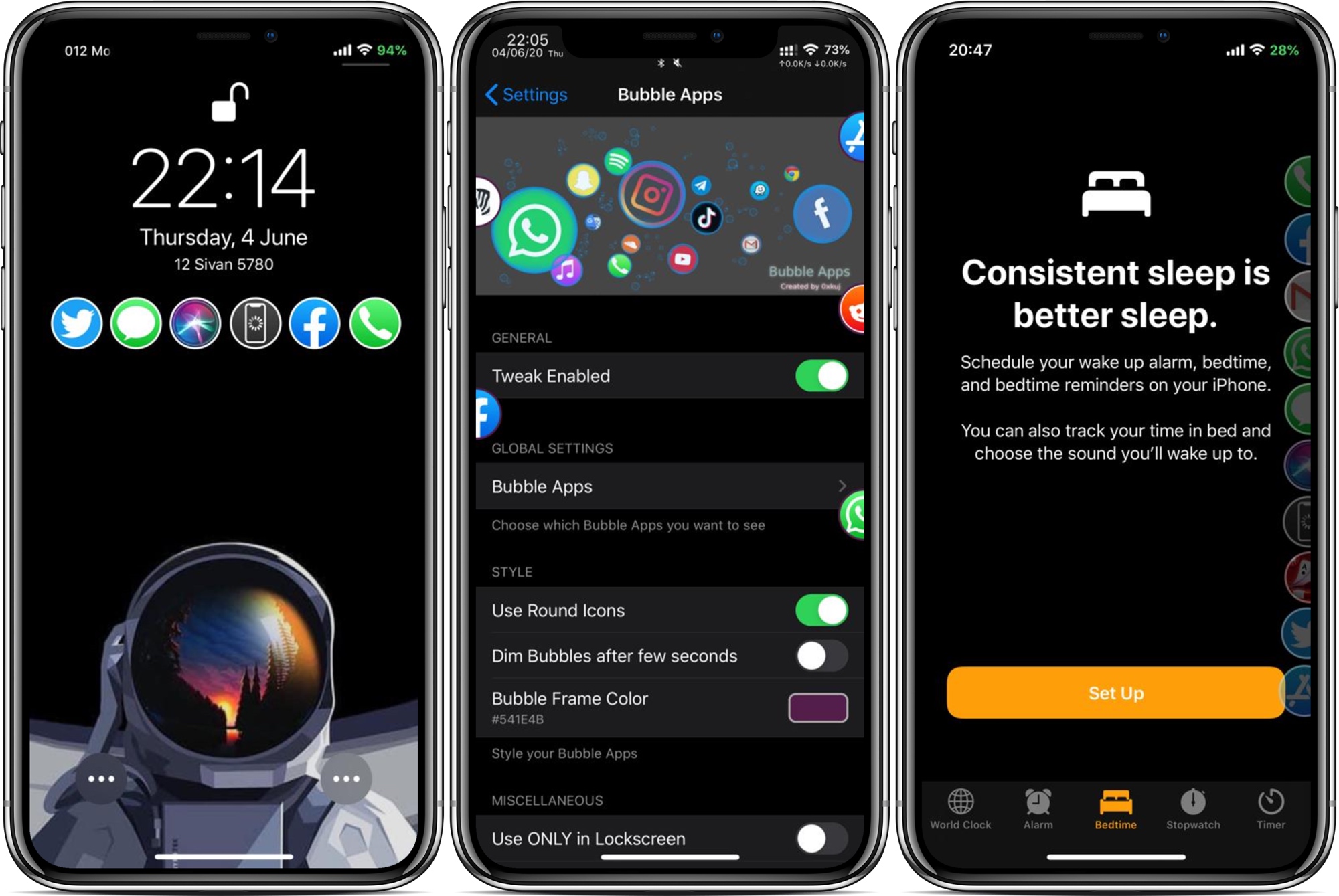 App launchers are popular among jailbreakers, mostly because they can make accessing your favorite apps from anywhere easy when you’re just out of reach of your Home screen. But what makes an app launcher perfect? The answer varies from one person to the next based on personal needs, which is one reason why we enjoy seeing different developers’ takes on the idea.

Enter Bubble Apps, the latest of such jailbreak tweaks created by iOS developer 0xkuj that provides users with a highly configurable app launcher interface that can be accessed from virtually any interface in iOS.

As you can discern for yourself in the screenshot examples above, Bubble Apps may appear slightly disorganized at first glance, and that’s because the developer designed the tweak in such a way that users could to drag and drop their app shortcuts anywhere on the screen.

One thing we noticed while testing Bubble Apps is that the app shortcuts can sometimes feel like they’re in the way, resulting in the irresistible urge to move them so you can make room for tapping. On the bright side, users can take advantage of a Hide Now feature to hide the app launcher from view in one fell swoop, clearing the way for taps. You’ve probably also noticed that the app icons dim out of focus when they aren’t in use.

After you install Bubble Apps, you can configure a plethora of options to your liking via a dedicated preference pane in the Settings app:

The developer provides a Respring button at the bottom of the preference pane to help you save any changes you make.

It’s worth noting that users can save the layouts they create for use in their favorite interfaces. The developer is also working on a feature that will enable alignment options, helping to make the placement a bit less chaotic in the future.

One of our favorite parts about Bubble Apps is that you can create a Siri shortcut bubble for fast-tap access to Siri. This will appear as a Siri icon next to all your app shortcuts.

Those interested in trying Bubble Apps can purchase the tweak for $1.50 from the Packix repository via their favorite package manager. The tweak supports jailbroken iOS 11, 12, and 13 devices.

Do you plan to give Bubble Apps a try? Let us know why or why not in the comments section below.