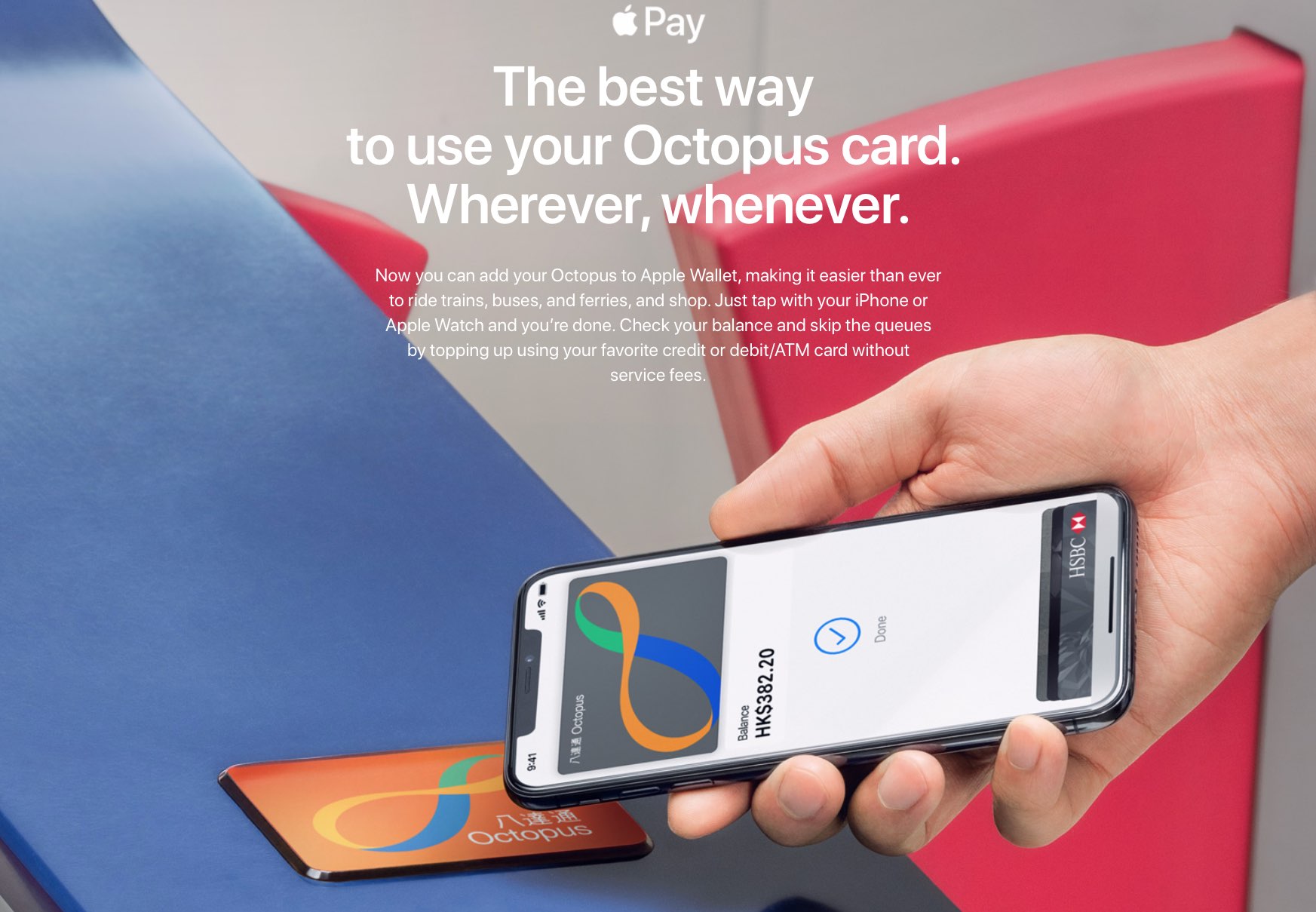 Following the official announcement in July 2019 and multiple delays, Apple Pay with Octopus is now finally available for residents of Hong Kong to pay for their public transit journeys just by holding their iPhone or Apple Watch close to the contactless NFC terminal without having to press any buttons or authorize with Face ID, Touch ID or the passcode.

Users can get a new virtual Octopus card directly from the Wallet app.

Those with a physical Octopus card can transfer its remaining value, deposit and most services (including Automatic Add Value Service) to their Octopus on iPhone by launching the Octopus app, then tap Add and choose the option Transfer Octopus Card.

Time Out has more on that:

Users might want to purchase a new virtual Octopus card directly from the iOS Wallet app instead of transferring their current Octopus because once you transfer your Octopus to Apple Pay, your physical card will be rendered unusable and the process cannot be reversed. It might be handy to keep your card around for those times when your battery is drained or when you don’t have your phone on you.

“Apple devices from anywhere can add and use Octopus thanks to Apple global NFC support but practical use is limited to having a Hong Kong issue Mastercard, Visa or UnionPay bank card already in Wallet,” the publication noted.

As a long time Apple Pay Suica user I can tell you that it’s the Apple Watch killer app. Octopus users will really enjoy the experience on Apple Watch especially when hooked up with auto recharge/Automatic Add Value Service (AAVS).

Apple Watch is the first time Octopus has landed on any smartwatch.

TUTORIAL: How to use Express Transit on iPhone and Apple Watch

Apple Pay’s integration with the Octopus card requires an ‌iPhone‌ 8 or later with iOS 13.5 or newer or an Apple Watch‌ Series 3 and later with watchOS 6.2.5 and up.

Apple also this morning updated its local mapping data in Hong Kong so that local residents can now finally use Apple Maps to search and get transit directions for metro trains, buses and ferries (indoor station mapping is, however, unsupported at this time).