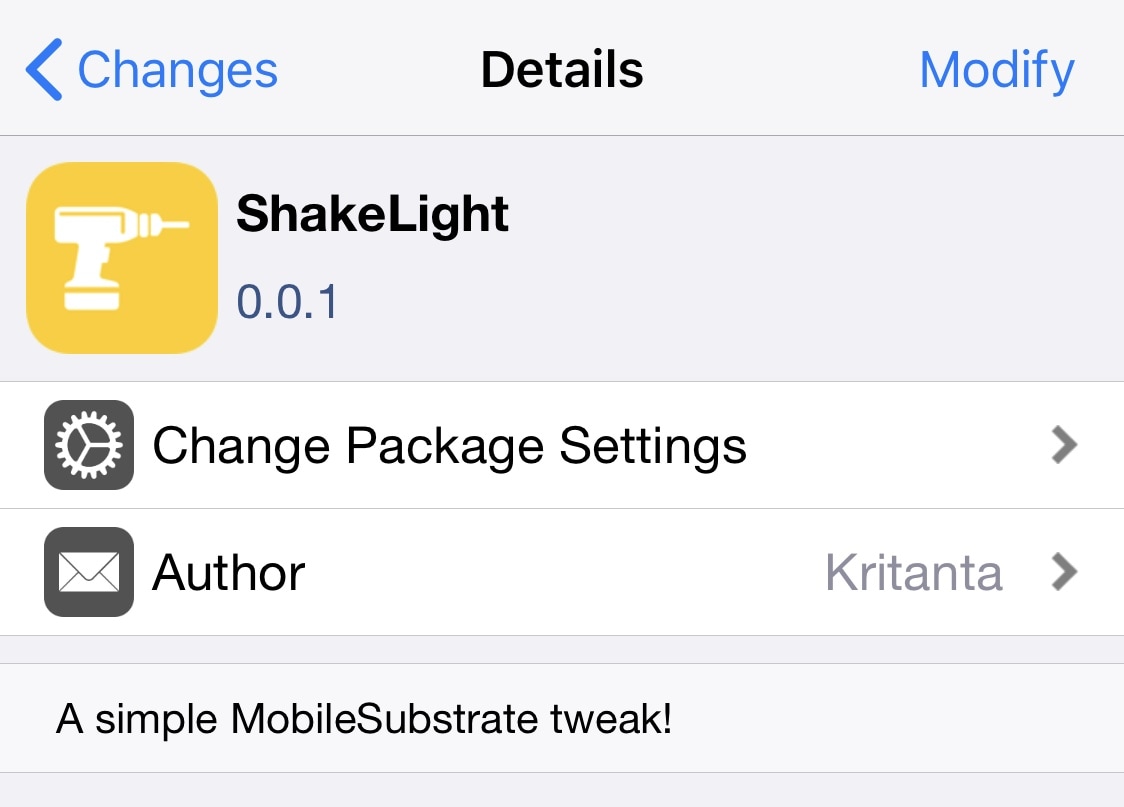 I often find myself in situations where I require a flashlight, and when one isn’t readily available. When this happens, I’ll do the only logical thing and grab my iPhone to use the LED torch functionality.

There are some cases, however, when using the touch screen to activate my iPhone’s LED torch just isn’t an option, and that’s one reason why I’m excited about the release of a new and free jailbreak tweak called ShakeLight by iOS developer Kritanta.

Just as the tweak’s name implies, ShakeLight lets you activate your iPhone’s LED torch by shaking your handset. Likewise, you can shake it again to turn the LED torch back off again when you’re finished.

It’s easy enough to access the LED torch feature from the Lock screen or via Control Center, but if your hands are gloved or otherwise oily from a late-night car repair or some other hand-dirtying activity, then you may not want to use the touch screen, and that’s where I think ShakeLight shines (no pun intended…).

ShakeLight was designed to prevent accidental activations, and as such, it will only work when your handset is unlocked. To some, this may seem counter-intuitive as you still need to interact with the touch screen to use the tweak, but if you’re like me and often watch how to-based YouTube videos about fixing cars mid-process, then your handset will already be unlocked when you’re ready to begin using it for niche activities.

ShakeLight doesn’t come with any options to configure, and personally, I wouldn’t mind seeing an option to allow using it even when the handset is locked (for those other situations unlike the one mentioned above). While it would potentially introduce false positives, the developer could easily circumvent this with a sensitivity adjustment setting.

If you’re sold on trying ShakeLight, then you can download the tweak for free from the OpenPack repository via your preferred package manager. The tweak supports jailbroken iOS 13 devices and may also work on earlier versions.

What are your thoughts about shaking your device to toggle the rear-facing LED torch? Let us know in the comments section below.