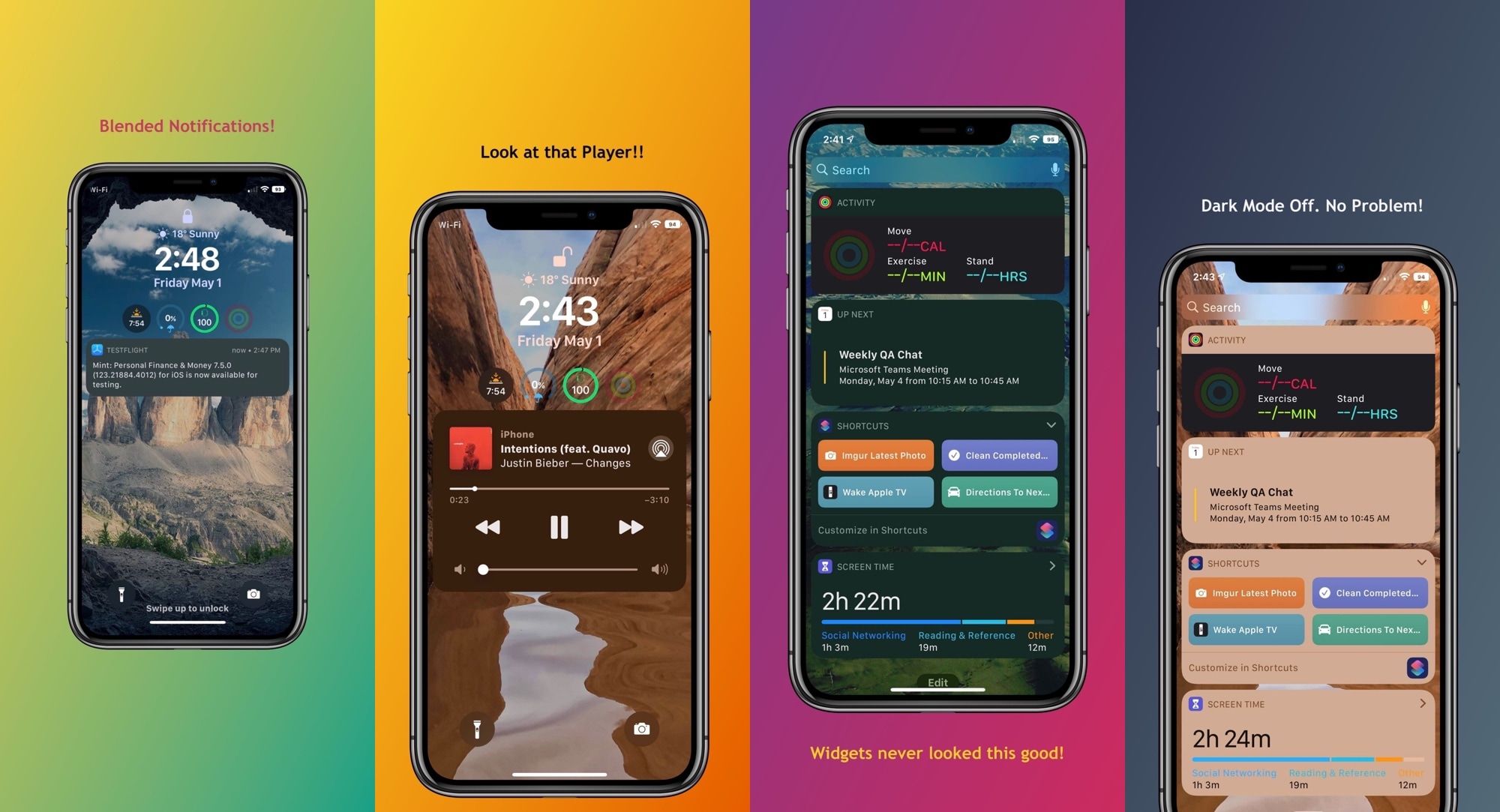 Any stock installation of iOS or iPadOS includes a native Accessibility option called Reduce Transparency that, as the name suggests, reduces transparency in several interfaces found throughout the platform. Some of these interfaces include Today widgets, notification banners, and the Now Playing media player, to name a few.

Some people like using the Reduce Transparency option for the aesthetics alone; unfortunately, toggling this option applies to every aspect of iOS, which may not be preferred in all instances. Those looking for more fine-grained control over this feature may want to turn their attention to a newly released and free jailbreak tweak called Dusky by iOS developer P2KDev.

With Dusky, users can effectively manage their Reduce Transparency effects on a case-by-case basis. In other words, it can be used to apply this aesthetic to various elements of the iOS user interface without the all-or-nothing standard that Apple imposes out of the box.

Once installed, Dusky adds a new preference pane to the Settings app where users can configure where the effect will and won’t have an effect: 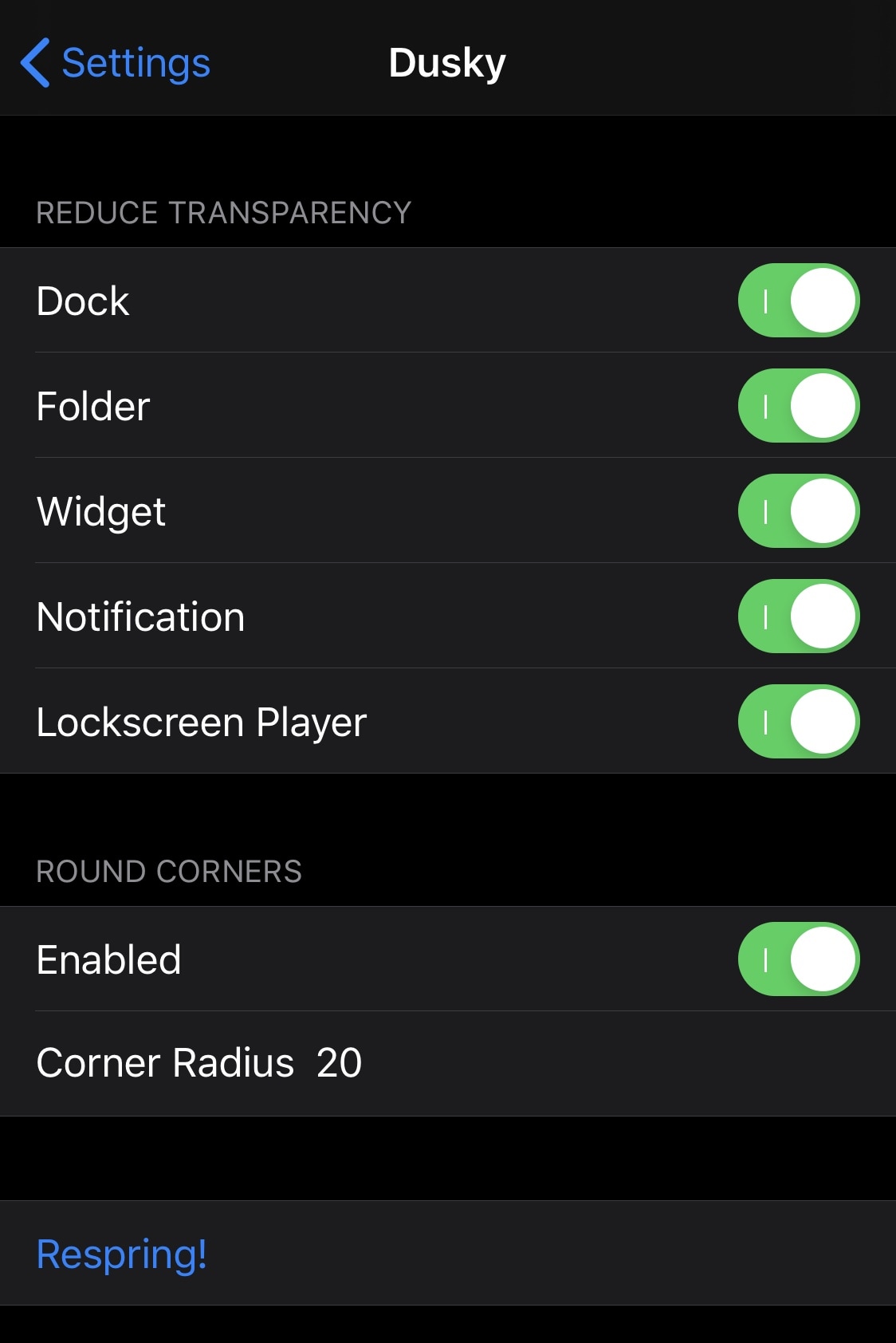 The developer includes a Respring button at the bottom of the preference pane so you can save nay changes you make on demand.

What we like about Dusky is that it provides more user flexibility than Apple does out of the box, but we think it’s worth noting that most people are inclined to take the route of consistency and use iOS’ Reduce Transparency feature in the all-or-nothing manner that Apple intended from the start.

If you think options are good and you’re willing to give Dusky a try, then you can download the tweak for free from the Packix repository via your preferred package manager. The tweak supports jailbroken iOS 12 and 13 devices.

Do you have a reason to configure iOS’ Reduce Transparency mode on a per-interface basis? Discuss why or why not in the comments section below.