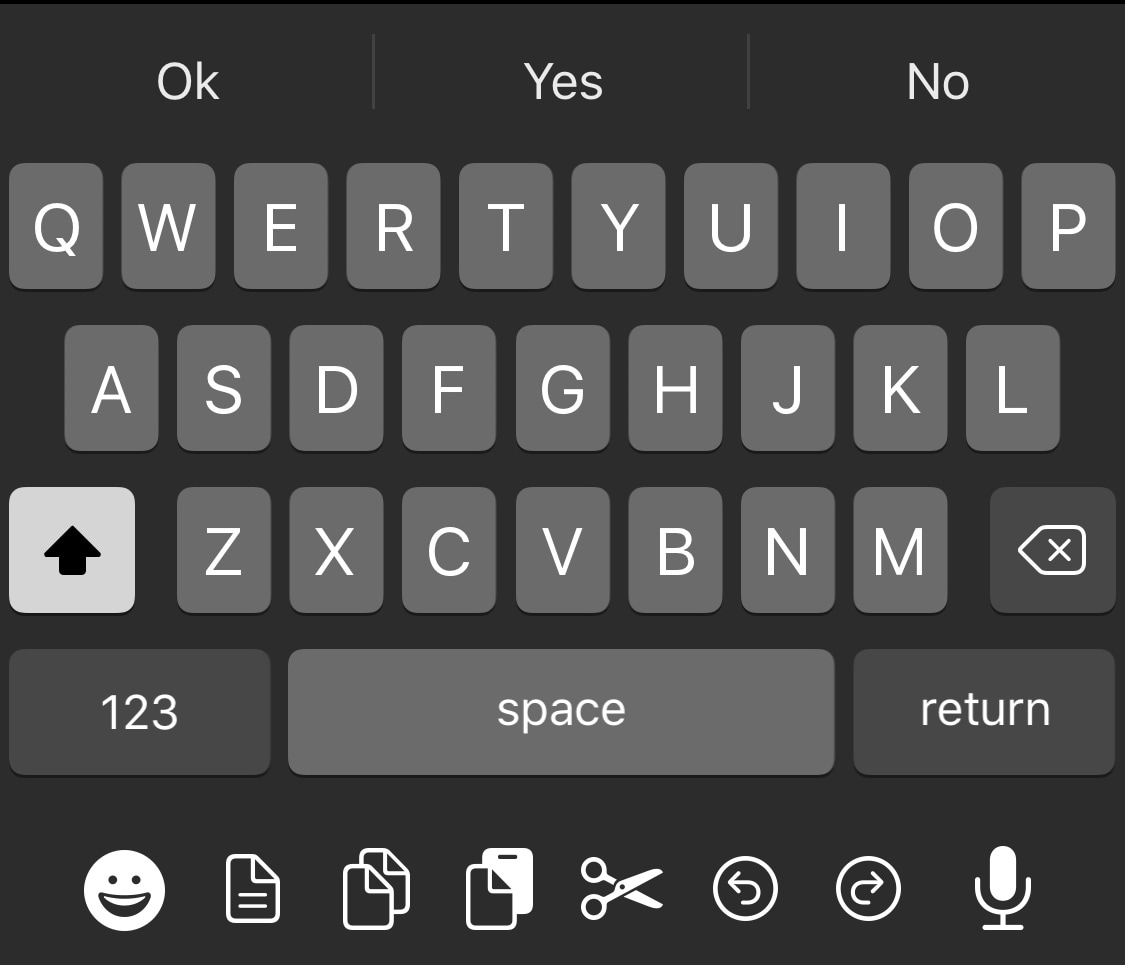 Apple took great care to ensure that iOS would have one of the most enjoyable typing experiences in the modern smartphone market. While it certainly is one of the best, it can still be argued that the iOS keyboard could be better with a few minor improvements.

One such example is the likes of a newly released and free jailbreak tweak called DockX by iOS developer udevs, a simple add-on that brings a full-fledged pasteboard shortcut dock to the bottom of the iPhone’s native keyboard interface.

As depicted in the screenshot example above, DockX’s new pasteboard shortcut dock incorporates each of the following buttons:

Using these commands is relatively straightforward; just select a line of text and tap on the respective button on the dock to invoke the command. But some lesser-known commands also exist, such as:

Once installed, DockX adds a dedicated preference pane to the Settings app where you can configure the tweak to your liking: 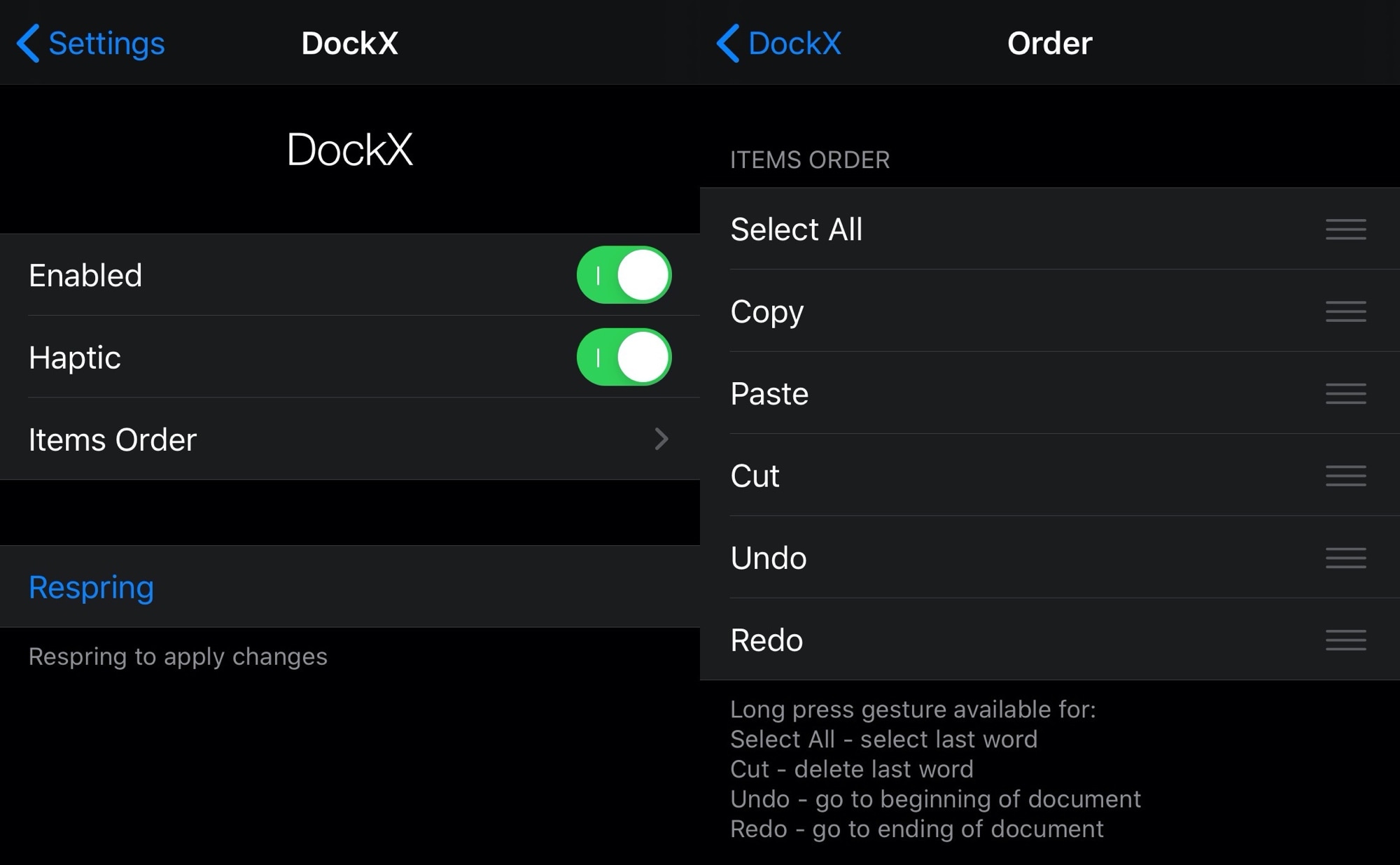 The developer includes a Respring button at the bottom of the preference pane so that you can save all the changes you make on demand.

DockX is a relatively simple and sleek tweak that can supercharge the native typing experience on any jailbroken iPhone running iOS 12 or 13. It’s worth noting that the tweak only works with the native keyboard, which means third-party alternatives from the App Store aren’t supported.

Do you have any plans to try DockX out? Let us know why or why not in the comments section below.