The Apple Card is Apple’s first credit card, and it appears to be successful in its own right. So perhaps it might not be too surprising to hear that Google is working on its own alternative.

TechCrunch has the report based on leaked imagery that shows Google may be working on what is being described as a “smart debit card”, which would be the company’s parallel to Apple’s own physical card. Of course, the differences between the two would be obvious from the get-go, including the ability to add money directly to Google’s debit card/bank account, versus simply using a line of credit and making payments.

Google’s offering would be a Visa-branded card, and it would provide tap-to-go support for a physical card, while also being able to be used for mobile payments through Google Wallet. It would also include detailed tracking for purchases, including prices and locations. That’s something that Apple Card offers as well.

A virtual card would be available for customers, which could be quickly locked or reset when needed. And customers could still use the virtual card even if they lose their physical card, or if it’s stolen.

As far as transaction information is concerned, Google will be showing quite a bit:

Users are shown a list of recent transactions, with each including the merchant name, date and price. They can dig into each transaction to see the location on a map, get directions or call the store. If users don’t recognize a transaction, it’s easy to protect themselves with the card’s vast security options. 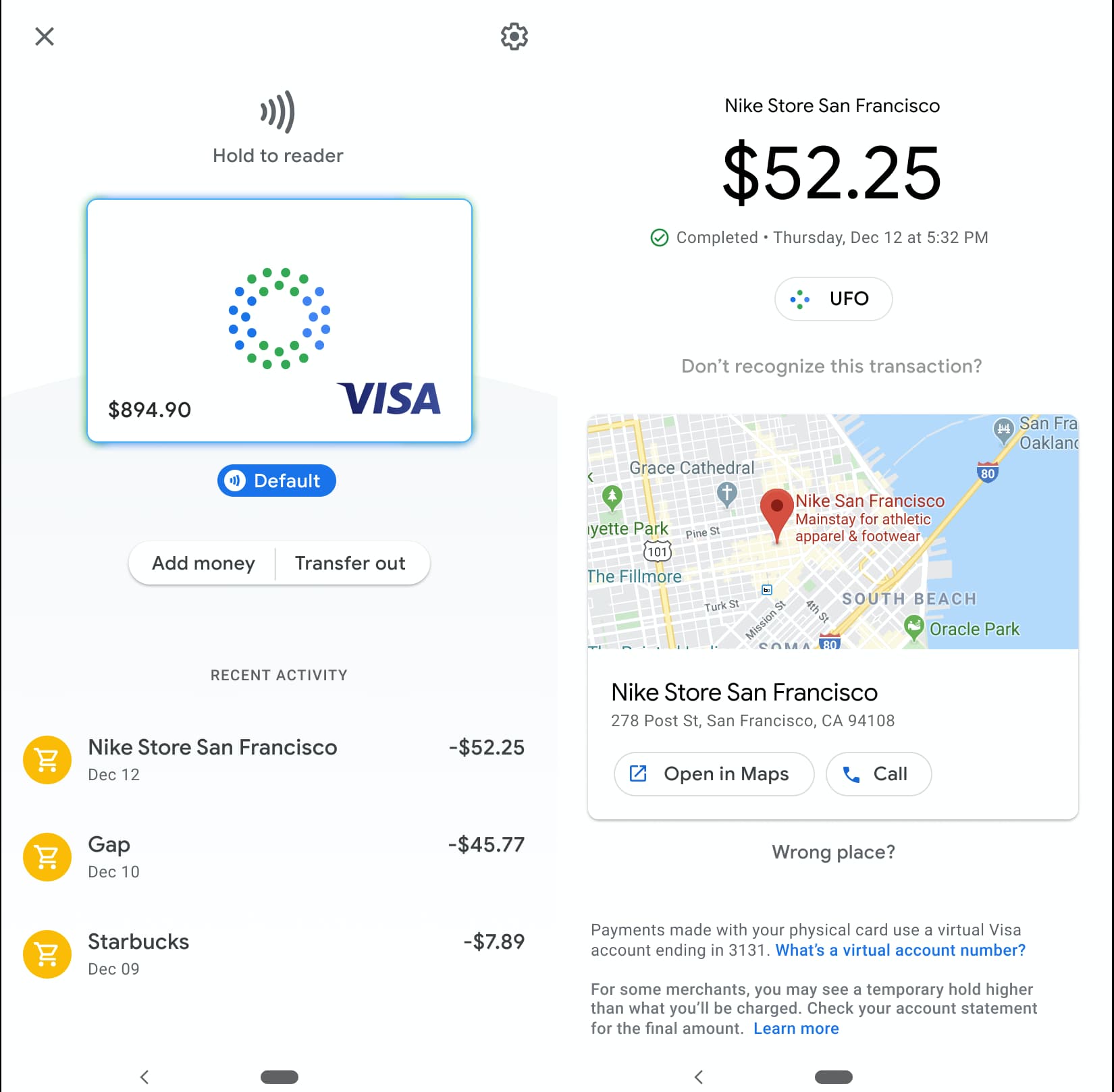 Google, for its part, is providing a boiler-plate response to the story. It doesn’t deny the possible development of a debit card, as it confirms once again that it is working on “smart checking accounts” accessible via Google Pay. Here’s the statement:

We’re exploring how we can partner with banks and credit unions in the US to offer smart checking accounts through Google Pay, helping their customers benefit from useful insights and budgeting tools, while keeping their money in an FDIC or NCUA-insured account. Our lead partners today are Citi and Stanford Federal Credit Union, and we look forward to sharing more details in the coming months.

Google jumping into smart checking accounts and debit cards makes sense for the company. It’s a possibly lucrative new stream of revenue, and, considering this is Google, it could open up even wider possibilities for data on customers. Hopefully that latter part would see a lot of opt-in options for future customers.

The new smart debit card is not a rival to Apple’s Card. It’s simply just another option. Unfortunately we don’t know when this new service from Google might launch, but considering the information provided in the original report it appears the company is pretty close to a finalized product.

If you’re interested in a Google-branded debit card (and smart checking accounts), be sure to head over to TechCrunch and check out the finer details.

Would you be interested in a Google debit card? Or a smart checking account? Let us know in the comments below!