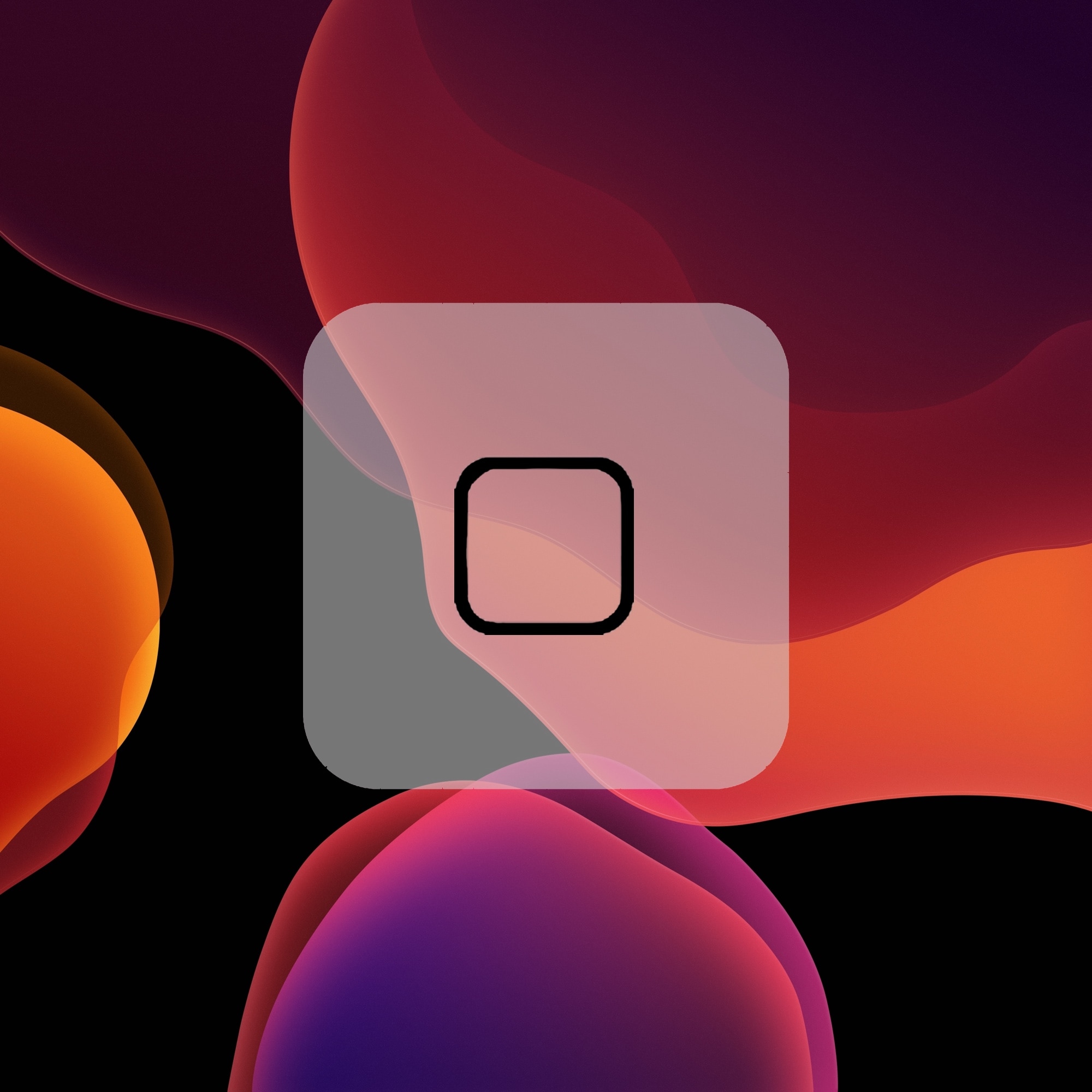 Activator, perhaps one of the most-used extensions ever created for the jailbreak community, received a beta update this weekend to add the first official support for iOS/iPadOS 13 since the checkra1n and unc0ver jailbreak tools made pwning these versions possible. At the time of this writing,  the latest Activator beta is now version 1.9.13~beta6. 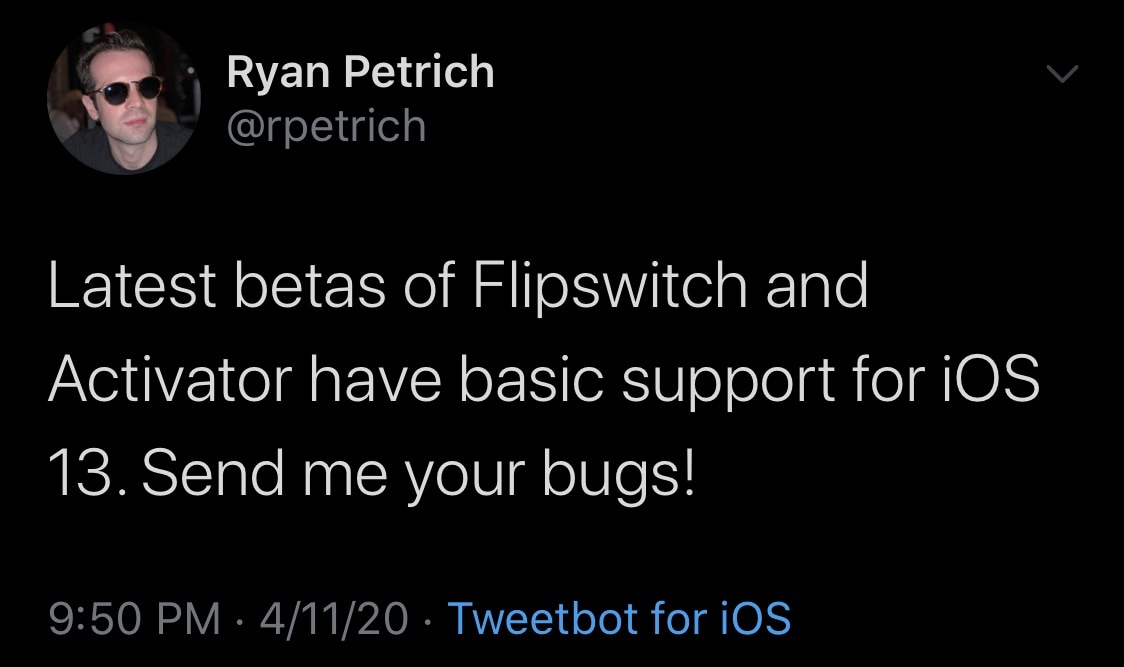 Albeit a beta version, this release is still particularly notable because it’s the first official update for Activator in almost one full year. Petrich appeared to go on a hiatus from the jailbreak community within the past year, but miraculously returned by surprise just a couple of weeks ago. 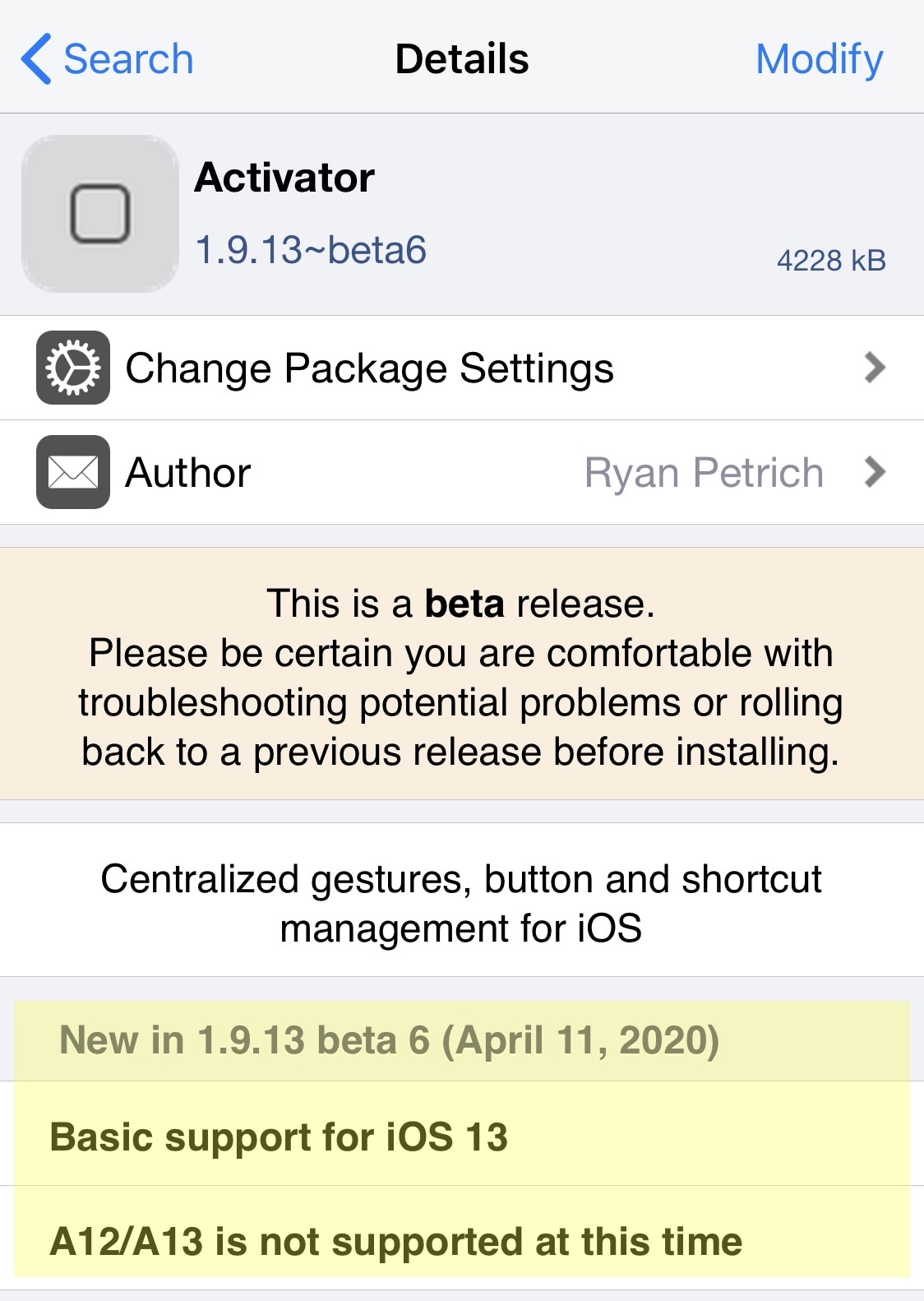 From what we can gather, Activator v1.9.13~beta6 and its Flipswitch counterpart do support iOS/iPadOS 13.0-13.4.1, but only on certain devices. As noted in the tweak’s depiction in Ryan Petrich’s beta repository, a small subset of devices, namely the A12-A13 variety, aren’t yet officially supported. We presume that this could change in the future as Petrich furthers development, but that notion hasn’t yet been confirmed.

Activator was once so central in the jailbreak community that innumerable jailbreak tweaks hooked into the extension to support custom gestures for tweak-centric actions. This is hardly the case today, as Activator hasn’t been updated in so long that tweak developers have simply been creating their own gesture-driven actions in-house. Now that Activator at least partially supports iOS 13, perhaps this will change…

Petrich requests that all beta testers forward bug report logs to him so that he can massage all the glitches out before pushing Activator for iOS 13 to the masses. Like with all initial beta releases, you’ll want to be mindful of bugs when using this version of Activator, as it may not be entirely stable just yet.

If you aren’t already testing Activator on iOS 13, then you can download it for free from Ryan Petrich’s beta repository. Those who haven’t added it to their preferred package manager yet, can do so via the following URL:

Have you installed the Activator beta on your jailbroken iOS 13 device yet? Discuss your experience with it in the comments section below.