If you are in need of a replacement AirPod, Apple is happy to oblige and send you one. Unfortunately, it may come preinstalled with a new, unreleased firmware. Which isn’t great.

As was first reported by iMore, based on stories from AirPods owners on forums like Reddit, Apple is currently sending out replacement AirPods with an unreleased firmware installed. That firmware version is 2D3, according to the report, which basically makes the replacement an unusable paperweight. Your AirPods need to be running the same firmware to function correctly, so this is definitely an annoying issue for AirPods owners who are experiencing it.

The problem appears to be mostly focused on the second-generation AirPods, but the first-gen AirPods are apparently not immune. 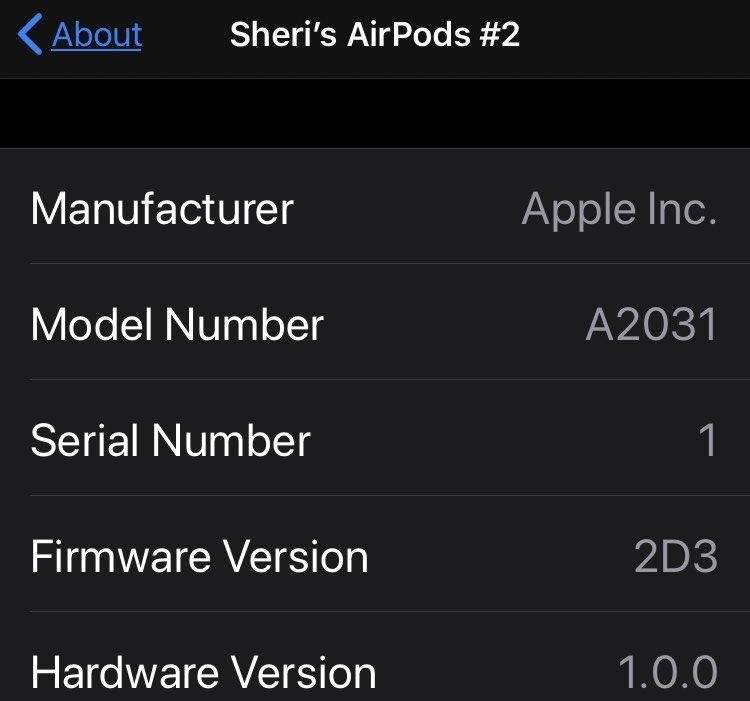 And there does not appear to be fix at this point, with Apple only informing owners they will need to wait until the firmware is released to the public. But many AirPod owners who are running into this issue and have spoken with an Apple technician on the matter are staying positive about the whole thing. Or at least trying to, per one owner:

I want to thank all the various (nine) technicians who spoke with me. I tried my best to be kind, patient and understanding In the midst of frustration and confusion. They were as helpful as they could be.

But this is an issue that has been going on for quite some time — already a week into April:

Day 7 and @apple still hasn’t released the 2D3 firmware for my second AirPod. Still can’t use both at the same time. @applesupport says I must just wait to use my under warranty, 90 day old AirPods. https://t.co/fTdH3b9QNB

This is an issue for those experiencing it, to be sure, but it doesn’t seem to be a widespread one right now. Not that this lessens the problem at all. The fact that Apple is sending out replacement AirPods with a new, unreleased firmware would be almost funny if there was a proper fix for it. But the fact AirPods owners who have to have a unit replaced are being told to basically wait it out isn’t great.

Have you experienced this issue at all, or know someone who has? Let us know in the comments below.