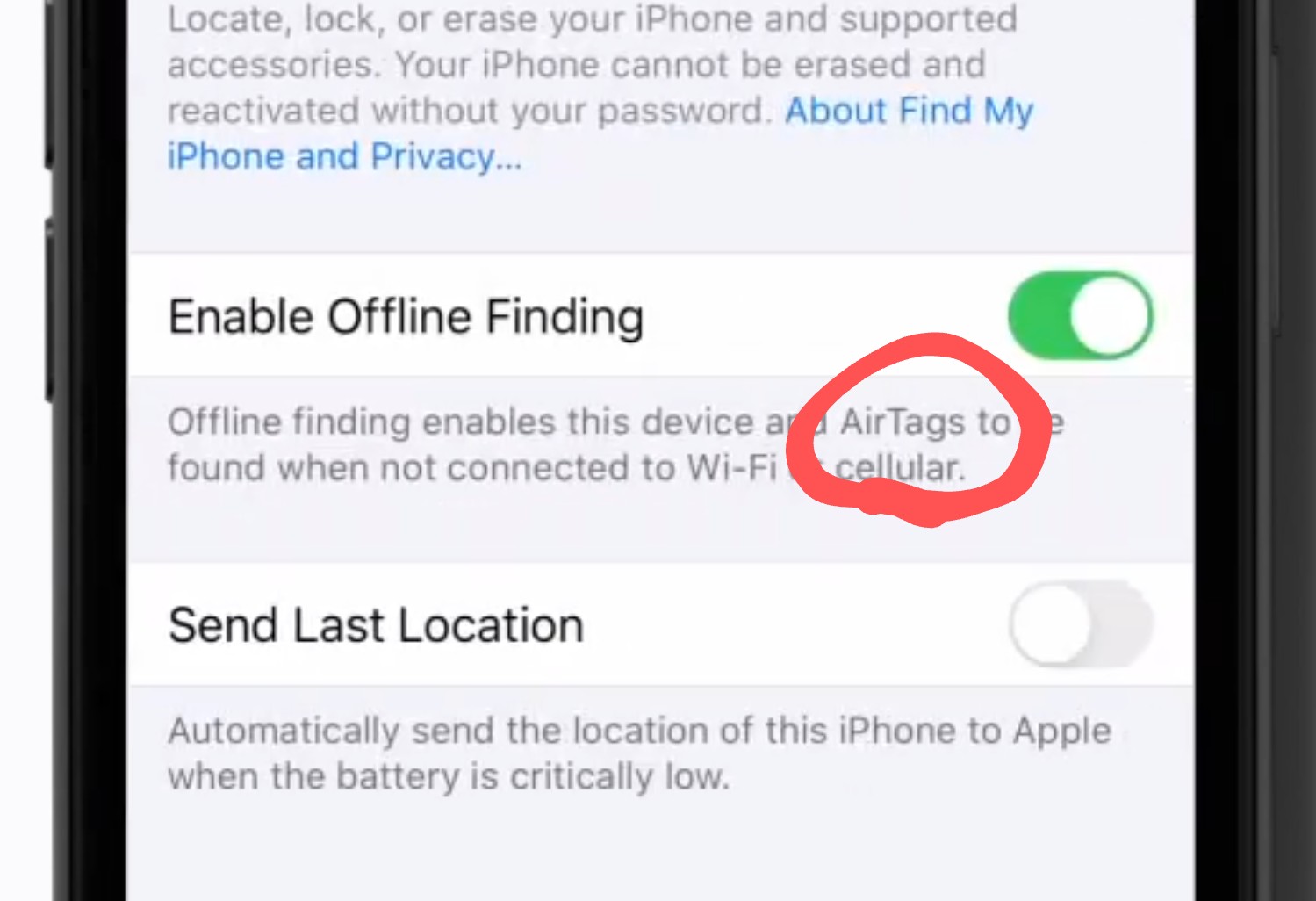 It’s been rumored for quite some time that Apple is working on an item-tracking device, and now the company has directly referenced the upcoming accessory.

That accessory in question is called AirTags, but in an unofficial capacity because the company hasn’t actually announced anything just yet. But we have the next best thing thanks to the folks over at the Appleosophy blog. Apple uploaded a new support video to its YouTube channel today — and quickly removed it — that directly references AirTags tracking devices.

AirTags was referenced in a specific moment in the video. The support video shows the Settings app, then digging further in by selecting Apple ID –> Find My –> Find My iPhone. The fine print in the video reads, “offline finding enables this device and AirTags to be found when not connected to Wi-Fi or cellular”. This isn’t an official announcement by any means, but it is a direct mention of the upcoming accessory by Apple itself.

Unfortunately, the video has been removed, which suggests someone jumped the gun a bit in publishing it. It also could suggest that Apple is gearing up to actually announce AirTags and launch them to the public.

AirTags have been rumored for months now, with the initial discovery surfacing in code for iOS 13 last year. The new accessory will be directly integrated into the Find My app, and Apple is going to add an “Items” tab within the app to make it even easier to keep tabs on.

Last we heard about AirTags, analyst Ming-Chi Kuo said that production of the AirTags accessory could ramp up in the first half of this year, and Apple could launch the product sometime in the fall. Either way, it certainly sounds like AirTags are the real deal and we should expect to see the accessory soon enough.

Are you looking forward to the impending launch of AirTags? Or will you stick with Tile for this particular need?