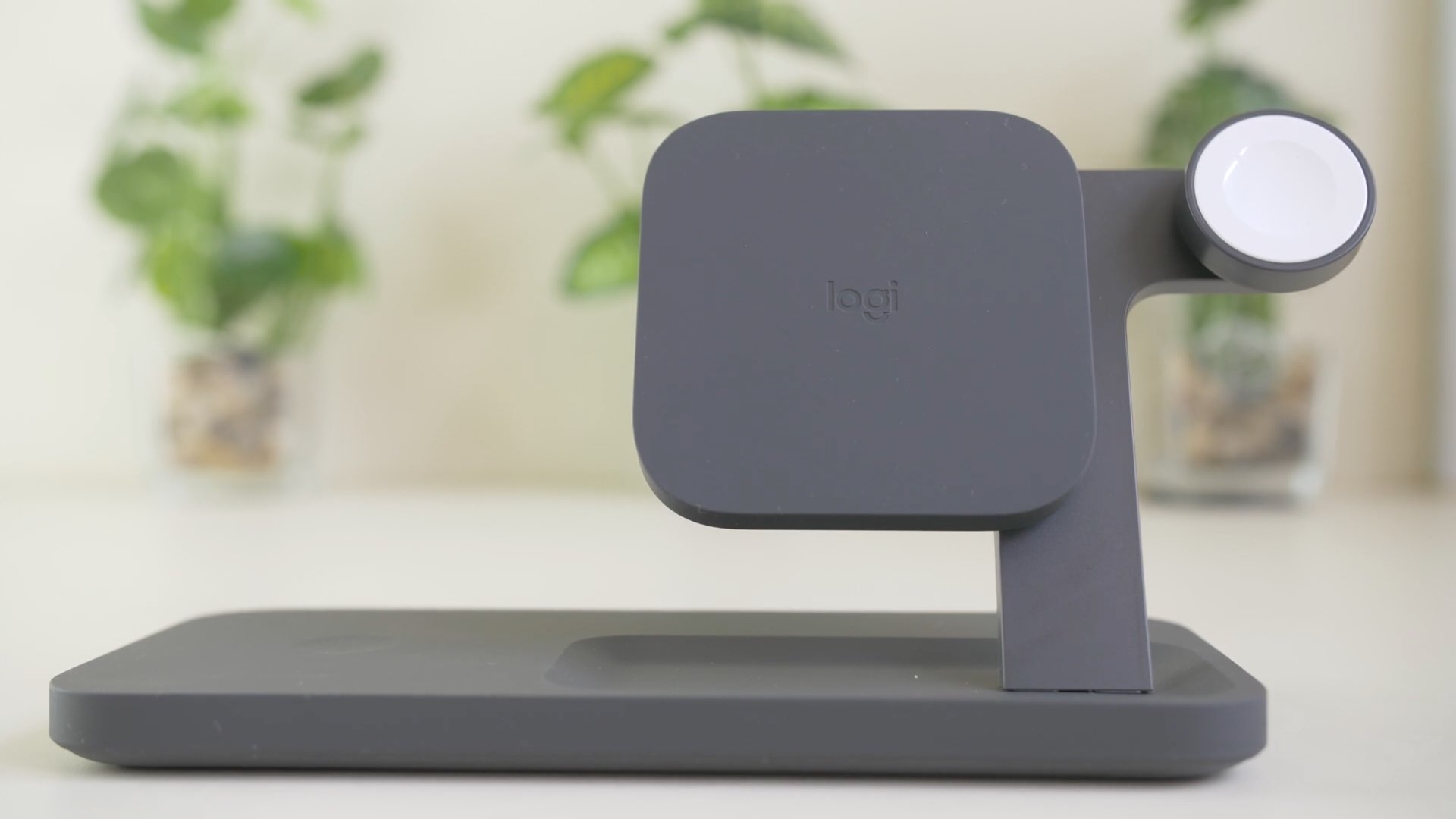 Logitech last Wednesday expanded its Powered family of Qi wireless charging accessories with three new models: an elegant stand, a simple charging mat and a versatile 3-in-1 dock designed to wirelessly charge your iPhone, Apple Watch and AirPods simultaneously. In this video walkthrough, we go hands on with the company’s 3-in-1 Powered stand.

The stand provides fast 7.5-watt charging for the iPhone 8 and above via Qi-compatible inductive charing on both its vertical and horizontal docking stations. For those wondering, these docking stations provide a maximum of ten watts of power each.

The built-in Apple Watch charge disc on the right side is rated at five watts of power. 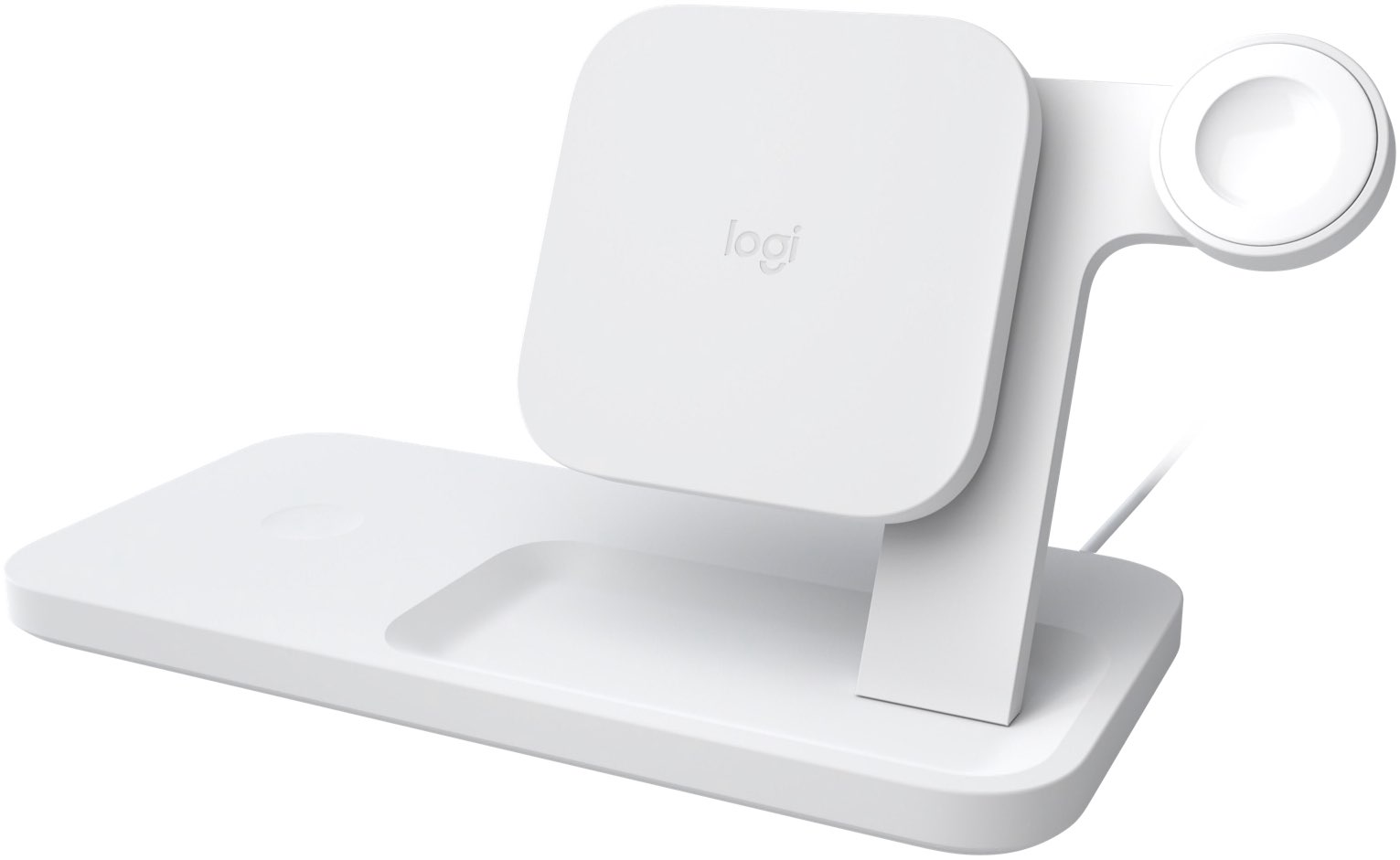 And because it conforms to the Qi specification, this dock can also charge any non-Apple Qi devices such as popular smartphones from Samsung, Google, LG and more.

Here’s our video review of the Logitech 3-in-1 Powered stand.

Thanks to the square-shaped dock, you just line your devices up with the sides for drop-and-go charging like a pro! The stand form factor (stand angle is 65 degrees) allows you to use your iPhone while it’s being charged to watch movies, conduct FaceTime calls and more.

The dock works with most phone cases 3mm or thinner and has a subtle indicator light that glows when you’re charging. As a nice touch, product packaging includes a wall plug with a 1.5-meter cable and a high-speed power adaptor.

The 3-in-1 dock and the stand are available in Graphite and White color, while the pad comes in twice the color options: Graphite, White, Blue Sage and Lilac. Only the 3-in-1 dock is currently available to purchase. The pad and stand can be pre-ordered.

As we mentioned earlier in this review, all three accessories are compatible with the Qi standard and provide juice wirelessly at up to ten watts of power, making these Powered chargers work great not only with the latest Android devices but also with future iPhones that are almost certainly going to increase their charge speed from 7.5 watts currently to ten watts.

To learn more about the Powered family, visit the Logitech website.