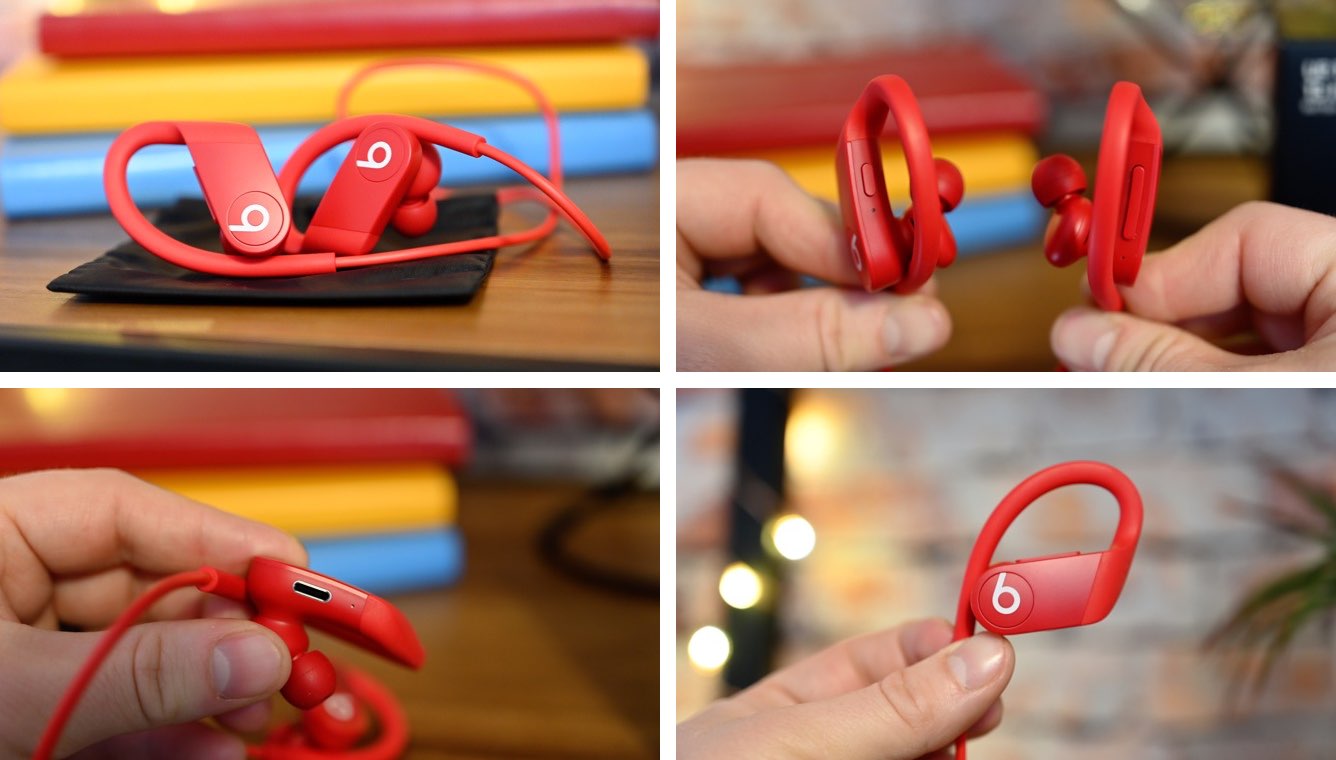 Apple has yet to announce its fourth-generation Powerbeats4, but that hasn’t stopped AppleInsider’s Andrew O’Hara from getting his hands on these upcoming sporty headphones.

A few key findings include:

Packaging includes three additional sizes of ear tips, a charging cable, the getting started guides and a nylon travel bag. Given these earphones cost $50 less than the previous model, the new Powerbeats4 will be likely positioned as Apple’s entry-level workout earphones.

Watch AppleInsider’s hands-on video walkthrough of the Powerbeats4, embedded below.

They are designed to stay in place with ear tips that go into your ears as well as have ear hooks that are moldable and wrap around your ears. A cable connects the headphones together —the biggest difference between these and the Powerbeats Pro.

Apple has likely updated the internal chipset of the Powerbeats 4 to its own H1 chip, replacing the W1 found in the Powerbeats3. The H1 brings new features such as improved battery life, now up to 15 hours, and ‘Hey Siri’ support.

The new earphones are sweat and water resistant like their predecessor.

Unlike Powerbeats3, Powerbeats4 use Lightning charging, but Apple only included a USB-A to Lightning cable and not a USB-C cable as with the AirPods Pro.

We’ve only been using the Powerbeats 4 for a few hours thus far but so far we are very impressed with the improvements. Battery gains are substantial, the new design is much more polished and we like the change from a flat cable to a round one.

These earphones should release later this month because they appear to rely on iOS 13.4 for all features, and iOS 13.4 is currently in beta testing and should release by the end of March.

What are your thoughts on the Powerbeats4 so far?

Let us know what you think of them in the comments down below.