One of the things I love most about iOS 13 is the redesigned volume HUD. Instead of planting itself directly in the center of my display, the redesigned interface appears at the left side of the screen near the volume buttons, and collapses after a moment of inactivity to be as discreet as possible.

Despite the undeniable improvements that the iOS 13 volume HUD brought when compared to previous iterations of iOS, you’d be right to assume that the jailbreak community is continuously working on ways to make it better. A prime example is a newly released and free jailbreak tweak dubbed VolumePercent by iOS developer gilshahar7.

As depicted in the screenshot examples above, VolumePercent displays a numeric volume percentage in line with iOS 13’s redesigned volume HUD interface. The volume level percentage appears whether the volume HUD is at peak size or scaled down to its minimized inactive state.

Once installed, VolumePercent adds a preference pane to the Settings app where you can configure a few options to your liking: 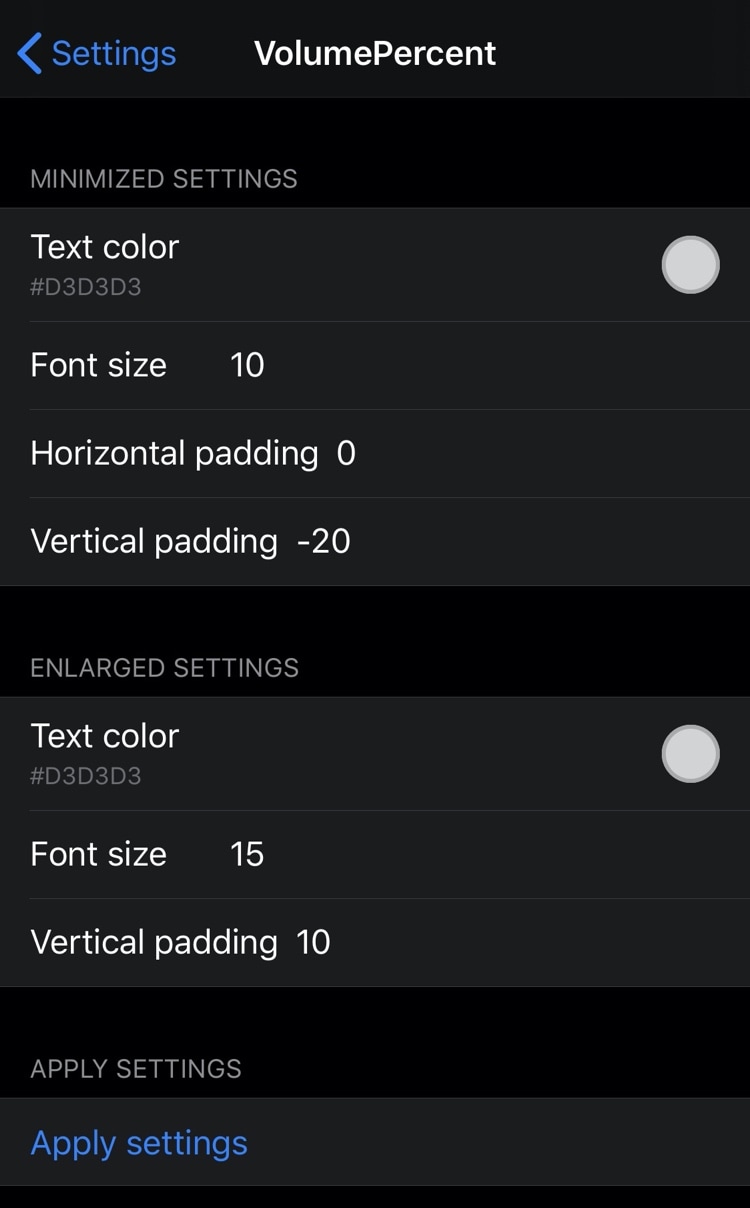 The developer includes an Apply Settings button at the bottom of the preference pane so that you can save any changes you make on demand.

For what it’s worth, you could already ascertain your handset’s volume level via the visuals implied by the volume HUD interface itself – VolumePercentage merely quantifies that volume level for your visual pleasure and applies it to iOS’ native interface.

Those interested in trying VolumePercentage can download the tweak for free from the Packix repository via their preferred package manager. The tweak supports jailbroken iOS 13 devices and is open source on the developer’s GitHub page.

Will you be downloading VolumePercentage on your pwned iOS 13 handset? Let us know why or why not in the comments section below.