Being able to quickly reach your digital assistant of choice with your voice is pretty handy. And it sounds like Spotify wants to jump on that bandwagon, too.

App researcher Jane Manchun Wong has published an image on Twitter recently (via Engadget), showcasing a new feature called “Hey Spotify”. The detail of the feature, when it’s switched on, reveals that the app will listen for the familiar phrase when it’s not only active, but on your devices screen. So basically “Hey Spotify” will only work when the app is running and in the foreground. 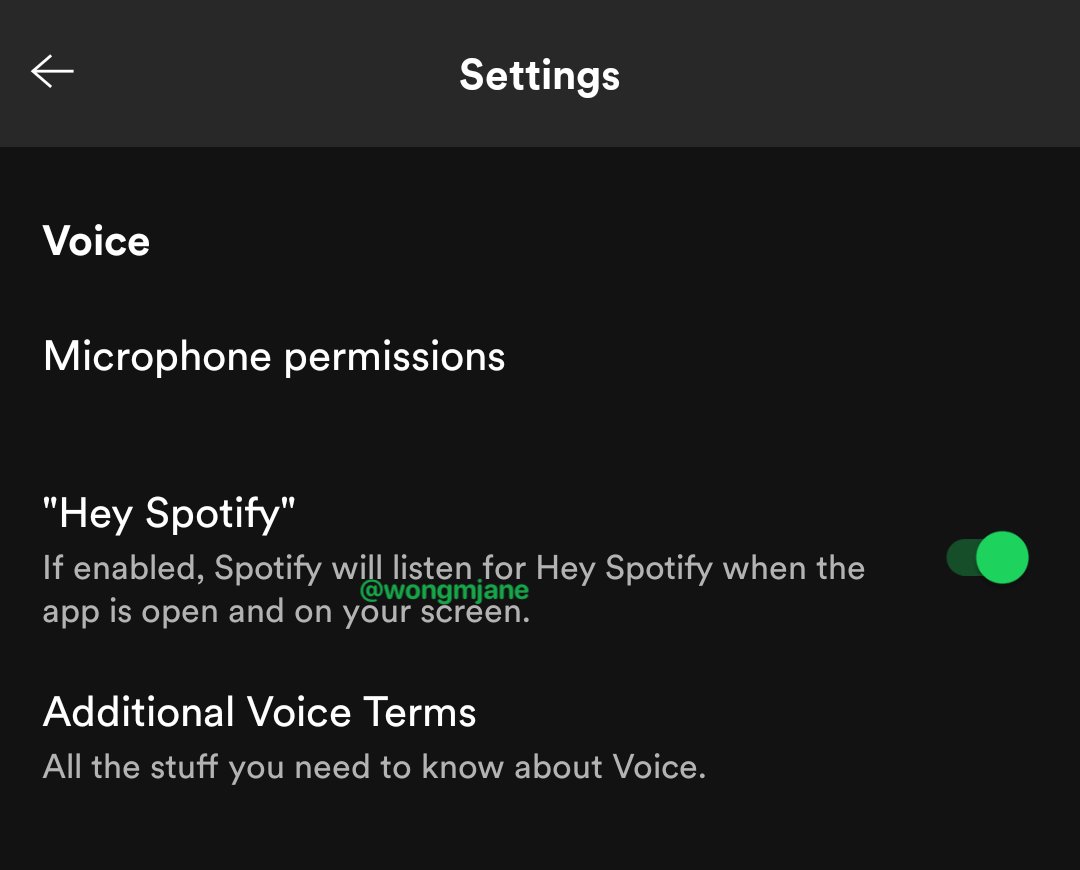 This may limit the functionality a bit right out of the gate. However, it’s certainly better than nothing for folks who use Spotify on a regular basis. Especially for those who might use their phone in the car (hands-free, of course), and don’t want to always rely on using lock screen touch controls while they’re driving.

Last year, it was rumored that Spotify was working on an in-car music device that would support voice controls. The inclusion of “Hey Siri” would make a lot of sense in a device like that.

Of course, nothing is official just yet. The new “Hey Spotify” feature may see the light of day soon enough, but it also may get axed before it launches, too. But, if you’re a Spotify user, do you hope this is something that rolls out to the public soon?