It was only yesterday that talented hacker and iOS exploit tinkerer Jake James released time_waste, a reworked version of Brandon Azad’s oob_timestamp tfp0 exploit. Time_waste solves many of the memory leak issues that were present in the oob_timestamp exploit, and given the apparent enhancements, it’s not difficult to see why Pwn20wnd switched to using James’ exploit for the unc0ver jailbreak instead.

But while the aforementioned advantages are obvious, that didn’t stop James from taking things a step further. Just this afternoon, James announced via Twitter that he had managed to get the time_waste tfp0 exploit working on iOS 12; moreover, it even seems to play nicely with A8X-equipped devices: 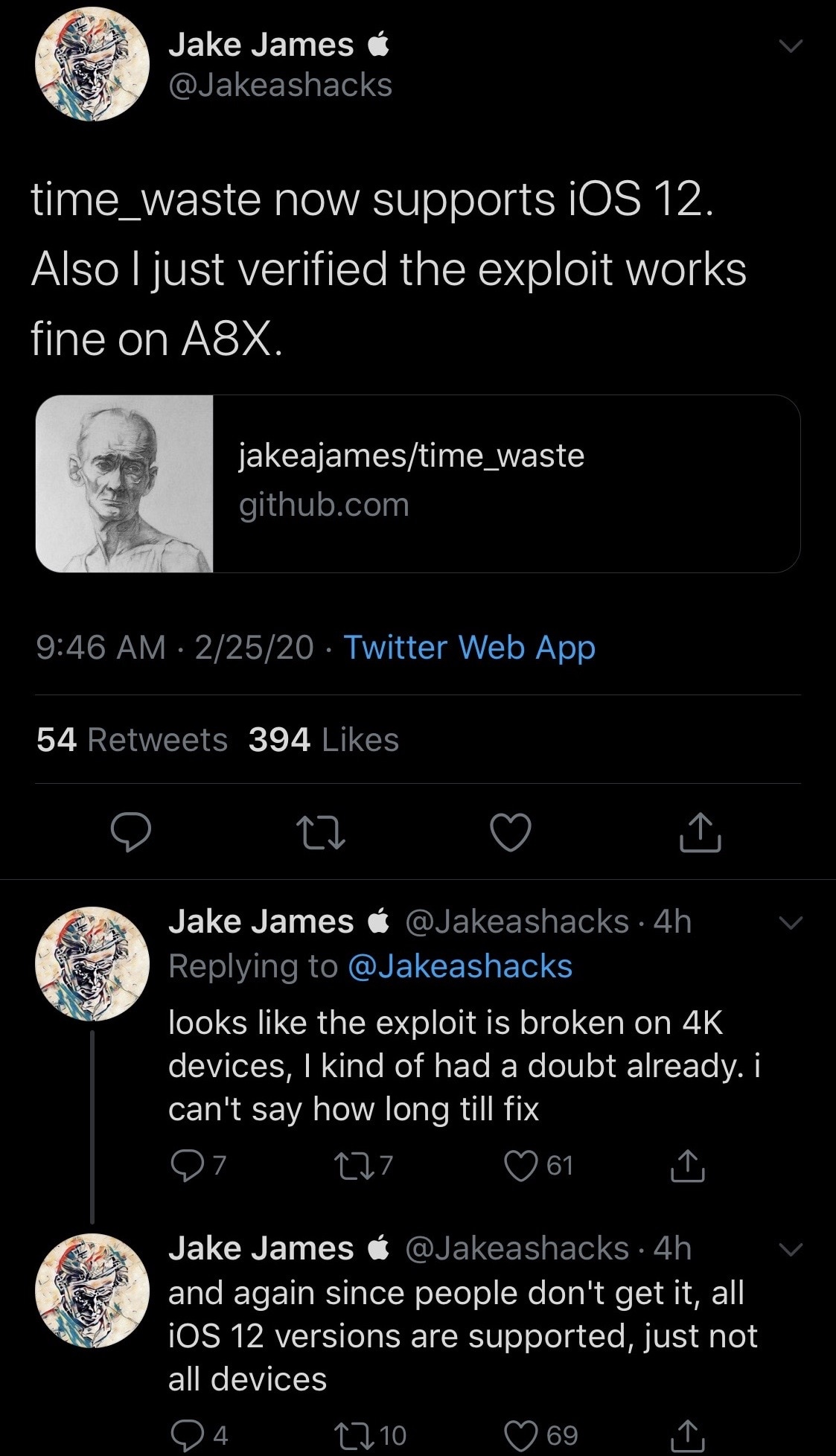 In follow-up Tweets, James noted that time_stamp worked on all versions of iOS 12, which is good news considering the fact that unc0ver does not currently support versions newer than iOS 12.4.1. On the other hand, James added that the exploit was broken on older 4K devices like the iPhone 6 and that it doesn’t work on every device type. Additional work would be required to fix this, assuming that’s even possible.

Previously, time_waste was an iOS 13-only exploit. We’ve already witnessed just how powerful time_waste is, as it currently powers the unc0ver jailbreak for all devices running iOS 13.0-13.3 from A8X-A13. With that in mind, it should be interesting to see just how much more capable it will become as James continues working on it and how it might impact the jailbreakability of 4K devices that are running newer versions of iOS 12 that can’t currently be jailbroken.

Are you excited about the rapid progression of these tfp0 exploits? Let us know in the comments section below.