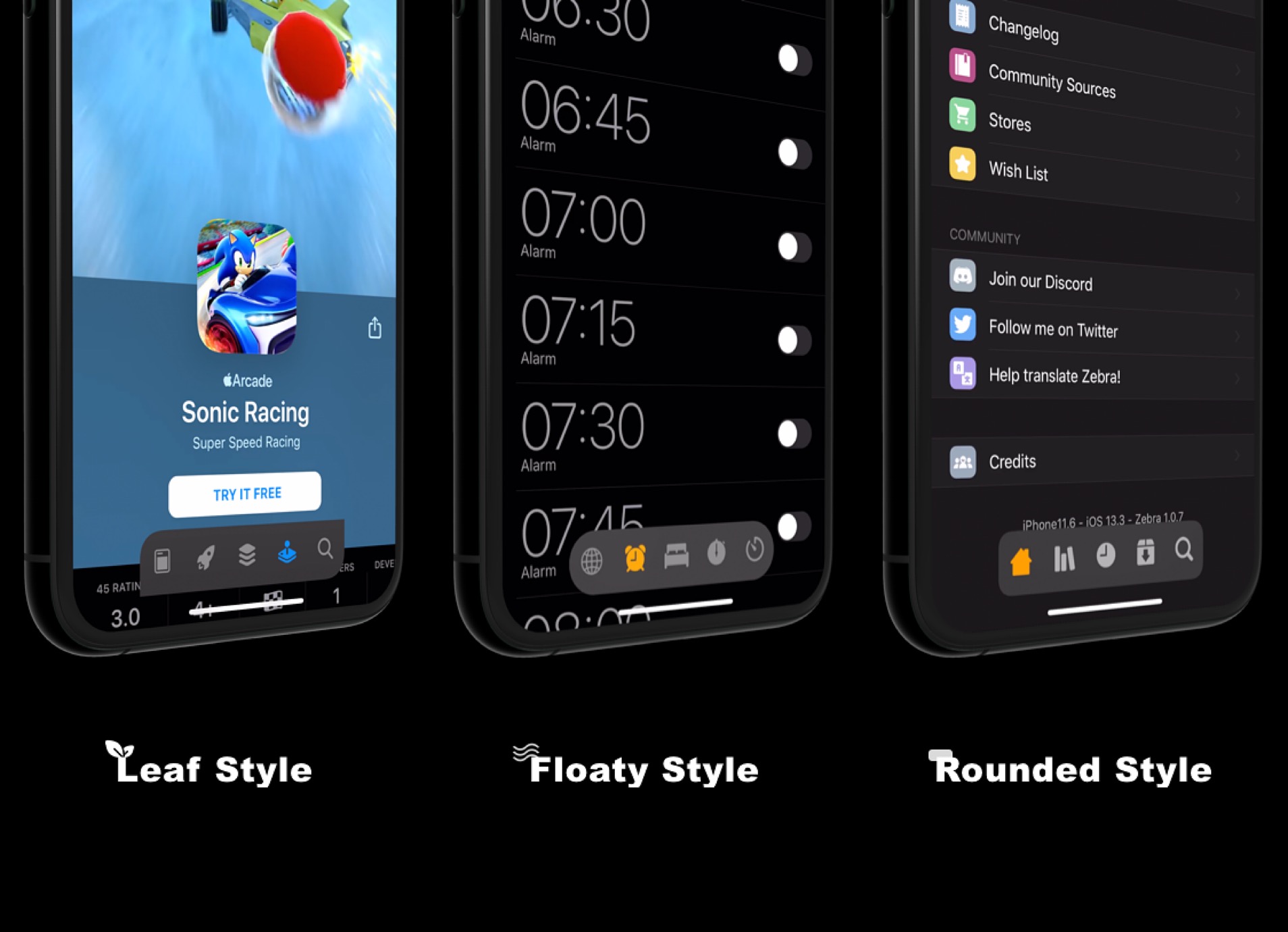 As you use apps on your iPhone, you’ll often notice a bar of tabs at the bottom of your handset’s display. This is generally referred to as the Tab Bar, and it hosts shortcuts to different sections of whatever app you might be using.

Those who’ve been using the iPhone for several years would be able to tell you that the Tab Bar hasn’t changed much since the original version of iOS. For that reason, a newly released jailbreak tweak called FloatyTab by iOS developer Dylan West aims to bring changes that are both functional and aesthetically-pleasing.

As you might have noticed from the screenshot examples above, FloatyTab makes your Tab Bar float over the app’s interface as opposed to being cemented to the bottom of your display. The floating interface works the same way as the original Tab Bar would, but the interface is a lot better looking and more customizable than the original.

Right out of the box, FloatyTab lets you choose between three distinct styles, including Floaty, Leaf, and Rounded. What’s more is you can actually colorize the floating bar however you want to make it as subtle or as discernible as you want.

FloatyTab doesn’t support every application, but it currently supports the following:

Once installed, you’ll find a dedicated preference pane in the Settings app where you can configure FloatyTab however you want:

A great deal of customization indeed, and there are plans to support more apps going forward as the tweak receives updates.

Those interested in trying FloatyTab can purchase it from the Twickd repository for $0.99 via their preferred package manager. The tweak currently supports all jailbroken iPhones running iOS 13, but is not yet compatible with the iPad.

Will you be changing up your handset’s Tab Bar with FloatyTab? Let us know why or why not in the comments section below.