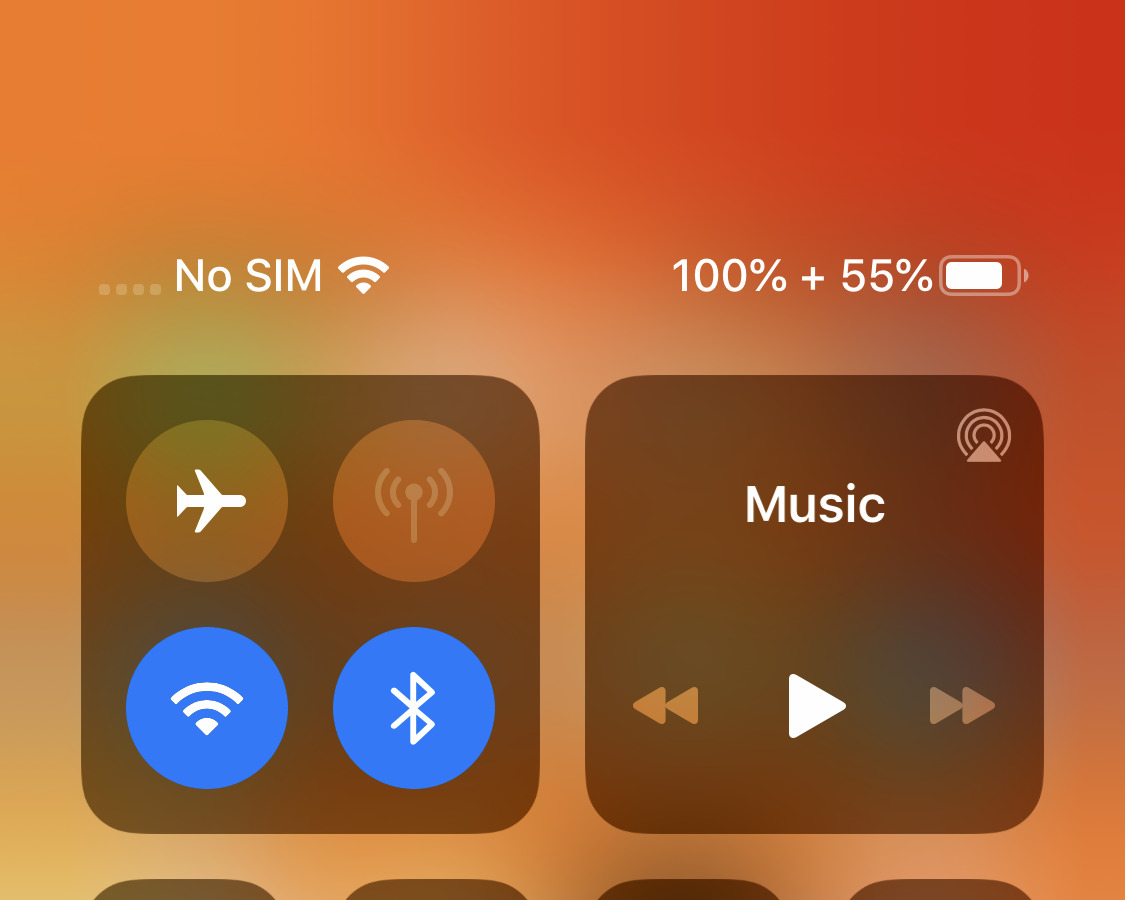 If you’ve ever used an Apple Smart Battery case before, then you’ve undoubtedly come to realize that one of its biggest pitfalls is the fact that your Status Bar’s battery level indicator displays both a 100% charge and the charging bolt almost all the time (unless the Smart Battery Case is due for a recharge).

Quanta changes this behavior substantially, and it begins by preventing the Status Bar from displaying the charging bolt at all times. Additionally, it prevents your iPhone’s battery level indicator from showing “100%” charge all the time.

Instead, it uses an intelligent algorithm to calculate a more accurate ‘overall’ battery level using data from both the internal and external batteries. Moreover, it takes into account the fact that the Smart Battery Case’s battery is only about one-third of the capacity of the iPhone’s internal battery. The final figure is then used to depict the battery level icon in the Status Bar.

If that wasn’t cool enough, users can open Control Center to see each of the individual battery levels in the same place. The developer tells us that these details are more-or-less pulled directly from the Battery widget.

In addition to making the Status Bar’s battery level indicator a whole lot more accurate, Quanta also gives you more robust battery details in the Battery Health section of the Settings app. The new information gives you a more comprehensive view of the Smart Battery Case’s wear and tear, giving you a better idea of how long it’ll be before it’s time to replace the case.

Those interested in improving their Smart Battery Case experience on their pwned iPhones can download Quanta (iOS 13) for free from the Chariz repository. As the name suggests, the tweak is only intended for jailbroken iOS 13 devices, but support for iOS 12 could come in the future if there’s enough demand for it.

Do you think Quanta is an improvement over the way Apple displays the battery levels of each device? Discuss in the comments below.