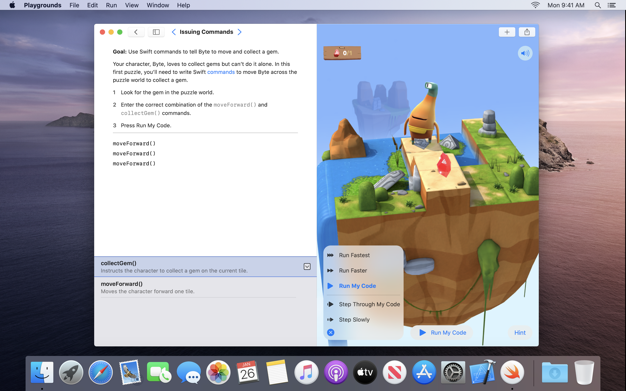 Apple wants to help you “learn coding the fun way”, and to do that it has Swift Playgrounds.

Swift Playgrounds requires no coding knowledge, so it’s perfect for students just starting out, from twelve to one-hundred-and-twelve. The whole time you are learning Swift, a powerful programming language created by Apple and used by professionals to build many of today’s most popular apps. Code you write works seamlessly as you move between Mac and iPad.

The new app is available now from the Mac App Store.

Who’s going to install it and try it out?