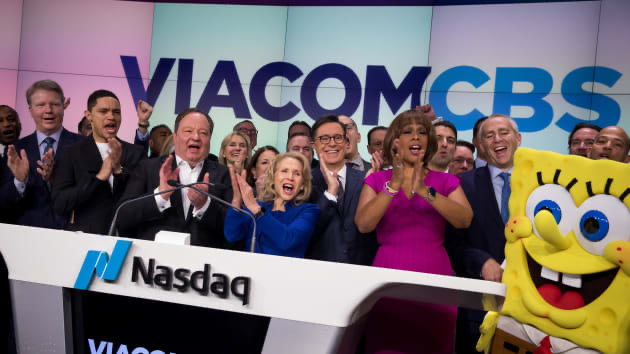 Many streaming services see their strengths in the back catalog, which is why major mergers are happening to help bolster the sides of the “streaming wars”.

Take, for example, the planned merger between Viacom and CBS, which was announced last year. Now that that’s complete, the next step is to launch a streaming service — because of course it is (via CNBC). This will build upon the already available CBS All Access, with the brand new “ViacomCBS” bringing in a plethora of new content from the likes of additional networks BET, Nickelodeon, Comedy Central, Pluto TV, and MTV.

The new streaming service will also offer up content from Paramount Pictures. That includes the Star Trek films, as well as The Godfather and its sequels. There are about 3,600 films under the Paramount banner that could be available from the ViacomCBS streaming service.

While ViacomCBS is still finalizing everything, it sounds like the streaming service will offer a variety of different tiers to potential customers when it launches. There will be a free, ad-supported option for folks who don’t want to fork over any money. There will then be two tiers after that, each of which will cost some amount of money per month.

The “base” tier could cost less than $10 per month, while a more premium option will also include content from the premium network Showtime, which will cost, probably, more than $10. But again, none of these prices are apparently set in stone so things could change. But none of these pricing elements seem unrealistic.

ViacomCBS will still offer some of its other streaming options as standalone services, including CBS All Access and BET+. However, the new company’s hope is that customers will just spend a bit more money per month to get all the other content, too.

When will ViacomCBS’s streaming service arrive? No details in that regard just yet. But it’s just one more option coming down the pipe. NBC’s got one coming soon, too, with Peacock set to launch in July of this year. And we can’t forget about HBO Max, right? That arrives in May!