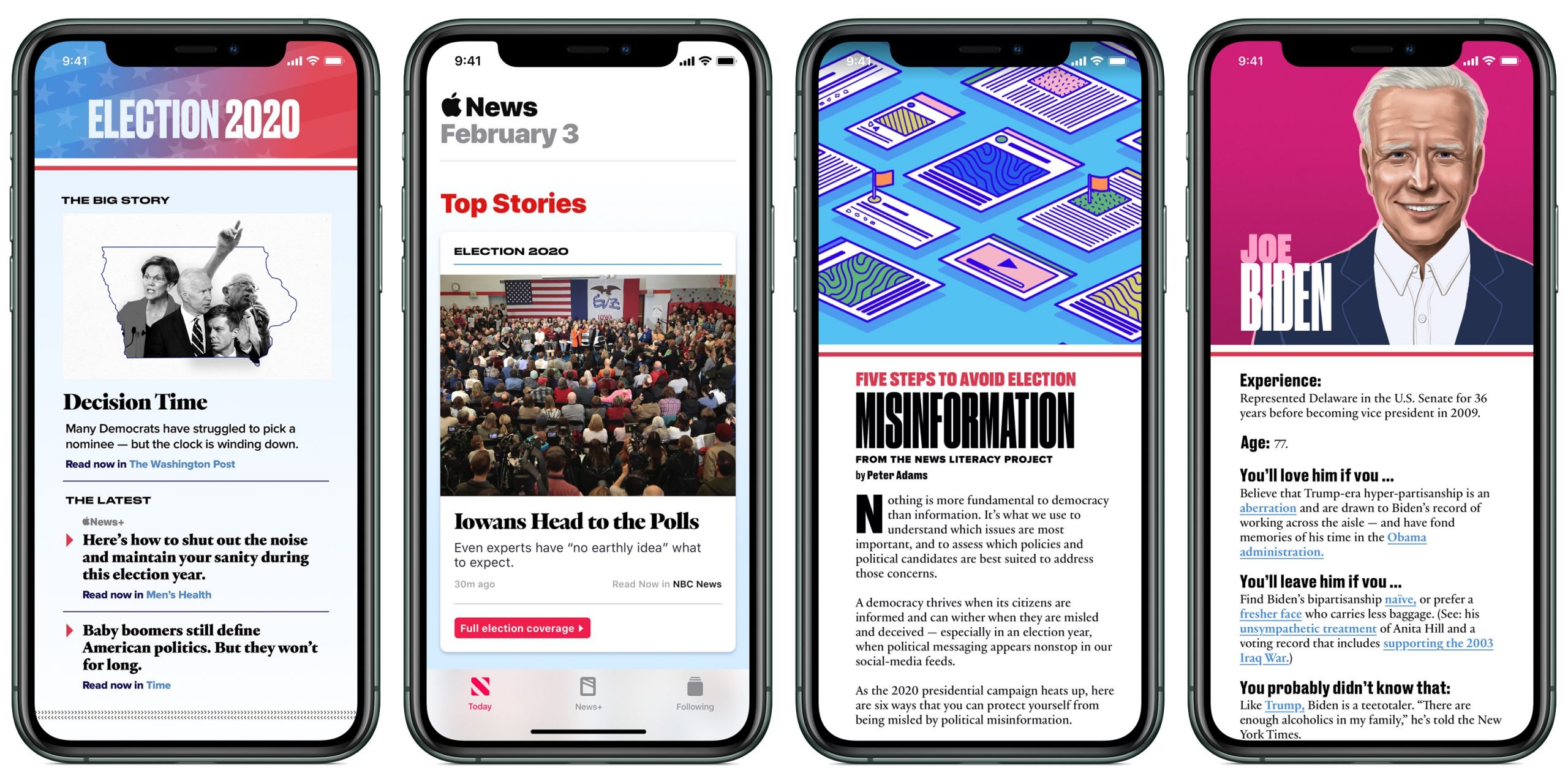 Curated by the Apple News team, it offers a complete guide to candidates, issues and news you need to know about, with reporting and analysis from a variety of trusted sources The special 2020 election coverage is available to Apple News users in the United States through the Today tab in their News app on iPhone, iPad and Mac.

Beginning with the next Democratic debate in New Hampshire on February 7, Apple News will feature live-streaming video from ABC News, along with up-to-the-moment analysis from FiveThirtyEight and real-time updates from a variety of news outlets. 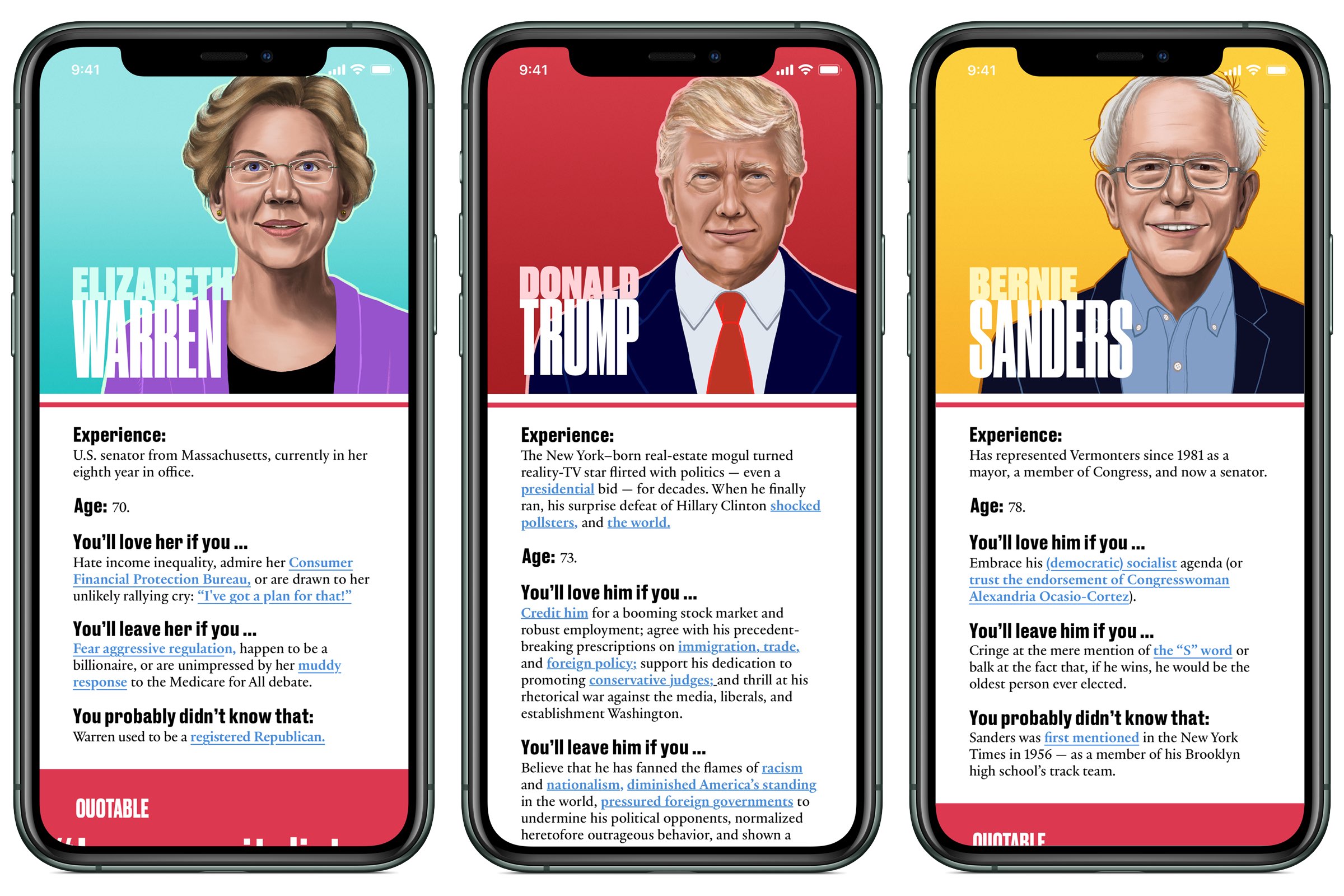 The company noted in a press release issued Monday:

Apple News 2020 election coverage includes a series of curated guides, special features and resources. Readers from all political viewpoints get one convenient place to access reliable election information throughout the year, stay informed about the issues and follow major election moments — including the debates, Super Tuesday, Democratic and Republican conventions, election night and the 2021 presidential inauguration — in real time.

The features that are not available in Apple News include: 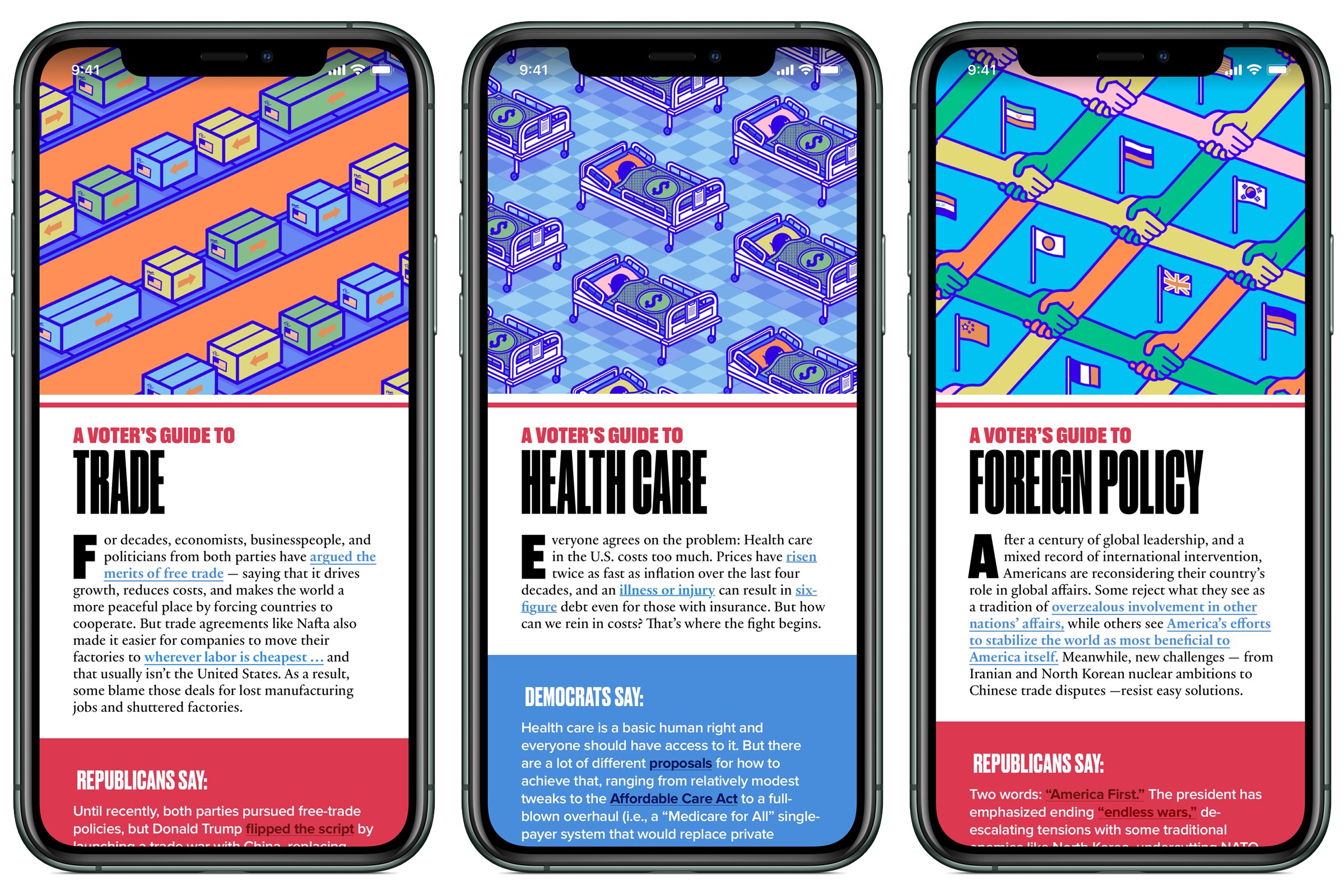 Aside from a guide to each presidential candidate, the Apple News election coverage includes special features designed to help voters understand complex topics such as foreign affairs, income inequality, trade, immigration, education, health care and others.

The tech giant also highlighted a special news literacy guide which was designed to help readers “identify misinformation online”. This section includes tips for seeking out accurate and reliable information and was created in partnership with the News Literacy Project.

The 2020 United States presidential election is scheduled for Tuesday, November 3, 2020.