If you use your iPhone as a media player just as often as you use it as an internet communications device, then we have no doubt that a newly released jailbreak tweak dubbed ezskip by iOS developer Kushy will be able to improve your music listening experience.

Just as the name implies, ezskip was created to make skipping between Now Playing music tracks even easier – even when your iPhone is locked in your pocket. With it, you can program one of two different volume button-based gestures to quickly skip to the next track in any Music app.

In addition to helping you skip to the next music track more easily in your daily usage, ezskip includes an integrated song announcer that can display a notification when the Now Playing song changes, as shown in the screenshot example above.

For a quick demonstration of how the tweak works, check out the video below by the developer:

After you install ezskip, you’ll find a dedicated preference pane in the Settings app where you can configure the tweak to your liking: 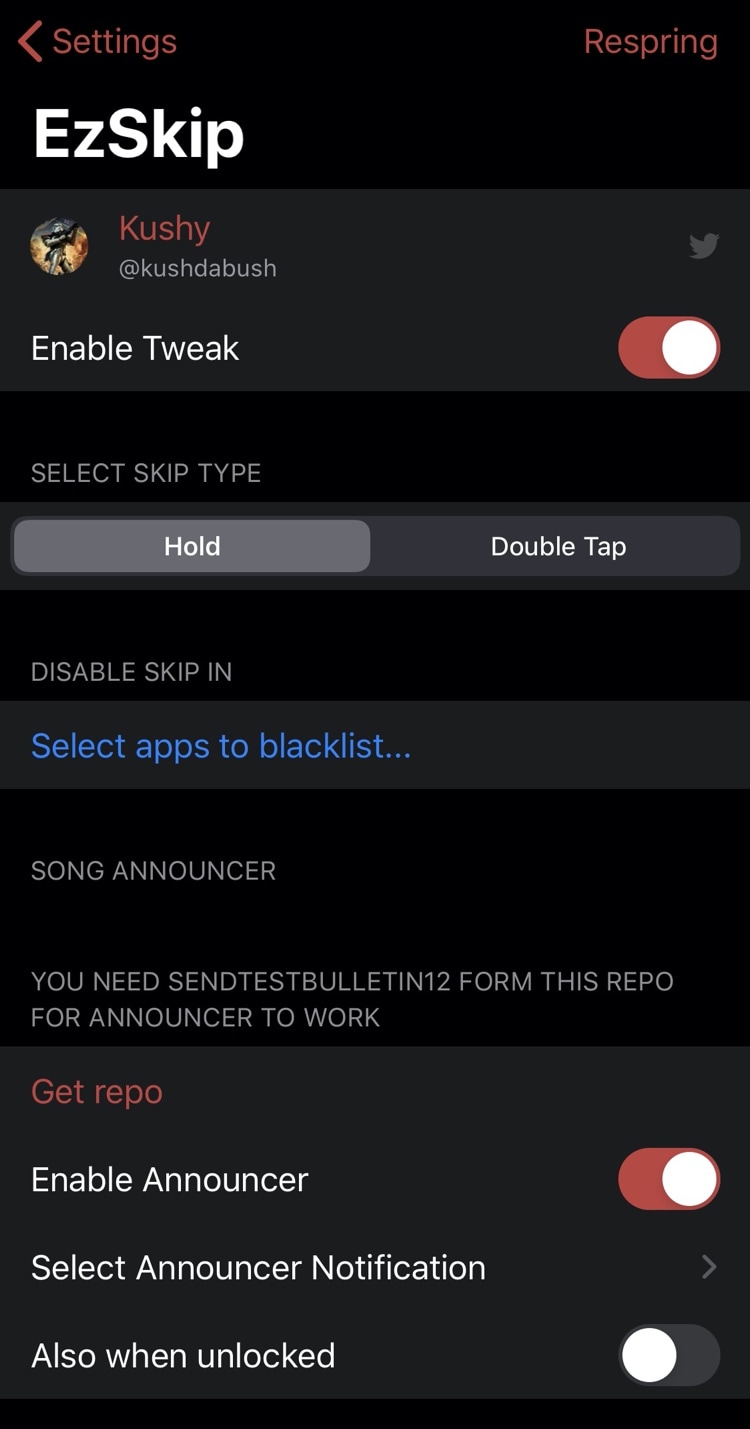 From here, you can:

As you might’ve noticed already, the tweak necessitates a dependency called SendTestBulletin12 for the announcement feature to work. Fortunately, the developer incorporates a handy link for adding his repository to your package manager to get the dependency you need.

The developer also includes a Respring button at the top right of the primary preference pane, allowing you to save any changes you make on demand.

If you listen to music a lot, especially during workouts when your iPhone might be in your pocket, this tweak can help you skip to the next track more easily without ever having to interact with your touch screen. The tweak is available for $0.99 in the Packix repository and supports jailbroken iOS 12 and 13 devices.

Do you like what ezskip brings to the table for music listening? Let us know in the comments.