Jailbreakers who enjoy theming and colorizing their iOS device’s native user interface may want to turn their attention to a newly released and free jailbreak tweak named ColorScroll by iOS developer shepgoba.

Just as the name implies, ColorScroll permits users to configure custom colors for their handset’s scroll bars, which appear an disappear dynamically when you begin scrolling up or down an app’s interface with your finger.

An example of ColorScroll is depicted in the screenshot example above, where the scroll bar has been colored a red color instead of the standard gray.

ColorScroll puts a preference pane in the Settings app where you can customize your scroll bar’s aesthetics: 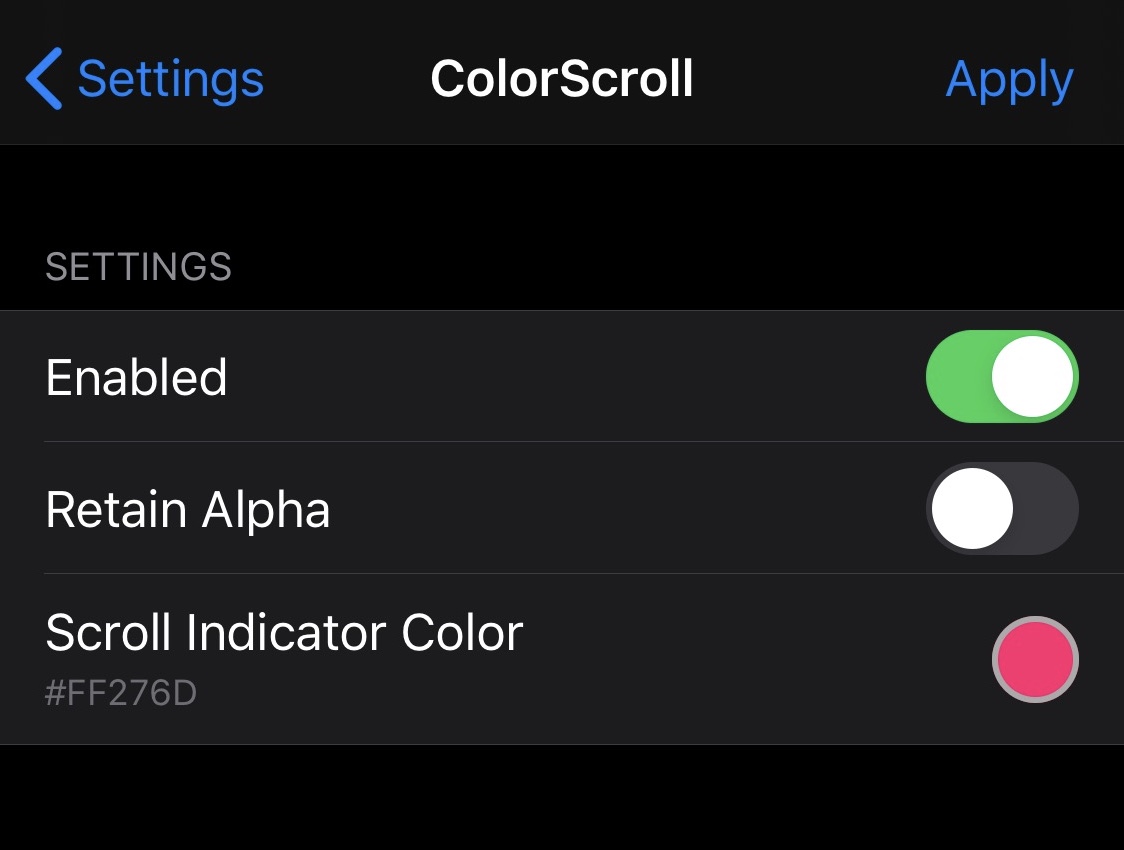 The developer provides an Apply button at the top right of the preference pane so that you can save any changes you make to the options.

If you, like me, prefer subtler methods of UI customization, then it’s hard to go wrong with a tweak like ColorScroll. The effect isn’t overbearing, but it can still be used to give your handset a personal touch in ways Apple simply won’t allow out of the box.

Those interested in trying ColorScroll can download the tweak for free from shepgoba’s repository in their preferred package manager. The tweak appears to work nicely on jailbroken iOS 12 and 13 devices.

Will you be adding a touch of color to your iPhone or iPad with ColorScroll? Let us know in the comments.